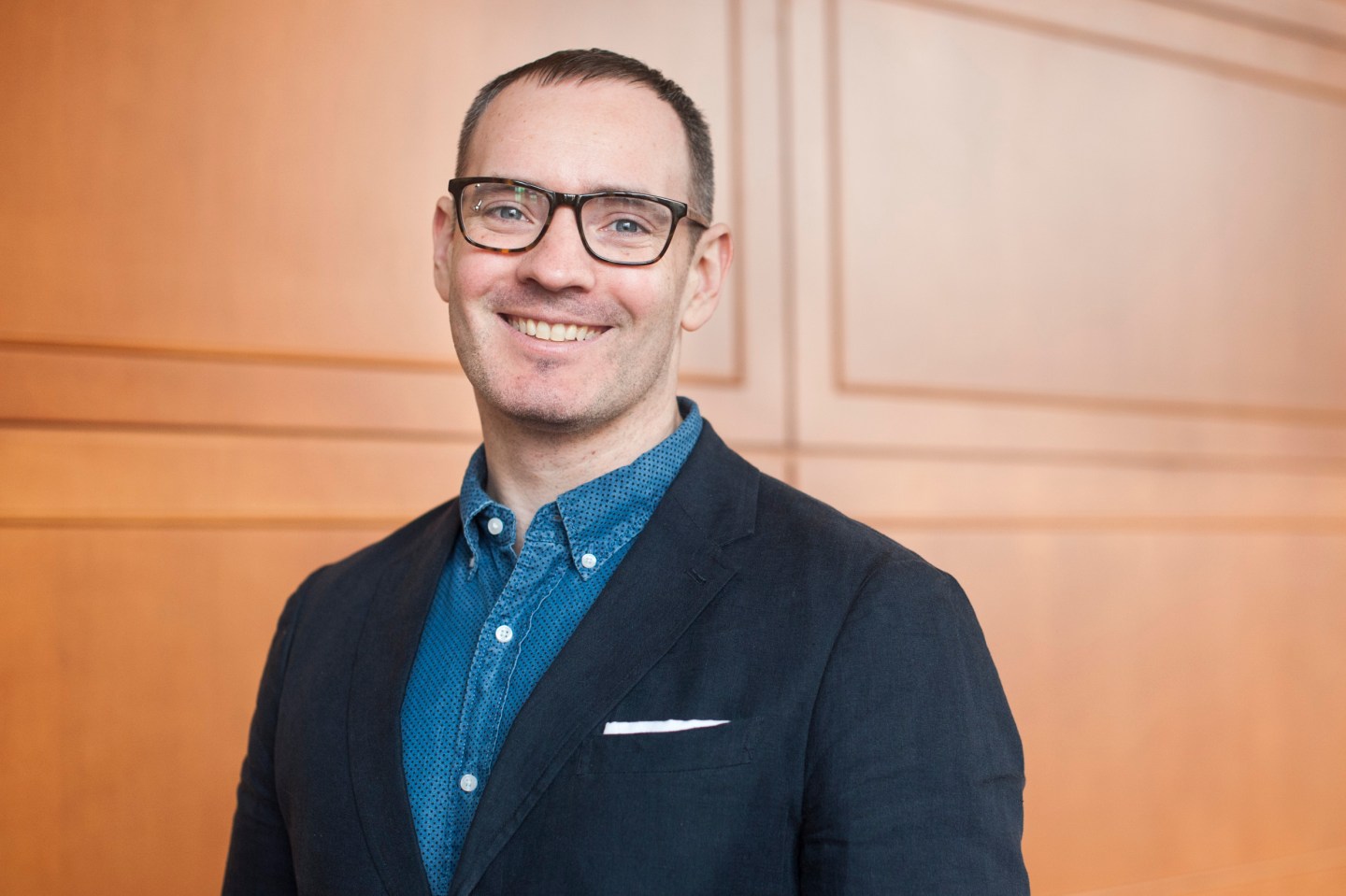 Media writers at traditional news companies tend to see New York City as the nexus of all things important to the industry. In keeping with its status as the poster child for new media, however, BuzzFeed has decided to do something a little different with its first media editor.

BuzzFeed editor-in-chief Ben Smith said Friday that the company has named Craig Silverman, former head of BuzzFeed’s Canadian operation, as media editor. And not only will he be paying very little attention to what the traditional New York media establishment does, he won’t be based there either—he will be located in Toronto.

Silverman said he will focus on the new-media ecosystem, and especially on the influence of massive distribution platforms such as Facebook (FB) and Twitter (TWTR), and how that is changing both the economics of news and the kind of news we get.

“When people see the term ‘media editor,’ they probably think the coverage will be about hiring and firing, financials, new product launches and so on,” Silverman said. “But my beat is going to be more about networked media or democratized media—platforms and networks, misinformation and the economic incentives for creating different types of content.”

Smith said that the rise of Facebook as a distribution force and the impact that has had on media is “the real story of media right now, not the comings and goings at traditional media companies in New York.”

The BuzzFeed writer has already published a number of articles about the rise of fake news, including one about a kind of fake-news cottage industry based in Macedonia, as well as a profile of two teens who are making thousands of dollars a month creating fake news stories about Canadian Prime Minister Justin Trudeau.

BuzzFeed editor-in-chief Ben Smith told Fortune that he decided to make Silverman the site’s new media editor in part because of his background with fact-checking and verification.

“Fake news has been a really extraordinary story, and it turns out it’s the kind of story Craig has been kind of preparing for for some time—maybe his whole life,” Smith said. BuzzFeed decided to keep the position in Toronto, he said, because “I think it’s a benefit to have someone covering this kind of thing from outside the United States.”

Much of the traditional U.S. media coverage “tends to stop at the border,” Smith said. “But the platforms are really global companies, and it’s sometimes hard to understand their decision-making if you’re only thinking about the U.S. market. Craig has already shown that he can take a really global view of the fake news story, and bring some real analytical rigor to it.”

Before he joined BuzzFeed, Silverman wrote a column for the Poynter Institute about fact-checking, called Regret the Error, and also wrote a book by the same name. Prior to that he was the managing editor of PBS MediaShift, and he was also the editorial director of a crowdsourced news startup in Toronto known as OpenFile.

In 2014, while he was doing a fellowship at Columbia University’s Tow Center for Digital Journalism, Silverman launched a web-based startup called Emergent.info that was devoted to crowdsourcing the fact-checking of fake news.

That startup ultimately led to Silverman meeting with Smith, who got in touch because he was interested in Emergent, and wanted to know whether there was a way for the two sites to work together. When BuzzFeed decided to open a Canadian office, Smith reached out to Silverman and asked him to run it.

Over time, Smith said it gradually became obvious that Canadian readers were actually interested as much in U.S. and international news as they were in exclusively Canadian stories. So the Canada office was restructured in June, with two political writers moving to Washington and a number of other shuffles, and Silverman started writing more about media.

“The approach at BuzzFeed is always try things out and see what happens, and after running a separate Canada office for awhile, it became clear that Canadians still liked the global stuff and didn’t necessarily want just Canadian stuff,” Silverman said. “I really loved getting to hire and build a team, but this does kind of feel like my destiny in a way.”