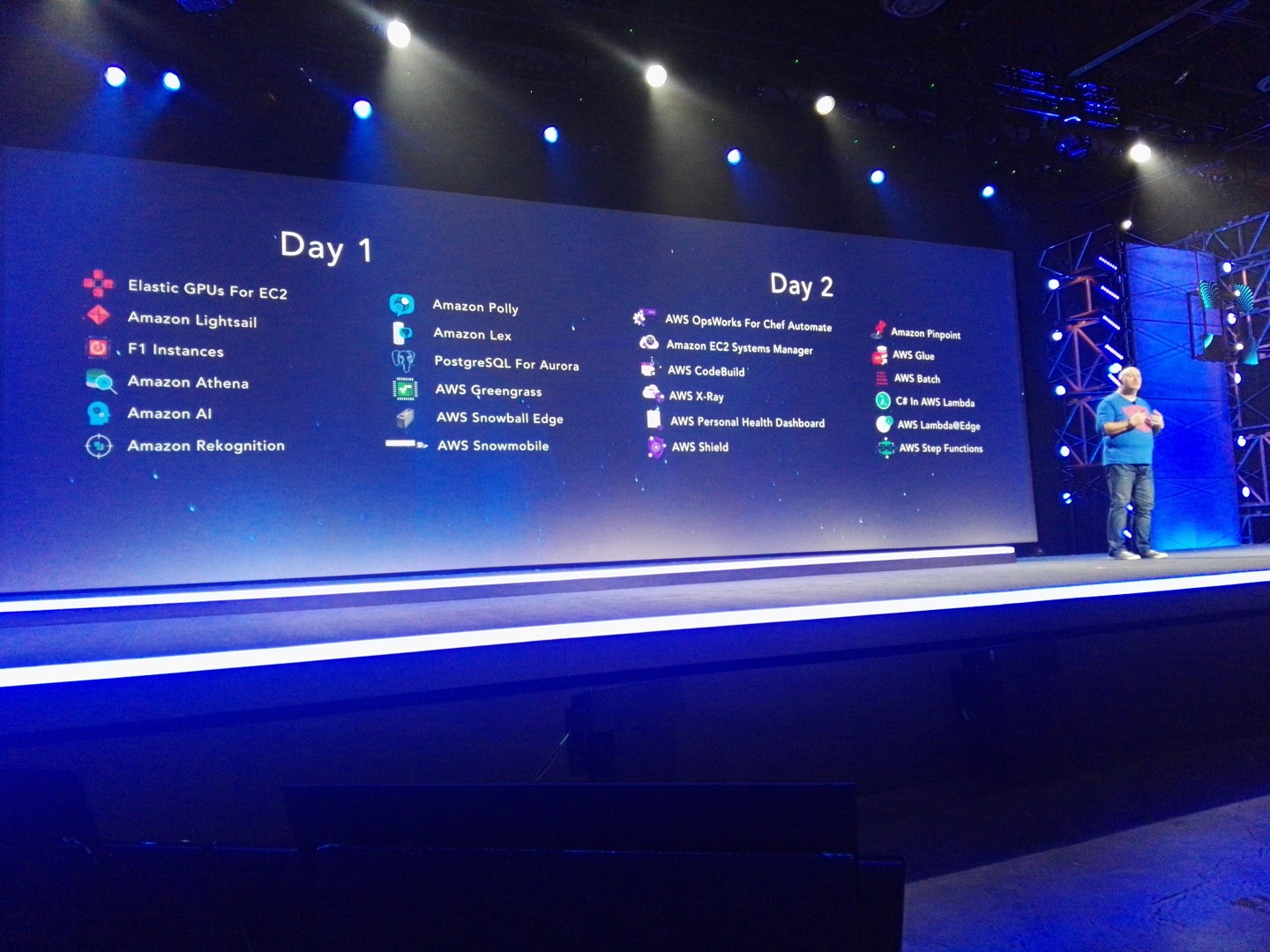 Amazon Web Services budged a bit on the notion of hybrid cloud this week, announcing a few hardware devices that customers can use to run some software code on-premises. But both of those gadgets—Snowball Edge and Greengrass—are also tightly tied to AWS services.

But Amazon (AMZN) continued to push the notion that AWS is the only cloud that most customers will need. Earlier this week at the company’s annual AWS Re:Invent conference in Las Vegas, AWS chief executive Andy Jassy told the an audience of software partners that they should go all in on AWS—and not hedge their bets by working with competitive clouds as well, according to published reports.

According to ZDNet, Jassy said:

He moderated that somewhat by noting that he was not suggesting that the attending partners should not work with other companies, but again added that not focusing on a single cloud provider is a mistake.

It’s not surprising that the executive in charge of Amazon’s cloud business—on track to hit $13 billion in yearly revenue—wants to stave off well-heeled rivals like Google (GOOG) Cloud Platform and Microsoft (MSFT) Azure. He’s spoken in the past about how a “single cloud” strategy is best for customers.

But many smaller companies that write software to run on AWS have long been wary of the cloud giant, which continually adds new services—some of which compete with their own work. In this way, AWS is working much the same way Microsoft and other software behemohts have in the past: Recruit third-party partners to fill gaps in its product portfolio, and then fill those gaps in-house.

Peter Christy, research director at 451 Research, reaffirms the notion that AWS has ripped a page out of the Microsoft playbook, but added there is one significant change: the sheer speed at which Amazon releases new features and services. AWS announced more than 20 new features and functions this week alone.

“What is clearly different with AWS is the rate of development,” Christy tells Fortune. “Microsoft did a good job of giving partners visibility as to what was changing and that was a fairly long process. The time scale is vasty more compressed on AWS.”

Some Fortune 500 companies are also weighing the idea of throwing in with one cloud versus using different providers to gain negotiating power. Capital One, for example, is heavily invested in AWS, but even it has a relationship with Microsoft. Rob Alexander, the bank’s chief information officer, acknowledges that companies must think about lock-in, but not be paralyzed by the idea.

Cloud lock-in, he tells Fortune, is a consideration, but there’s not much risk of that in using basic computing and storage services. The decision to use higher-level, unique AWS products will make moving to another cloud harder down the road. Still, Capital One is forging ahead with some of them.

The trade-off in being able to work faster to create innovative services outweighs the risk, he said.