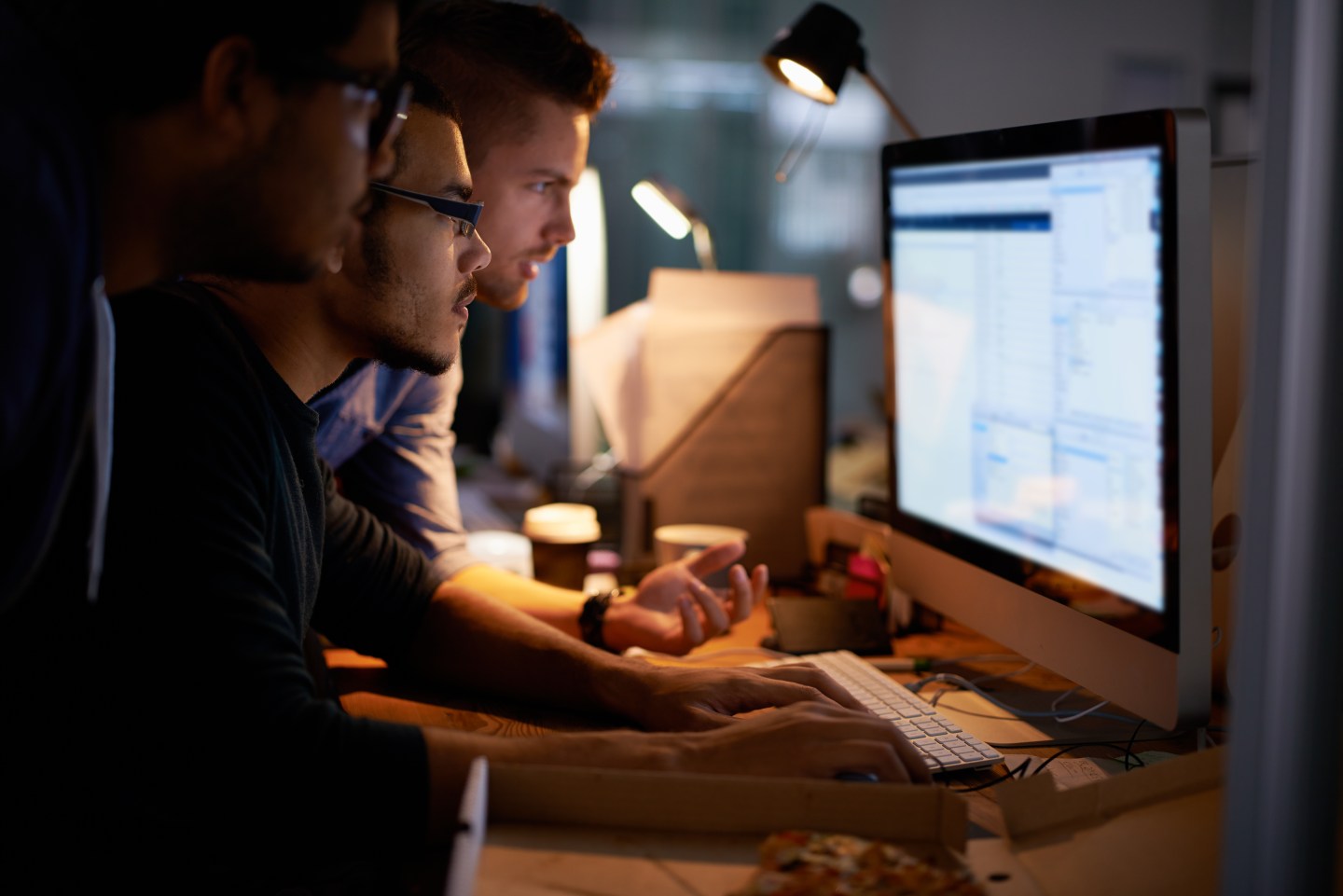 It’s the norm for aspiring entrepreneurs these days to want to build a tech-based business, be it a mobile app, a cloud-based service or a social sharing platform. It’s the world we live in – more and more of us are tech native. But that doesn’t mean that we’re all software developers or network architects. Far from it.

The idea for my online freelance marketplace Catalant (formerly HourlyNerd) was born out in a Harvard Business School classroom, and it could have ended there. No one on our co-founding team had even a semblance of a tech background, giving us serious doubt (intensified by venture capitalists) as to whether we were cut out to be a founding team. But as I was sitting in that classroom, I thought of my dad – a small-business owner who wasn’t afraid to take on challenges, no matter how much he was thrown out of his element. I knew it was worth going forward.

Three years later, Catalant is thriving. We’re living proof that you can start a tech company with zero tech experience. Here are a few tips for people willing to take on the challenge:

Make sure it works offline

When your tech startup is still only a concept, it can be tempting to overanalyze the parts you are still unsure about. If you don’t know anything about building a website for your service or writing an algorithm, that’s alright. Put that to the side initially. It’s much more important to engage with your target audience, find out how they’re being underserved and where the opportunity exists. Ten hours of philosophizing of how to bring your idea to life (or even building a great prototype) will mean nothing if there ends up being no need for your idea.

The lean entrepreneurship principles, especially the continuous feedback, are critical for testing out your market needs hypotheses. My co-founders and I initially targeted small businesses and went door to door during many snowy days in Boston to see if they could use our help. The key is focusing on what you’re already skilled in and proving your idea offline before jumping into the unknown of the tech world.

Outsource in the beginning

Running a startup of any kind, not just a tech startup, is all about phases. In the beginning it’s hard to curate and manage your technology architecture in house. Try outsourcing this piece of the puzzle while you’re getting your feet on the ground. Not only can this be cost effective in the early stages of growth, but it also allows you to invest your time in building connections, as opposed to hopelessly flipping through a Tech for Dummies guide.

Related: You Have 30 Seconds: How to Make Your Resume Stand Out

That being said, it’s important that you don’t lean on this external resource for too long. The sooner you start investing in your tech product by hiring tech experts, the sooner you’re able to establish the baseline for future improvements and upgrades. When working with an outsourced provider, you can slow down your ability to update your technology in real-time for example in response to customer feedback. This lack of agility in the marketplace can make or break you, so don’t be shy in investing your limited equity to bring a tech pro on board.

Don’t box yourself in

The capabilities of technology are endless, but if you’re someone without a solid background in the field, it can be hard to gauge exactly how it will continue to evolve. Don’t make the mistake of thinking that the technology you’re working with now is only capable of serving a single group. Innovations and enhancements pop up every day, so your initial business model could grow far larger than you ever imagined. Never put yourself in a small box that you can’t get out of and always look for ways to increase efficiencies, enhance the user experience and bring new and added value to your customers.

So, take it from the business student who now runs a tech company – you don’t need a background in tech to turn an idea into a full-fledged tech startup. You’ll eventually bring in some team members who speak the language, but the most important part is to wholeheartedly believe in your idea from the get-go. You might not always know what you’re doing, but if you take the time step back and appreciate the little accomplishments, they’ll add up to something big.

Rob Biederman is the co-CEO and co-founder of Catalant.