Here’s What China Is Planning Amid Worries About Capital Outflow 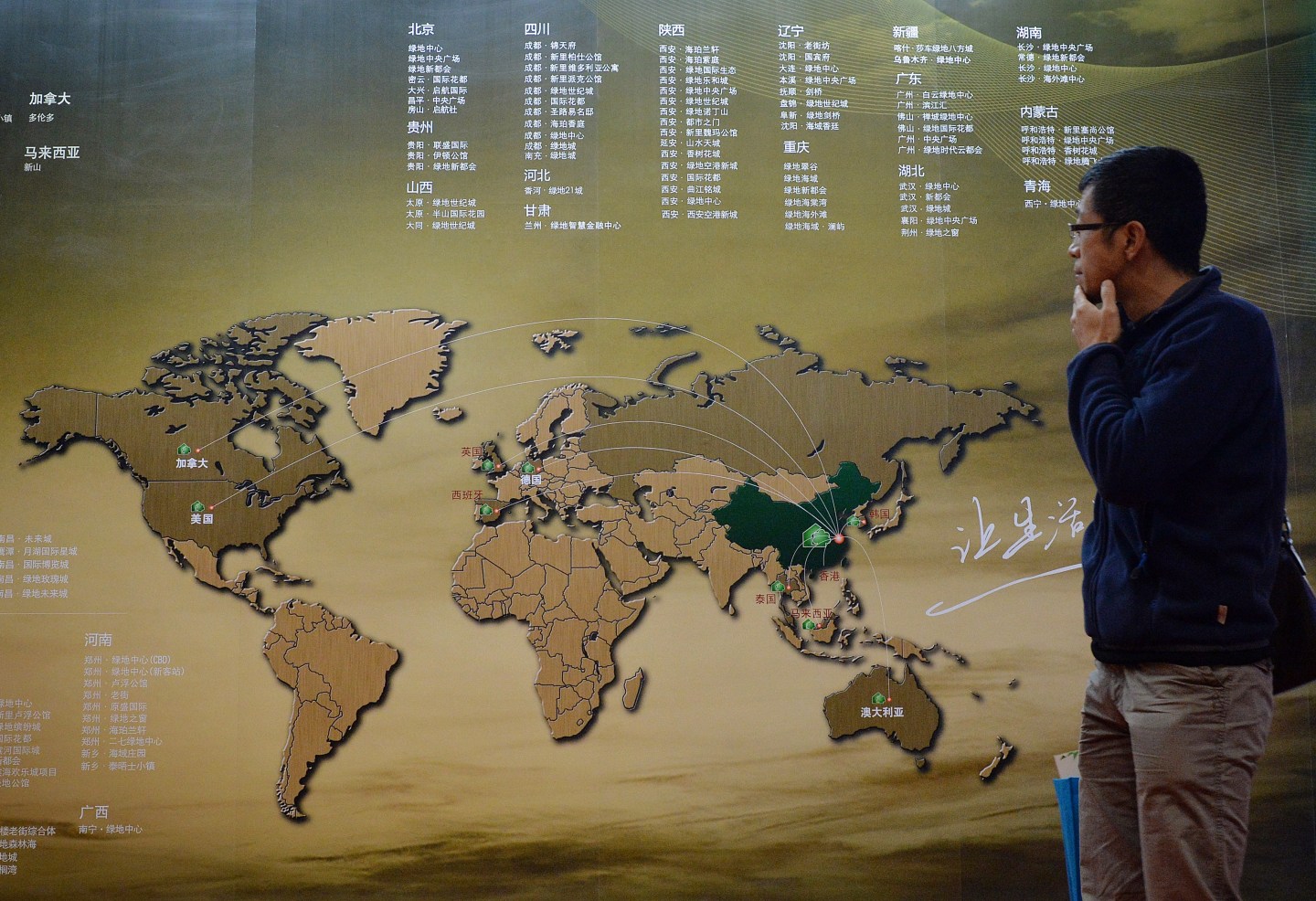 A Chinese investor walks past an investment map showing suitable property markets for wealthy Chinese to invest in at the International Property Expo in Beijing on April 11, 2014. Wealthy Chinese will pour AUD$44 billion (US$39.4 billion) into Australian real estate over the next seven years, potentially pushing prices in one of the world's most expensive housing markets even higher. Chinese property investors have been on a international spending spree since the global financial crisis hit most of the world's economies. AFP PHOTO/Mark RALSTON (Photo credit should read MARK RALSTON/AFP/Getty Images)
MARK RALSTON/AFP/Getty Images

China said on Monday it will stick to its opening up policy and “going out” strategy on investment even while a slide in the yuan to 8-1/2-year lows revives worries about capital fleeing the country.

Officials from the National Development and Reform Commission, the Ministry of Commerce, the People’s Bank of China and the State Administration of Foreign Exchange said the country will continue to encourage healthy development of outbound investment, the official Xinhua news agency reported.

The Wall Street Journal reported on Friday that China plans to tighten controls on companies looking to invest abroad in an effort to slow surging outflows.

While Beijing has been busily damming up official channels for money to leave China, more funds than ever are leaking out through shady means as investors flee the country’s slowing economy and weakening currency, financial industry executives say.

The onshore yuan strengthened to 6.9024 per dollar by midday from Friday’s closing price of 6.9170, with traders saying state-owned banks were seen selling dollars.

The yuan has fallen more than 6% versus the dollar this year, but has been relatively stable against a basket of currencies.

“In other words, reckless overseas investment could threaten financial stability.”

Though still the world’s largest, China‘s foreign currency reserves have fallen to their lowest since March 2011, with the PBOC widely believed to have sold dollars to cushion the yuan’s decline.

Pressure on the yuan and other emerging market currencies has intensified in recent weeks as the dollar surged on expectations that U.S. President-elect Donald Trump will ramp up fiscal spending to boost the economy.

China‘s central bank has urged commercial banks in Shanghai to guard against money outflows via the Shanghai Free Trade Zone (FTZ) disguised as foreign investment, two sources with knowledge of the instructions said on Friday.

The central bank said it was unable to comment on reports of tighter controls on overseas investments.

Financial news outlet Caixin reported on Saturday the PBOC is also considering including cross-border yuan business into risk assessments for banks, quoting an unidentified banker as saying the move would force banks to “do more incoming yuan business, and less yuan outflow activities.”

In comments on Sunday, PBOC Vice Governor Yi Gang predicted that capital outflows seen after August 2015’s surprise devaluation of the currency would start to reverse.

“As China‘s economy recovers and institutional reform improves the business environment, the money that has left will come back,” Yi said.