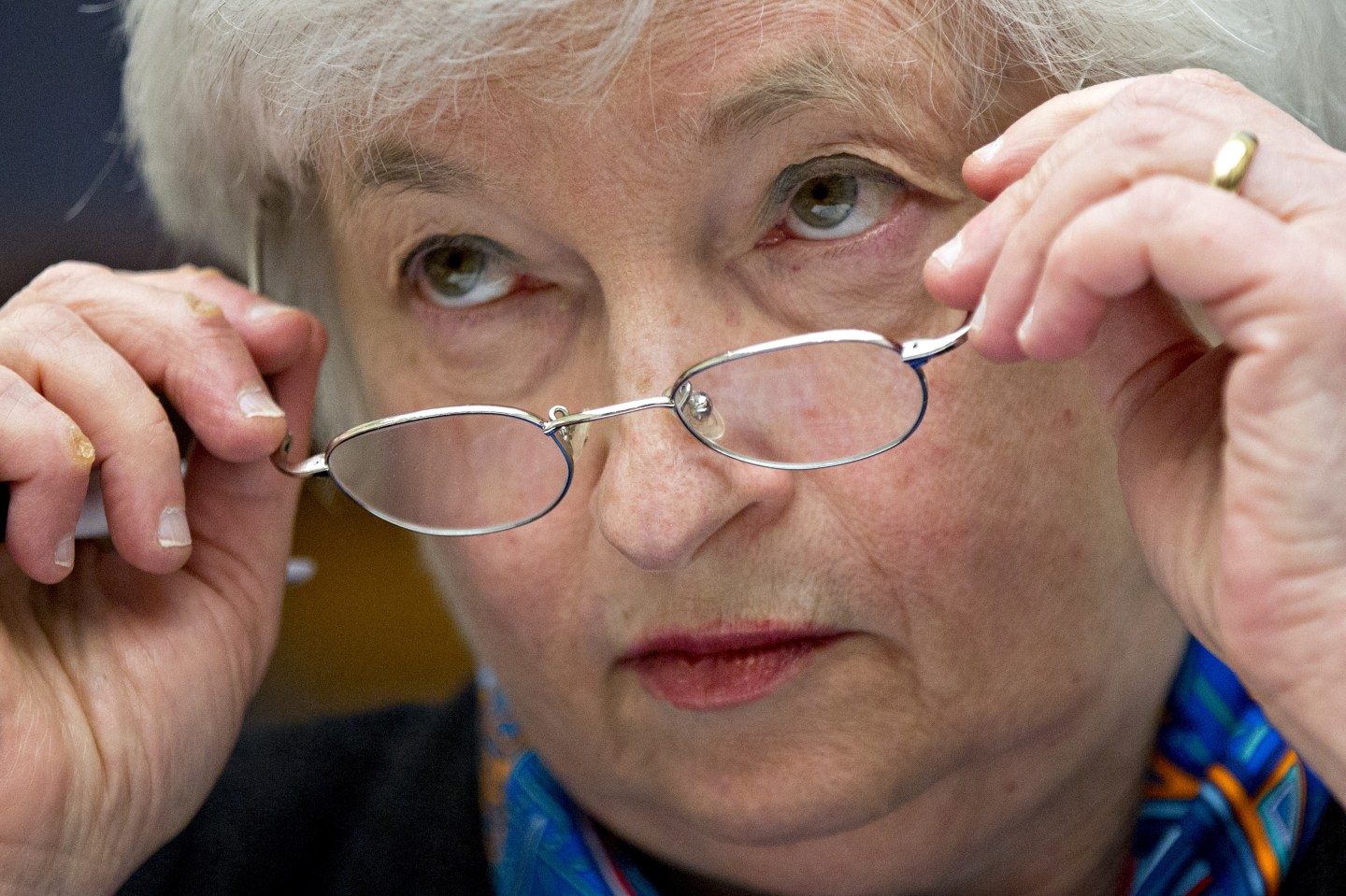 Janet Yellen, chair of the U.S. Federal Reserve, removes her glasses during a House Financial Services Committee hearing in Washington, D.C., U.S., on Wednesday, June 22, 2016. By offering a subtle change to her outlook from less than a week ago, Yellen on Tuesday before the Senate Banking Committee pushed the prospect of additional interest rate increases further into the future. Photographer: Andrew Harrer/Bloomberg via Getty Images
Andrew Harrer — Bloomberg via Getty Images

It’s full steam ahead toward higher interest rates for the U.S. economy.

That’s according to the minutes of the most recent meeting of the Federal Open Market Committee (FOMC) , the committee at the Federal Reserve in charge of setting interest rates.

According to the minutes, most Fed officials said at their November 2nd meeting that it would be “appropriate to raise the target range for the federal funds rate relatively soon.” Furthermore, a significant number of FOMC members think the move should be imminent. “Some participants noted that recent Committee communications were consistent with an increase in the target range for the federal funds rate in the near term or argued that to preserve credibility, such an increase should occur at the next meeting,” the minutes read.

One reason for this urgency is the sense that labor markets are quickly tightening. Several Fed committee members suggested that the economy is at or near full employment, or the level of unemployment below which inflation becomes a concern. Members pointed to evidence of “shortages of qualified workers in some occupations, increases in overtime hours, or a pickup in wage inflation.” One member of the committee even suggested that wage growth in his district was as high as during the peak of the last economic expansion.

Meanwhile, the surprising results of the presidential election have convinced markets that there will be even more need next year to raise rates further. That’s because President-elect Donald Trump won his position on the back of promises of big spending projects and tax cuts. These measures will almost certainly balloon the federal budget deficit, which will put upward pressure on inflation during a time of low unemployment.