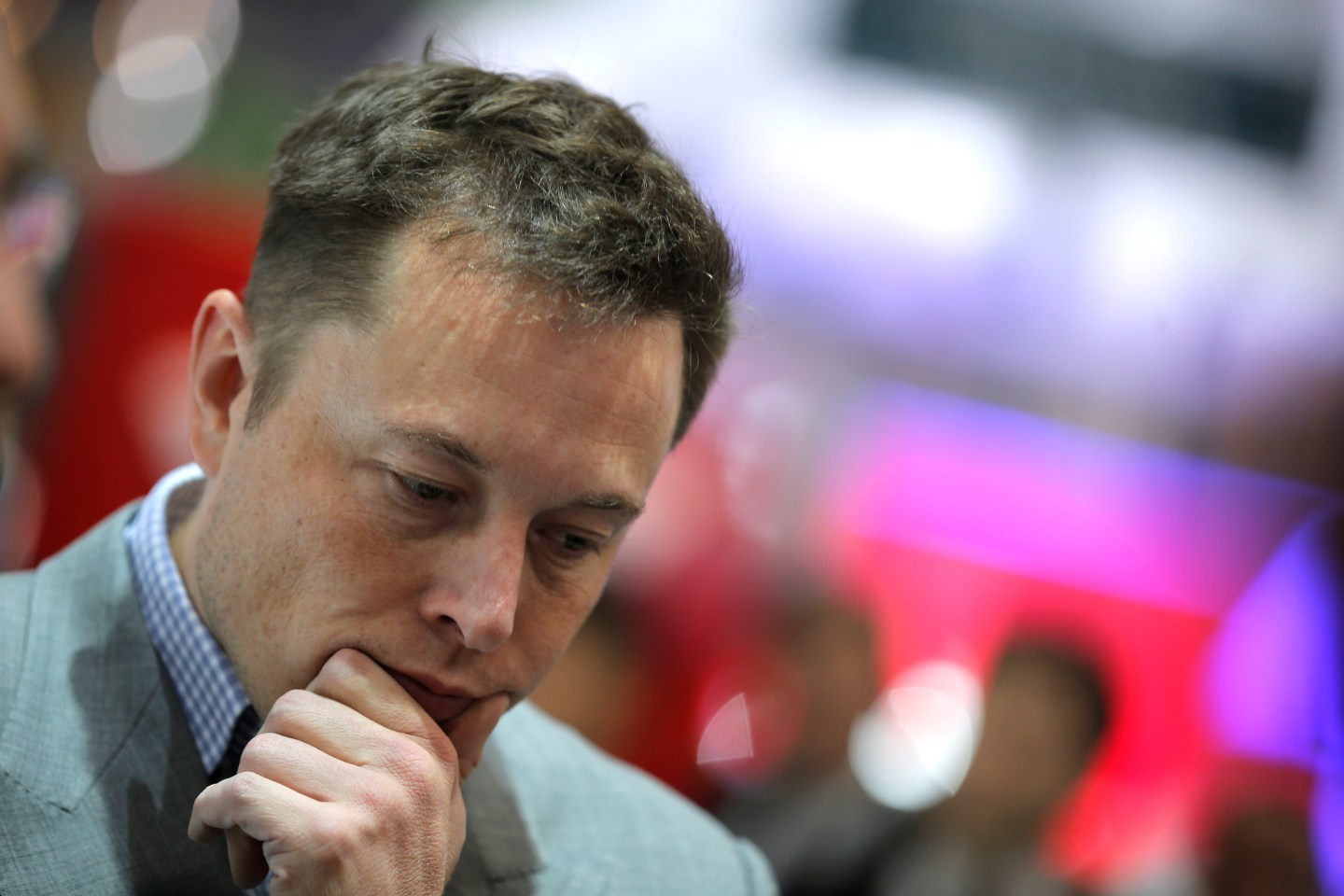 Elon Musk, billionaire and chief executive officer of Tesla Motors Inc., pauses as he speaks to the media on the first day of the 83rd Geneva International Motor Show in Geneva, Switzerland, on Tuesday, March 5, 2013. This year's show opens to the public on Mar. 7, and is set to feature more than 100 product premiers from the world's automobile manufacturers. Photographer: Valentin Flauraud/Bloomberg via Getty Images
Bloomberg—Getty Images

As a professional disruptor, Elon Musk has had his fair share of enemies and attracted many online detractors. But this time, it’s different.

This time, the detractor comes wrapped up in the package of a legitimate journalist.

The Tesla (TSLA) CEO is apparently being trolled by a chimeric writer calling himself Shepard Stewart. In the wake of the 2016 U.S. presidential election, two major issues rose to the surface in the dissemination of information: fake news, and accusations of biased journalism.

While the two are not mutually exclusive, in “Stewart,” they form a single sinister unity, one that appears to be getting stuck in Elon Musk’s craw.

“Can anyone uncover who is really writing these fake pieces?” Musk wrote on Twitter Wednesday, citing a Bloomberg report that details the writer’s work.

Can anyone uncover who is really writing these fake pieces? Can't be skankhunt42. His work is better than this. https://t.co/Qs69AFMGE5

“Stewart” has penned a number of vicious takedowns of Musk’s various companies, complete with all the apparent frills of a real news story, according to Bloomberg.

His narrow range on Musk’s business dealings appears to have a single focus: the companies’ alleged misuse of government funds.

Titles have included “Here’s How Elon Musk Stole $5 Billion in Taxpayer Dollars” in the Libertarian Republic, “Elon Musk: Faux Free Marketeer and National Disgrace,” in Liberty Conservative, and “Elon Musk Continues to Blow Up Taxpayer Money With Falcon 9,” published in The Federalist.

All of these have now been taken down, but a cursory Internet search of “Shepard Stewart” brings up a cached profile image from The Federalist—an image that Gavin Wax, editor-in-chief at Liberty Conservative told Bloomberg he worked out was likely a Photoshopped head shot of a former Twitter executive.

For his part, Wax says that “Stewart” “went totally dark on us after we published him.”

For more on Elon Musk, watch this video:

According to Bloomberg, “Shepard Stewart” is just the tip of the iceberg, with Musk attracting more than his fair share of fake news and trolls, ostensibly motivated by competitors upset by his continuing and successful disruption of their industries, and his ability to win government funding.