How Volkswagen Is Rebooting Its Strategy In the U.S. 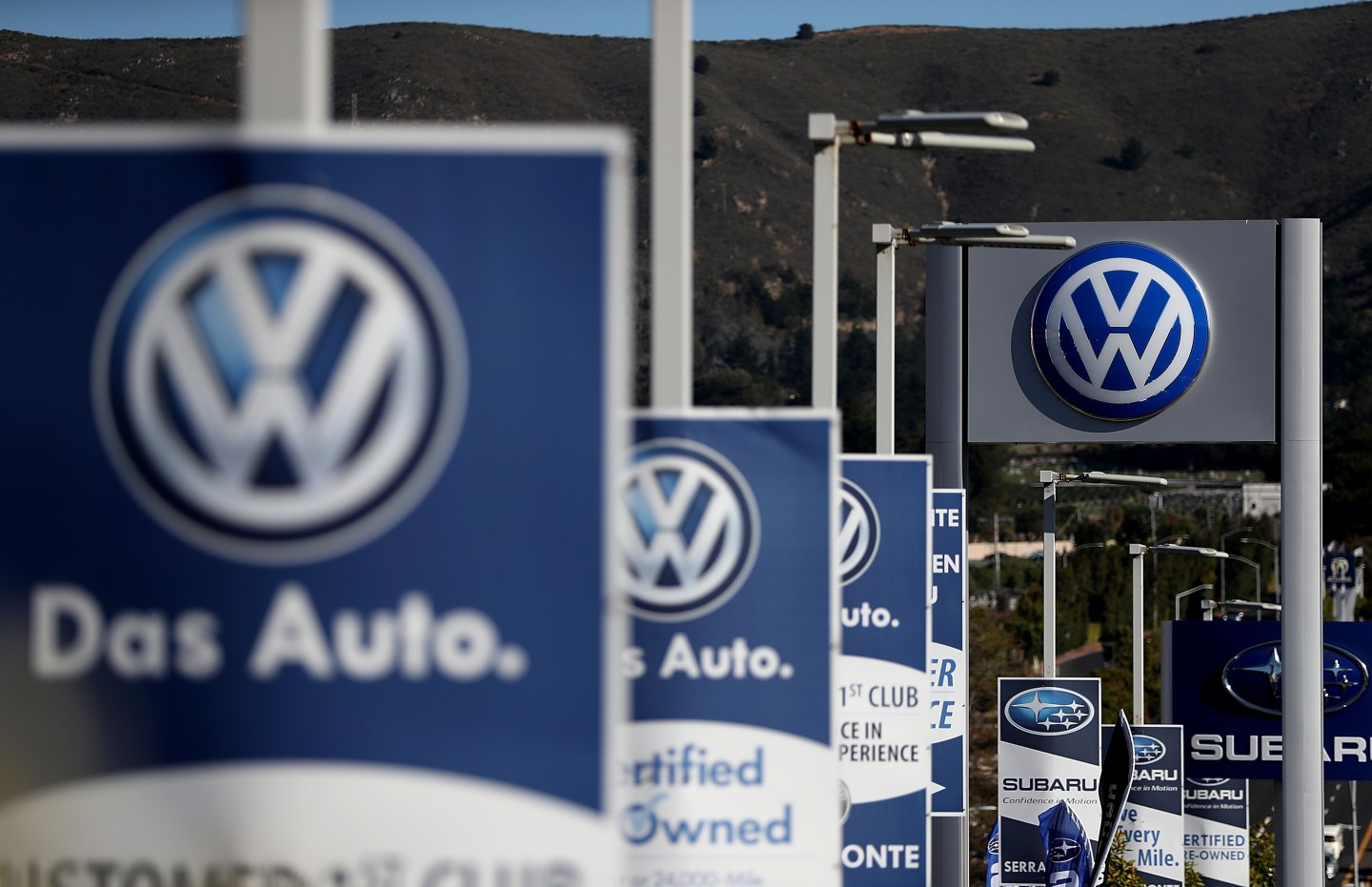 Volkswagen (VLKPF) said on Tuesday it would drop diesel vehicles in the United States and refocus on sport utility and electric vehicles, as the automaker looks to reboot strategy for its core brand in the Americas in the wake of a damaging diesel emissions cheating scandal.

The move, announced by VW brand chief Herbert Diess, breaks with earlier suggestions it could return to the once-popular technology after the emissions scandal fades from memory.

The decision to drop diesel vehicles – which formerly made up a quarter of the brand’s U.S. sales – is just one element of a strategic overhaul that Diess conceded could take a decade to close the gap with rivals in the United States.

Volkswagen has agreed to pay billions of dollars in fines and compensation payouts to U.S. customers since admitting last year to cheating on federal diesel emissions tests.

“For years we have been lacking a blueprint for success in the United States, while we are losing ground to rivals in markets like Brazil or India,” said Diess, a former BMW (BMWYY) executive who joined VW in July 2015. VW had missed “the SUV boom,” he said.

The brand now plans to have 19 SUV models globally by 2020, up from just 2 now, and including some electric ones. It aims to sell 1 million electric vehicles a year by 2025.

“At the moment we assume that we will offer no new diesel vehicles in the U.S,” Diess told European business daily Handelsblatt.

Diess said success in the Americas was vital to reviving the core Volkswagen brand that accounted for 59% of the German group’s auto sales in 2015 but only 16% of group underlying operating profit.

The CEO of Volkswagen Group of America, Hinrich Woebcken, told reporters last week in Los Angeles that Volkswagen wants to shift from being a “niche” player into a “family-oriented SUV company.”

“We not only want to be profitable in Europe and China but are determined to generate positive results in all major markets by 2020,” Diess told reporters.

Volkswagen last week announced a cost-cutting deal with labor unions that will allow it to axe 30,000 jobs at the VW brand by 2020.

On Tuesday, Diess set out a recovery strategy to 2025 and beyond, spanning a wide range of initiatives including SUVs, electric cars, digital services and plans to launch a budget car in China and India by about 2019-2020.

The long-term goal, he said, was to lift the VW brand’s operating profit margin to 6% by 2025, compared with just 2% forecast for this year.

That would still lag some rivals such as PSA Peugeot Citroen, which is aiming to hit 6% in 2021.

“It’s good and necessary that VW is tackling those issues, but it will be a long road,” said M.M. Warburg analyst Marc-Rene Tonn, referring to plans to fix underperforming markets and lift margins. He has a “hold” rating on Volkswagen shares.

For more on Volkswagen, watch this Fortune video:

Shares in Volkswagen, whose 12 brands range from upmarket Audi (AUDVF) and Porsche (POAHY) to the cheaper SEAT and Skoda, rose 0.42% to close at 120.45 euros.

The stock is still down around a quarter in value from before the emissions scandal.