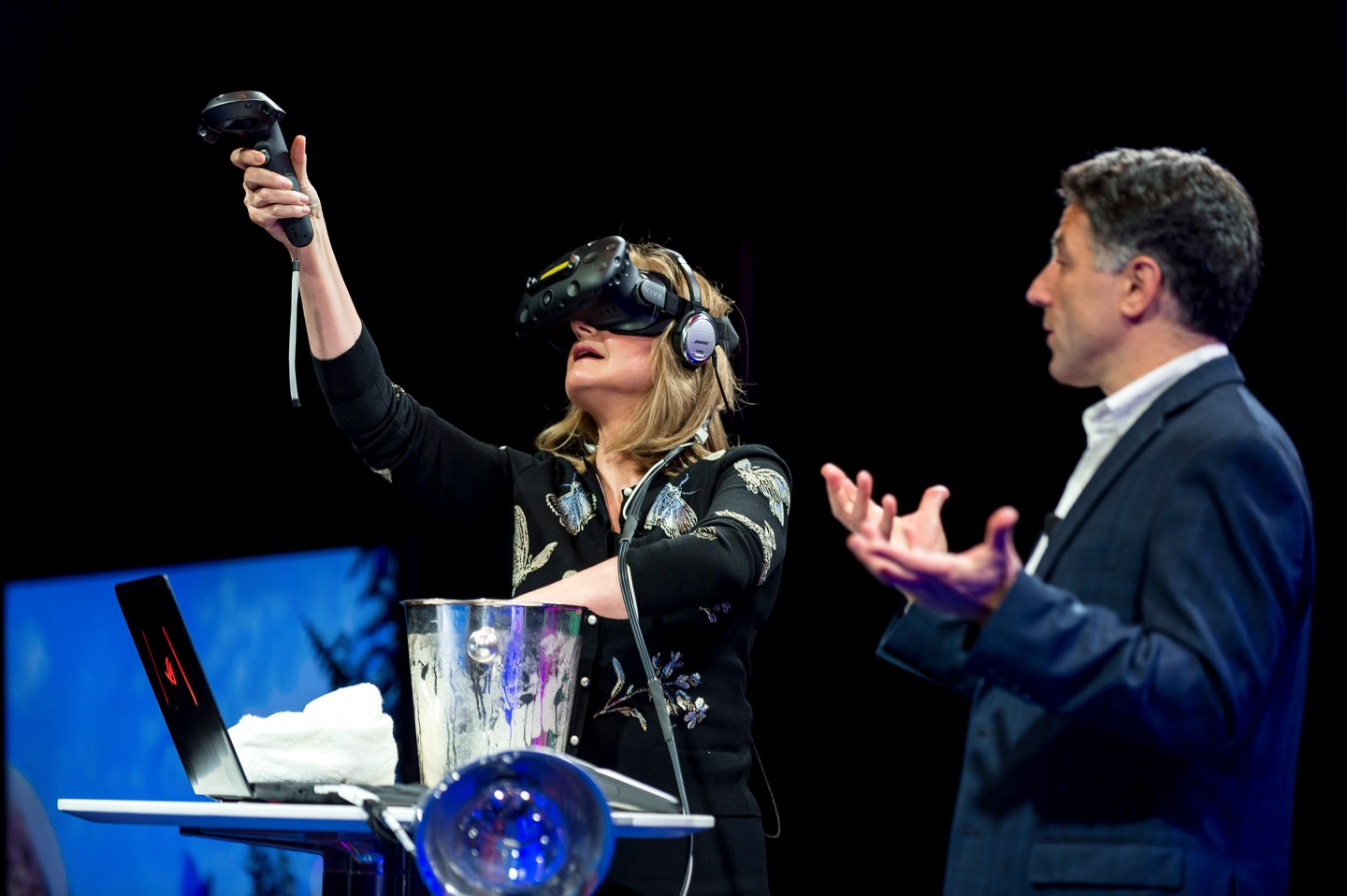 Fortune Brainstorm Health Tuesday, November 1, 2016 San Diego, CA 3:20 PM DEMO: HARNESSING THE POWER OF VIRTUAL REALITY TO TREAT AND HEAL Virtual reality is not just for gaming anymore. One of the most compelling uses of this new technology has been in medicine, where augmented vision can put a doctor in the middle of a complicated surgery—or a patient in an alternate universe that may promote healing. How can VR help treat pain? Our chilling demo has some answers. Howard Rose, Founder and CEO, Deepstream VR Photograph by Stuart Isett for Fortune Brainstorm Health
Photograph by Stuart Isett—Fortune Brainstorm: Health

If you want to save some money on pricey virtual reality headsets, the long Thanksgiving holiday may be your chance.

HTC said Monday that it would cut the price of its Vive virtual reality headset by $100 over the four days following Thanksgiving, while Facebook’s Oculus Rift buyers will receive VR software discounts.

On Black Friday and Cyber Monday, shoppers can buy a Vive for $699, compared with the regular $799 price. It will be available from online stores like the Microsoft, Amazon, Newegg, and the Vive online portal. HTC also said that Fry’s Electronics would also sell the Vive headset online and in 34 of its brick-and-mortar stores.

Meanwhile, Black Friday shoppers can also get a $100 discount on software purchases related to Facebook’s (FB) Oculus Rift headset through Microsoft’s online store. People can buy the Rift for its normal price of $599 and they will receive a $100 digital coupon that they can use to buy VR apps and games. A Microsoft store spokesperson said that “customers get a $100 Oculus Store Wallet with purchase of an Oculus Rift,” and that “Oculus Store Codes will be emailed within 10 days of purchase.”

It should be noted that both the Vive and the Oculus Rift require powerful computers to operate, and people should expect to pay at least $500 for a machine with the minimum requirements.

The PlayStation VR sells for $399, but a refurbished version can be bought for $349 at GameStop’s online store.

For more of Fortune’s coverage of Black Friday deals, check out the following stories on Apple (AAPL) deals, Microsoft (MSFT) deals, and televisions, tablets, and other devices from retailers like Target and Best Buy.

Update: Nov. 22, 10:25 AM PST. Story clarified to point out that the Vive headset will receive a discount on Black Friday and Cyber Monday only, not the days in between.