After Brexit and Trump, France’s Election Hard to Call 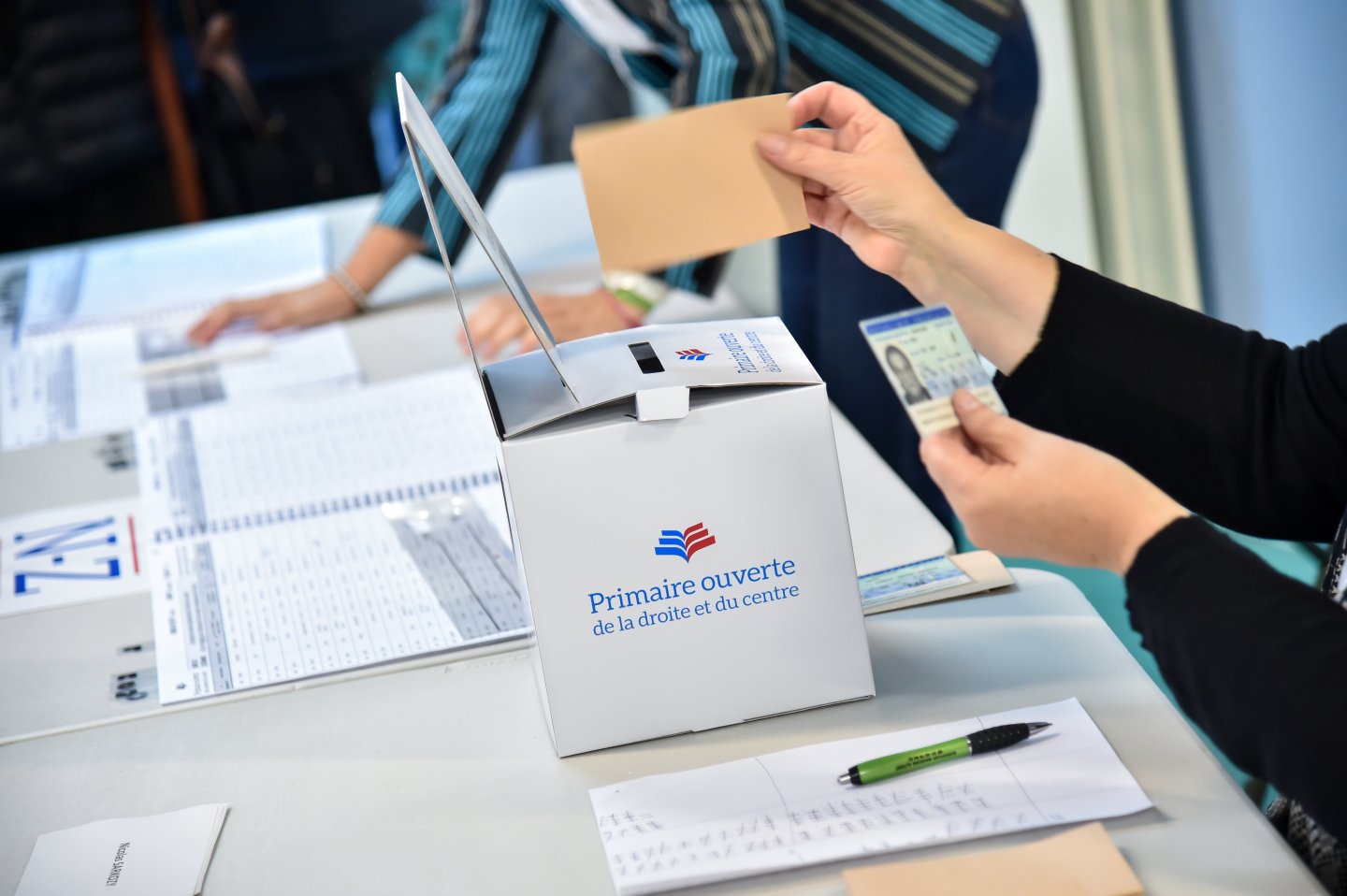 “The polls are still getting it wrong,” a friend of deeply unpopular French President François Hollande said cheerfully on Monday after the latest voting upset to hit pollsters.

Socialist Hollande is weighing whether to make an apparently suicidal run for a second term as president next year in the face of polls that show him unlikely to even reach double figures if he goes ahead as a candidate.

The experience of former prime minister François Fillon over the past fortnight offers him food for thought, along with Britain’s vote to leave the EU and Donald Trump’s victory in the U.S. presidential election—all adding to questions over the accuracy of such surveys.

Fillon raced from behind in the polls and then smashed even the most optimistic projections on Sunday to take pole position for the conservative nomination for the presidential election next May, winning a first-round vote by a 15-percentage-point margin.

“Fillon was on eight percent back in August and then 30 percent by Friday—then he gets 44 percent (in the actual vote),” Hollande’s friend, who declined to be identified, told Reuters. “Elections are never won in advance, and nothing ever happens the way you expect.”

The next test of French voters’ mood is on Nov. 27—the second-round run-off for the conservative ticket between Fillon and another ex-prime minister, Alain Juppé, who came second in Sunday’s first round.

The two-round plebiscite is the first time the Les Républicains party and its allies have chosen a candidate through a primary election, and the system is new to France, having been used only once before—by the Socialists in 2011.

Anyone on the electoral roll can vote in the primary—and a first-round exit poll by Elabe for BFM TV estimated that 37 percent of those that voted at the weekend had no connection to the Les Républicains party that organized it.

Fifteen percent identified themselves as from the left, and eight percent from Marine Le Pen’s far-right National Front. Another 14 were unsure of their affiliation. Many of these, therefore, while clearly seeking to influence the outcome, were not necessarily voting for a candidate they hope will win the presidency.

A Harris poll further reinforced the idea that tactical voting was a big factor.

Its post-first-round survey said 40 percent of those who voted for Fillon did it to keep the abrasive ex-president Nicolas Sarkozy from winning.

Seventy percent of those who voted for Juppé were also trying to block Sarkozy. Anecdotal evidence also suggests Juppé’s vote was bolstered by left-leaners who did not want the man who led France from 2007 to 2012 back in power.

“I do not want to see Sarkozy in the second round of the presidentials, like a lot of people I think,” left-leaning 51-year-old business developer Nathalie Filippini told Reuters after casting her vote for Juppé in Paris on Sunday.

Sarkozy came in a distant third.

Brush With the Law

Sunday’s turnout topped four million voters—a bigger showing than the 2.6 million who voted in the first round of the Socialist primaries in 2011.

There are 44 million people eligible to vote in France, and the numbers and voting profiles of those who go to their polling stations next Sunday are uncharted territory.

Sarkozy is not the only one likely to suffer from tactical or negative voting, according to Patrick Lafarge, a political analyst, who believes Fillon was the beneficiary of a backlash against both his closest rivals because of their brushes with the law.

Sarkozy is under judicial investigation for funding irregularities in a past election campaign. He denies wrongdoing. Juppé, meanwhile, in 2004 lost his appeal against a conviction for misuse of public funds.

“The French wanted to punish those who have legal issues,” Lafarge said on France Info radio on Monday. “I think this was a big issue for Sarkozy and for Alain Juppé.”

A voting intentions poll by Opinionway published on Sunday night shows Fillon beating Juppé comfortably to the Les Républicains ticket, with 56 percent of the second-round vote.

Bookmakers—who like the pollsters called Trump’s victory and Britain’s EU exit vote wrong—have Fillon as the favorite too.

Juppé’s London bookmaker odds of between 7-to-1 and 12-to-1 give him an implied chance of winning of just 9.1 percent on average, according to Betfair web site. That is similar to the probability a Reuters/Ipsos poll put on a Trump victory on the eve of the U.S. presidential election.