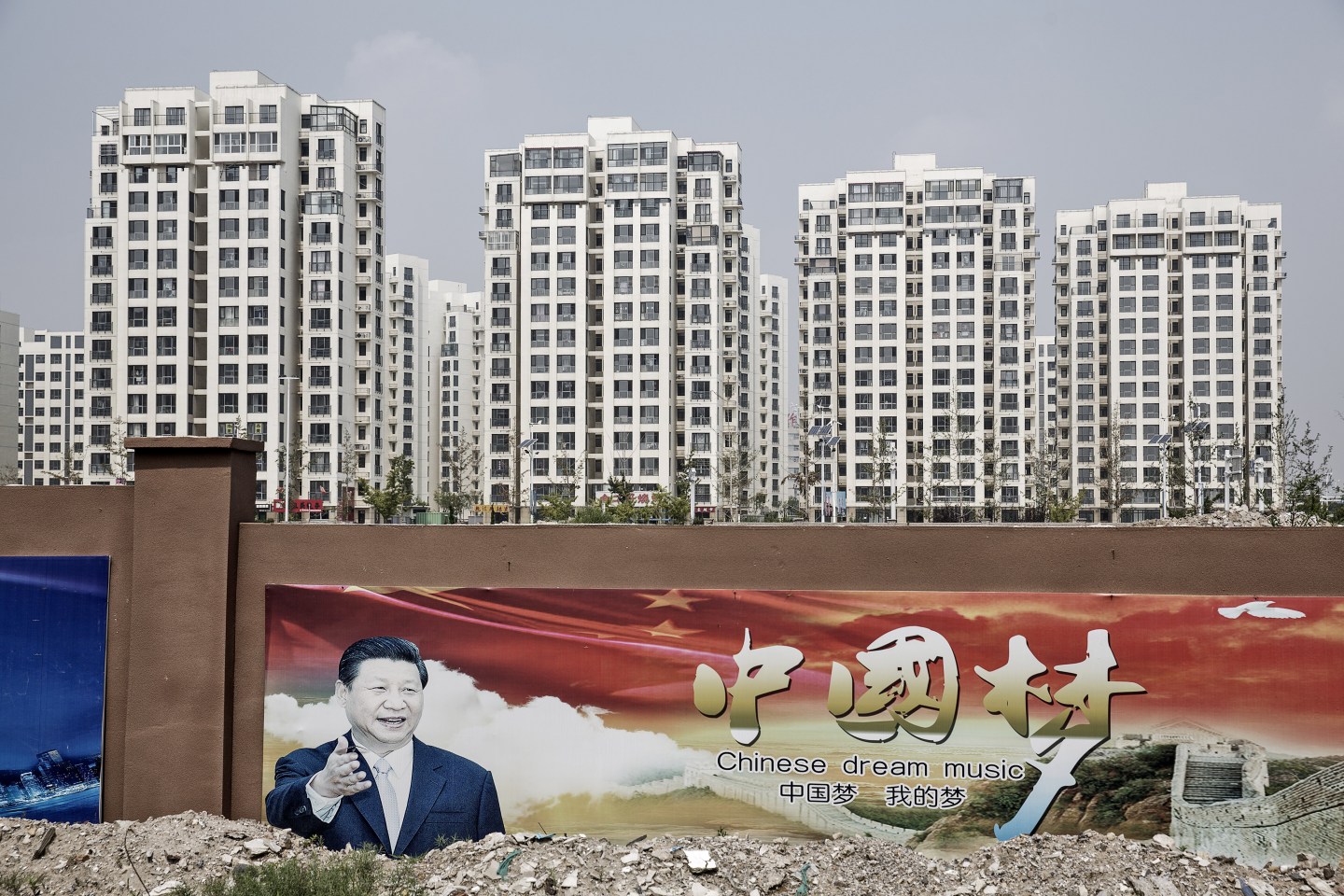 A poster featuring Xi Jinping, China's president, hangs on a wall as residential and commercial buildings stand in the background at the Caofeidian industrial zone near Tangshan, Hebei province, China, on Wednesday, Aug. 10, 2016. The best-performing bank in China is in a struggling city in the northeast where weeds sprout alongside the concrete skeletons of high rises in an industrial zone that mostly looks like a ghost town. Photographer: Qilai Shen/Bloomberg via Getty Images
Photograph by Qilai Shen—Bloomberg via Getty Images

The country’s two tech giants also urged closer cooperation between the public and private sectors at China’s third World Internet Conference, which has focused on heightened threats to cybersecurity over the past year, including disruptions to financial systems and online terrorist radicalisation.

China says the new law, which formalizes broad restrictions on technology companies working in China, was designed to remove cybersecurity threats in “critical” industries not to target foreign businesses and will help counter terrorism.

Analysts say Alibaba and Tencent operate websites and apps that have a largely local user base, and so face fewer changes in the way they store data as a result of the law.

“This marks a step forward for China. We are asking professionals to learn from these regulations,” Yang Peng, director of Tencent’s Executive Committee for Information Security, said at the conference, which is organized by China’s Internet regulator and has also focused on building more robust global governance and the responsibility of the media.

Critics of the cybersecurity law say while China’s influence in global technology has grown, its ruling Communist Party led by Xi has presided over broader and more vigorous efforts to control, and often censor, information online.

Alibaba’s Vice President Yu Weimin said the group has 3,000 people dedicated to security, and the e-commerce giant is “working with law enforcement” to crack down on some content.

“With all this technology together we can win the war on terrorism,” Yu said.

Tencent’s Yang said the company is working within state regulations to clean up content, and has removed 80,000 video clips from their site this year.

Cybersecurity took on a greater focus among regulators worldwide in February when it emerged that hackers stole $81 million from the Central Bank of Bangladesh via SWIFT, the global financial messaging system. The funds were transferred to accounts in the Philippines and Sri Lanka.

“Big Internet companies are the ones with the means to fight cyber terrorism, which is why we need more cooperation between the private and public sector,” Alibaba’s Yu said.