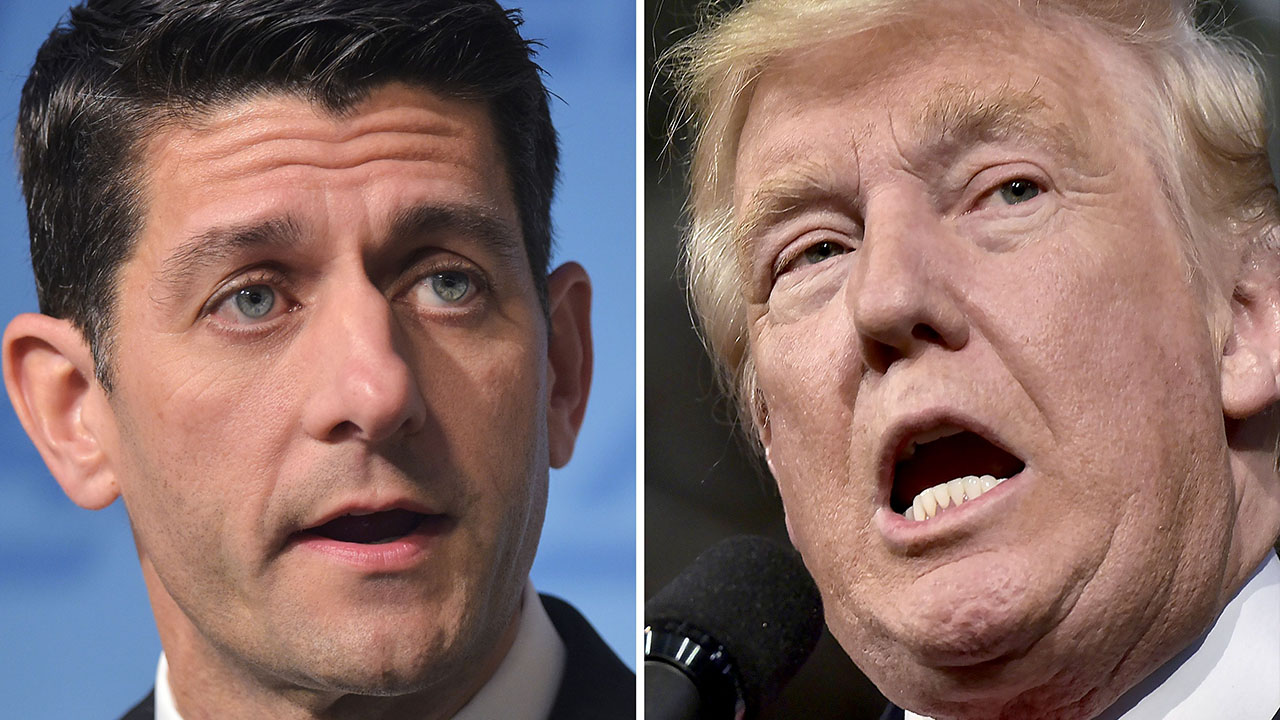 Ever since Donald Trump won the election, the market has been rallying on the fact that the Paul Ryan and others will be able to bridge the political divide with Trump.

But leap from Trumpism to Republican orthodoxy may be hard than the market thinks.

Take House Speaker Paul Ryan’s budgetary proposals. Ryan hopes to transform Medicare from a system of guaranteed, single-payer health insurance, to a system in which the government provides retirees with a subsidy to buy insurance on the private market, much like Obamacare does for younger Americans today. On Social Security, Ryan has in the past backed the creation of private savings accounts that would divert money from current retirees and enable younger workers to use that money to save for their own accounts. These days, Ryan continues to maintain that Social Security needs to be reformed, but he is more vague about how he would do it.

Trump, on the other hand, has said budgetary and tax reform could be accomplished without touching Medicare and Social Security benefits. And he wants to spend money and cut taxes, which could boost the economy and corporate profits, but will certainly balloon the national debt. Markets, which have most been up since Trump was elected, have been better on the former, without worrying about later.

Which vision will win out?

The last time Republicans had control of Congress and the White House was when President George W. Bush won reelection in 2004. The country seemed primed for President Bush to continue to enact his policy vision, which at that time was centered around the idea of Social Security privatization.

Like Ryan now, Bush wanted to change the Social Security system to allow younger workers to divert a portion of their social security contributions to private accounts, under the theory that giving more control of these savings would help workers retire with a larger nest egg. To promote this idea, Bush included it in his 2005 state of the union address and embarked on a 60-day, 60-city barnstorming idea to rally support and put pressure on Congress to pass legislation to realize this idea, but the legislation never materialized.

Within months of Bush’s campaign, cracks began to form in the Republican coalition, amid a unified Democratic Party that was dead set against the idea (or proposing an alternative), and an organized array of advocacy groups, led by the AARP. A vote in March of that year showed 5 Republican Senators jumping ship, unwilling to put their names to a bill that could be painted as threatening the solvency of a beloved program like Social Security. A full vote on the idea never made it through the House or Senate, and the episode was President Bush’s first big political loss, foreshadowing the Democratic takeover of Congress during the 2006 elections.

Republican leaders would be wise to heed this example before pushing radical changes to entitlements, but it’s unlikely that Paul Ryan and Senate Majority Leader Mitch McConnell will be able to resist enacting a rollback of the entitlement programs that has been their political fantasy for years now. The real wild card is Donald Trump. Will he be swayed into signing legislation pushed by the Ryan wing of the party, particularly after naming RNC Chair Reince Preibus—a longtime Paul Ryan ally and a fellow Wisconsinite—to the powerful position of White House chief of staff. Or will his political instincts again such unpopular policy ideas win out?

For the past sixteen months, it’s been a losing wager to bet against President-elect Trump’s political acumen. And for this reason, markets are betting that a Trump White House will be the place where the Paul Ryan’s proposals—private social security, smaller government, and tighter budgets—go to die. RIP.

Update: An earlier version of this story said that Paul Ryan is for privatizing a portion of social security into individual savings accounts. Ryan was for that plan as recently as 2012. More recently, Ryan has said Social Security needs to be reformed but he has not said how he would do it. The article has been changed to reflect that.