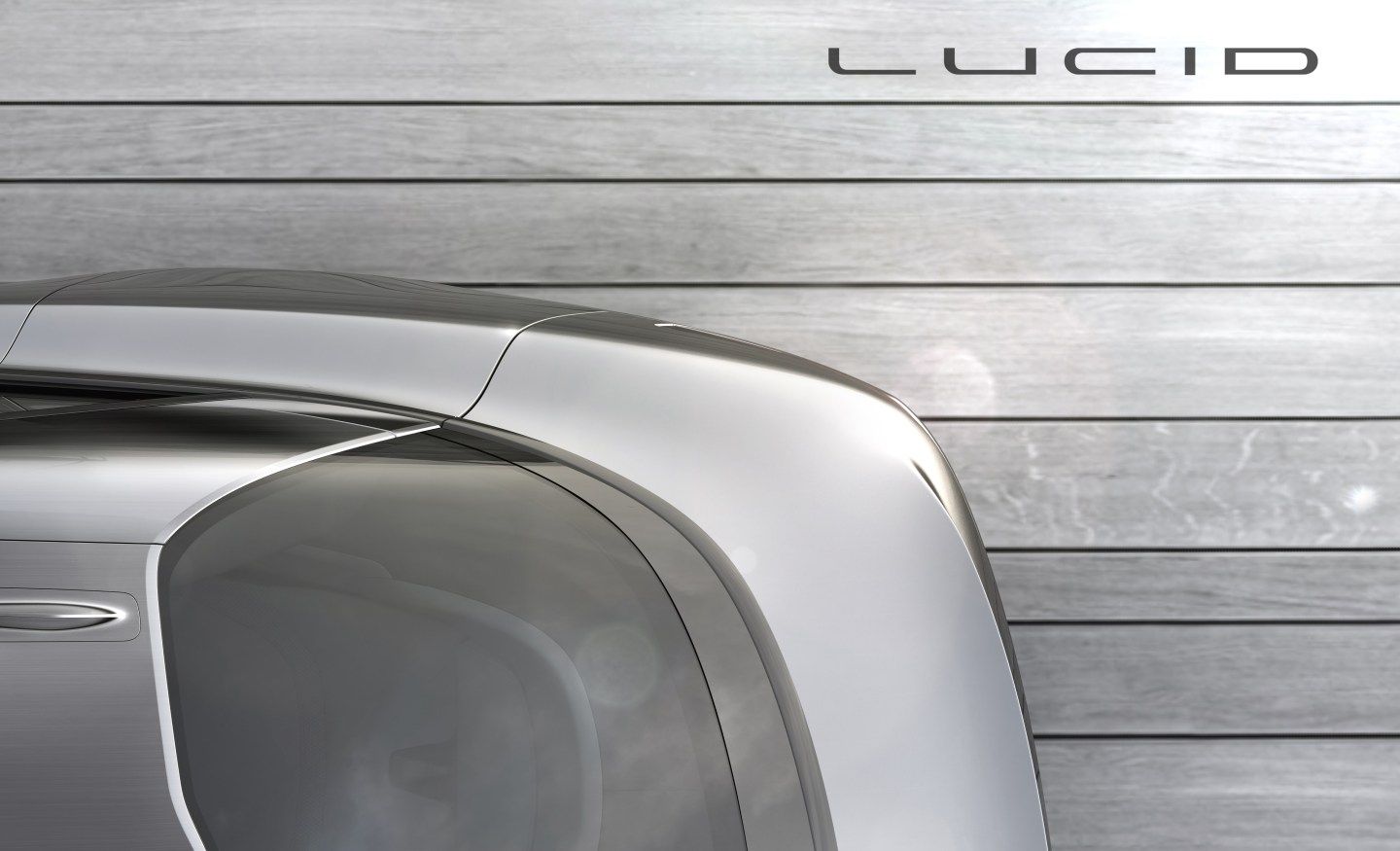 One of the key engineering minds behind Tesla’s groundbreaking electric Model S sedan has a daring new luxury electric car he and his team will officially unveil soon.

One of the last times I spoke with Peter Rawlinson, British auto engineer and the former chief engineer behind Tesla’s Model S, he was showing off Tesla’s first Model S “alphas,” which are the early production-ready prototypes at the carmaker’s headquarters in Palo Alto, Calif. That was over five years ago.

The Model S went on to win awards as the first electric car designed from the ground up, and it has been Tesla’s way to achieve a quarterly profit. Rawlinson abruptly left Tesla (TSLA) a year after that alpha event—he still doesn’t want to discuss what happened—and just before the Model S went into production.

But Rawlinson now has a surprisingly bold new act, where he’s trying to take his original reinvention of the electric car to the next level.

Picture what an “executive jet would feel like on four wheels,” Rawlinson says, speaking from the headquarters of startup Lucid Motors in Menlo Park, Calif., where he serves as chief technology officer.

Last week, Rawlinson showed me around the 9-year-old startup, originally named Atieva, which was founded to make electric car battery technology. The company decided to move into making an electric car itself two years ago, and that’s when Rawlinson joined to build a team around his vision.

A few miles away in Fremont, inside the company’s research and development garage, Rawlinson shows off one of the company’s alpha cars to Fortune, the company’s first such preview to any media outlet. The car, which is slated to go on sale in 2018, has an ultra-spacious backseat cabin, unusual new headlight technology inspired by insect eyes, a sweeping glass windshield and roof, and a futuristic front face.

The company wouldn’t allow any photos of its car prototype, even insisting on stickers over my cell phone camera as a precaution. But Lucid Motors plans to officially show off the car and its unusual features later this year.

The team says the company’s first vehicle is meant to rethink the experience of its occupants. Rawlinson and his designers and engineers have condensed and spread out the key elements of the electric car tech—the battery pack, the motor, the transmission, and the power electronics—into sections around the front and the back of the car in an entirely new way.

Sitting in the car’s rear passenger seats, I ask Rawlinson where the battery pack is. He points both behind me and in front of me. It’s “the miniaturization of power technology,” much in the same way that computing has rapidly shrunk in size, that has allowed such an innovation to occur, Rawlinson says.

By moving these core tech pieces around, it enables the car to have an almost shocking amount of rear cabin space. Lucid Motors’ vice president of design, Derek Jenkins—who formerly headed up design for Mazda—said the car’s outer body is comparable to a mid-class car (like an Audi A7 sedan). Internally, however, the car has even more space than that of a full-size car with a long wheel base.

It’s “no longer necessary to choose between classes,” says Jenkins. “We’re repackaging the car like never before.”

In comparison, traditional internal combustion cars have long had a standard layout for key components like the engine and fuel tank, which make for a pretty typical experience for the occupants. Early electric cars and hybrids, like the first Volt and the Prius, took those basic internal combustion car bodies and just added batteries in some pretty awkward places, taking up valuable seat and trunk space.

The idea behind Tesla’s Model S, and now Lucid Motors, is to create an entirely new car body architecture around the unique electric car components and technology. The Model S, led by Rawlinson, was designed to have its battery pack lie flat at the bottom of the vehicle, not only meaning that the battery doesn’t take up important space, but that also the car has a very low center of gravity.

“Something the world doesn’t know is what the Model S looked like before Peter arrived,” says Zak Edson, Lucid Motors’ director of marketing and communication, who also worked with Rawlinson at Tesla. “It was a very different vehicle before Peter came along… It was a less special vehicle in just about every way.”

Rawlinson is cranking up that concept for Lucid’s first car.

The car doesn’t have a traditional front grill, but it has a unique lighting headlamp array in front, and an unusual front air intake system that guides air flow to cool the radiator. The traditional internal combustion grill and front face “no longer make sense in the electric era,” says Jenkins.

Taking that concept even further, Jenkins and Rawlinson have designed an optional rear seat package that features lounging seats that lie way back. Picture a really luxury Uber picking up passengers that want an ultra plush experience on the ride to the airport.

I try out these seats, and it doesn’t even feel like a car anymore. My feet are propped up in front of me like I’m in a lounge chair. “This would be impossible in an internal combustion car,” says Jenkins.

The company was founded way back in 2007 by former Tesla VP Bernard Tse, who was in charge of Tesla’s original “Energy Group,” and entrepreneur Sam Weng. Tesla disbanded that energy group early on, but later resurrected it, with a vengeance, to make batteries for the power grid and buildings and work with sister company SolarCity.

After Tesla, Tse started Atieva, raised a small bit of funding, and recruited some other Tesla engineers to join him. At that time, Tse and the team were developing software for monitoring and controlling batteries for electric cars.

Over the years, the company built out substantial electric car tech, and is now a new supplier of battery tech for Formula E, the electric vehicle racing program. The team constructed prototypes of its powertrain and battery tech in a van they call Edna, which can go from zero to 60 miles per hour in 2.7 seconds.

During my visit to the company last week, Lucid Motors’ Edson took me for a zooming ride in Edna around the company’s headquarters. It’s crazy fast for a huge van.

Over the years, Lucid Motors also raised a big sum of money: hundreds of millions of dollars from investors, including Mitsui & Co, Silicon Valley firm Venrock, Chinese state-owned Beijing Auto, and a subsidiary of Chinese tech firm LeEco. LeEco is also backing electric car startup Faraday Future and also appears to be building its own vehicle.

Yet, with more funding, and more competition, it eventually became clear to the team and investors that Atieva needed to build an actual electric car itself, instead of just the technology for it.

A couple years ago, Atieva execs approached Rawlinson, who was in the U.K. taking care of his mother. He said he could be interested in joining the team, if he was able to build out the electric car he’d been envisioning for years.

That’s where the idea of the “executive jet” experience appears to come in. The company won’t reveal the cost of such a luxurious car, but it says it’s comparable to a luxury car in the same class as models like the Audi A7.

Despite the team’s clear vision, getting the car to market could still be a hard road. Not only is there major new competition from startups, but there’s also Tesla and the big automakers rushing ahead to make new cars.

Lucid Motors will also need to raise more funding and build a factory to make its cars, just as Tesla had to do. The company says it will build its factory in the U.S.

In addition, Rawlinson, who is CTO, acknowledges that Lucid is missing a CEO. He says the company will likely bring one on, though doing so at this late stage is always tricky.

Rawlinson knows the perils first hand, but he’s also been through it before. “Until Tesla, there was an unwritten rule, and a widely held belief in the motor industry, that it was impossible to start a new car company from scratch. Tesla successfully broke that,” he says.

“I think some of the other car companies can follow because they’ve seen Tesla’s success and they realized it’s possible to achieve this.”

At the same time, he contends: “I think that we should not underestimate the enormity of the task and the depth of expertise needed to execute on any car, let alone a world-class groundbreaking product.”

Lucid Motors will be at the LA Auto Show this week, so look out for sneak peeks of its first car, which the company hopes to out-Tesla Tesla.

Updated on November 15, at 6:28 PM PST to reflect that the headline and first line have been changed to convey that many engineers worked on Tesla’s Model S.