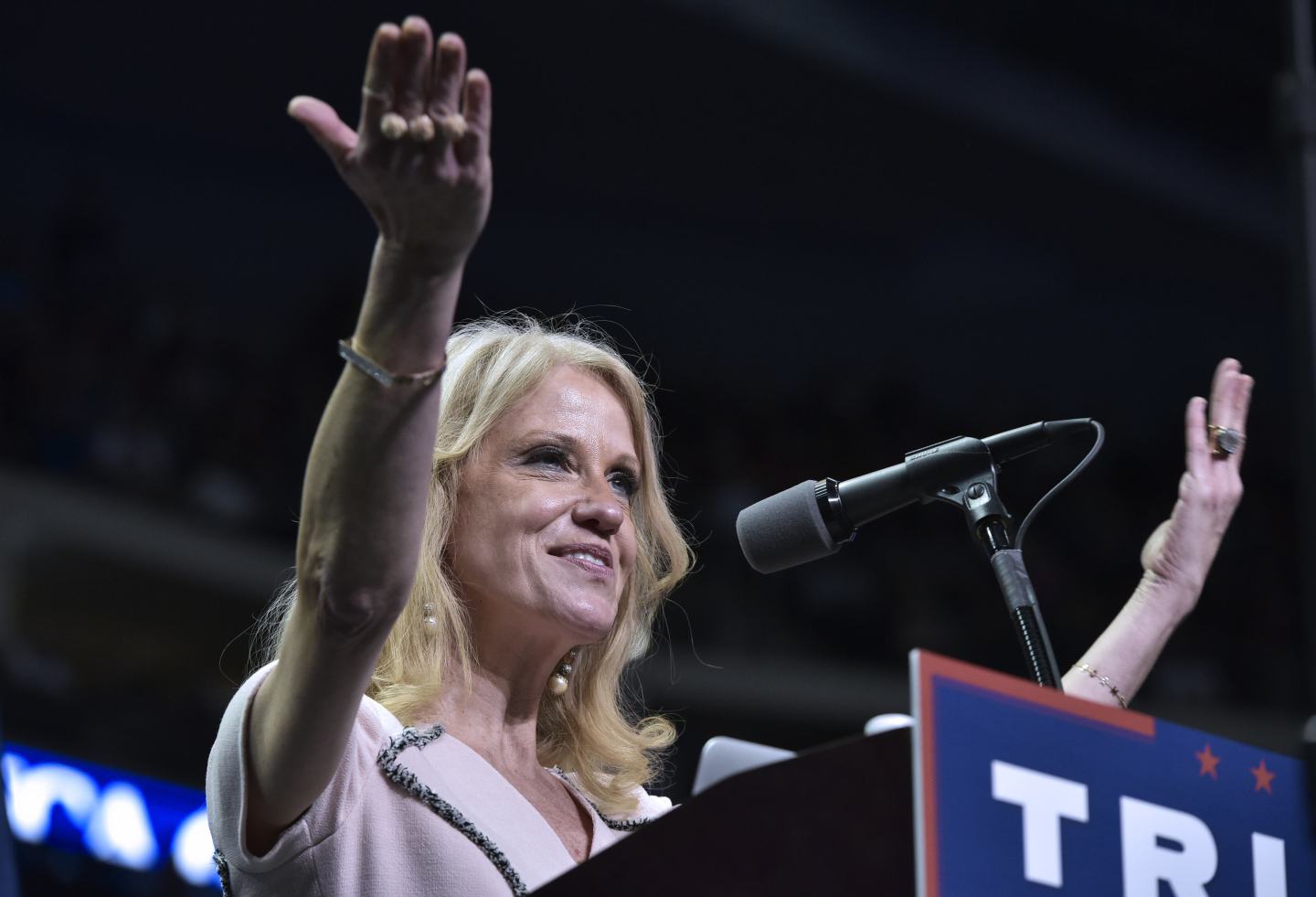 Kellyanne Conway is poised to become one of the most powerful women in Washington.

Last week, the “Trump whisperer” made history by becoming the first woman to run a successful presidential campaign. Since Donald Trump’s stunning victory, Conway’s name has been all over the headlines, as the former pageant queen remains the president-elect’s most vocal surrogate.

Conway’s recent flurry of media appearances—she was on NBC’s Meet the Press and Fox News Sunday over the weekend—as well as the Washington rumor mill seem to point to her being under consideration for the role of White House press secretary, according to Politico. (A Trump spokesperson did not respond to Fortune‘s request for comment.)

The speculation about Conway’s next role intensified last week when she used Twitter to dispute journalist Gabriel Sherman’s assertion that she was “reluctant to take [an] administration job” because she wanted to keep running her business. “False,” wrote Conway, who runs The Polling Company (which is, in fact, a polling company), before mentioning that she had been offered a White House job.

False. Could it be those "sources" want the WH job I've been offered? https://t.co/ZXJGUZm5Zz

She told the New York Post that she “will absolutely go somewhere for [her] highest and best use for this particular president and his administration” and that she would “confer further with Mr. Trump in the upcoming days about what that is.”

While there had previously been rumors that Conway might be appointed the White House chief of staff, those were quickly quashed over the weekend, when Trump announced that Republican party chairman Reince Priebus will serve in that role. Meanwhile, Stephen Bannon, the controversial former chairman of Breitbart Media and former CEO of Trump’s campaign, has been named senior counselor.

It was Bannon who initially brought Conway into the fold, according to The New Yorker. “I’d only do this if Kellyanne came in as my partner,” he reportedly told Trump back in August, when he was asked to take over the campaign. (Its previous two managers, Corey Lewandowski and Paul Manafort, fell out of favor with the Trump family for various reasons.)

Since becoming Trump’s campaign manager, Conway has reportedly become one of his most trusted advisors. “They have very good chemistry,” former Congressman and Trump supporter Newt Gingrich told the The New Yorker, saying that she has not made the mistake of trying “to reshape him.”

Conway also brings something to the table that many of the president-elect’s advisors lack: a female perspective. Judging by Trump’s mostly male transition team—as well as the speculation about his likely cabinet picks—she could become one of the few powerful women in his White House.

If either Conway (or Ingraham) is appointed, she will become the third female White House press secretary in history.