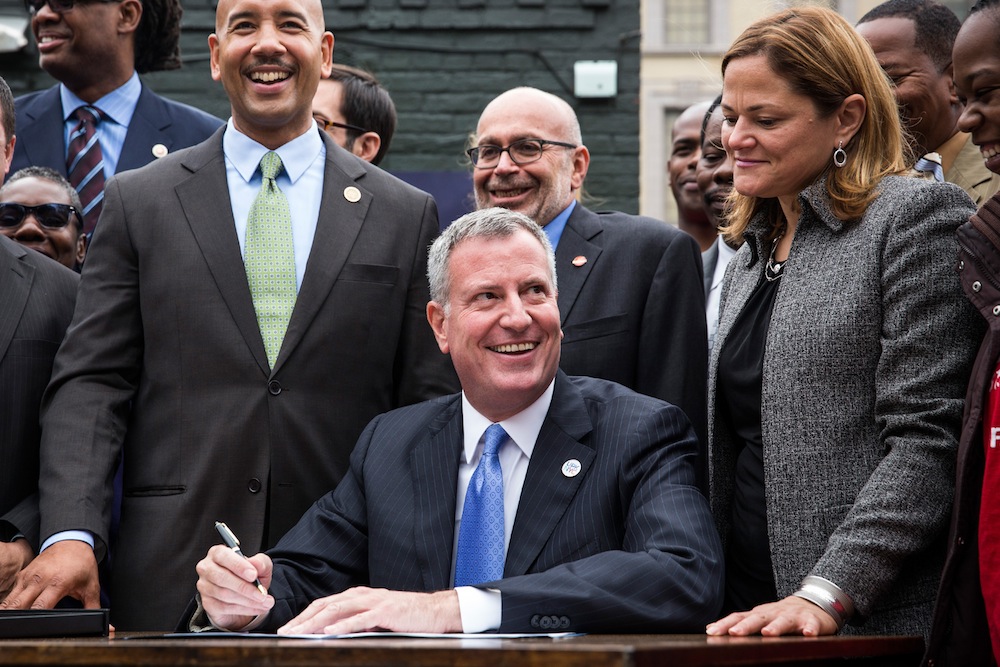 Officials in New York and Los Angeles on Thursday said they hoped President-elect Donald Trump would not follow through on a campaign promise to withhold federal funds from “sanctuary cities” that shield people who are in the country illegally.

New York and Los Angeles do not hold undocumented inmates in jail at the request of the U.S. Department of Immigration and Customs Enforcement (ICE) unless the detainer request is accompanied by a judge’s order, officials said.

Trump said during a debate with Democratic presidential nominee Hillary Clinton in October he would seek to deport major drug dealers. “We have some bad hombres here and we’re going to get them out,” he said.

Trump early in his campaign pledged to deport all 11 million undocumented immigrants in the United States and also threatened to withhold federal funds from sanctuary cities.

De Blasio said Trump’s threat to withhold funds from sanctuary cities was “dangerous,” but it was too soon to tell whether the president-elect intended to follow through on all his proposals.

A spokeswoman for Trump did not return emails or a call.

In Los Angeles, a spokeswoman for Mayor Eric Garcetti also voiced hopes over how Trump would proceed on the issue.

“We comply with federal immigration agencies, but insist that detainer requests be handled constitutionally,” Connie Llanos, the spokeswoman, said in an email.

“It is Mayor Garcetti’s sincere hope that no president would violate those principles, the very foundation of our nation, by taking punitive action on cities that are simply protecting the well being of residents.”

California is one of five states that limit compliance with ICE detainer requests and similar policies are in place at 37 cities nationwide, according to the Immigrant Legal Resource Center.

Last month, a federal judge in Illinois found the ICE detainer requests were unconstitutional, but the ruling did not apply nationwide.