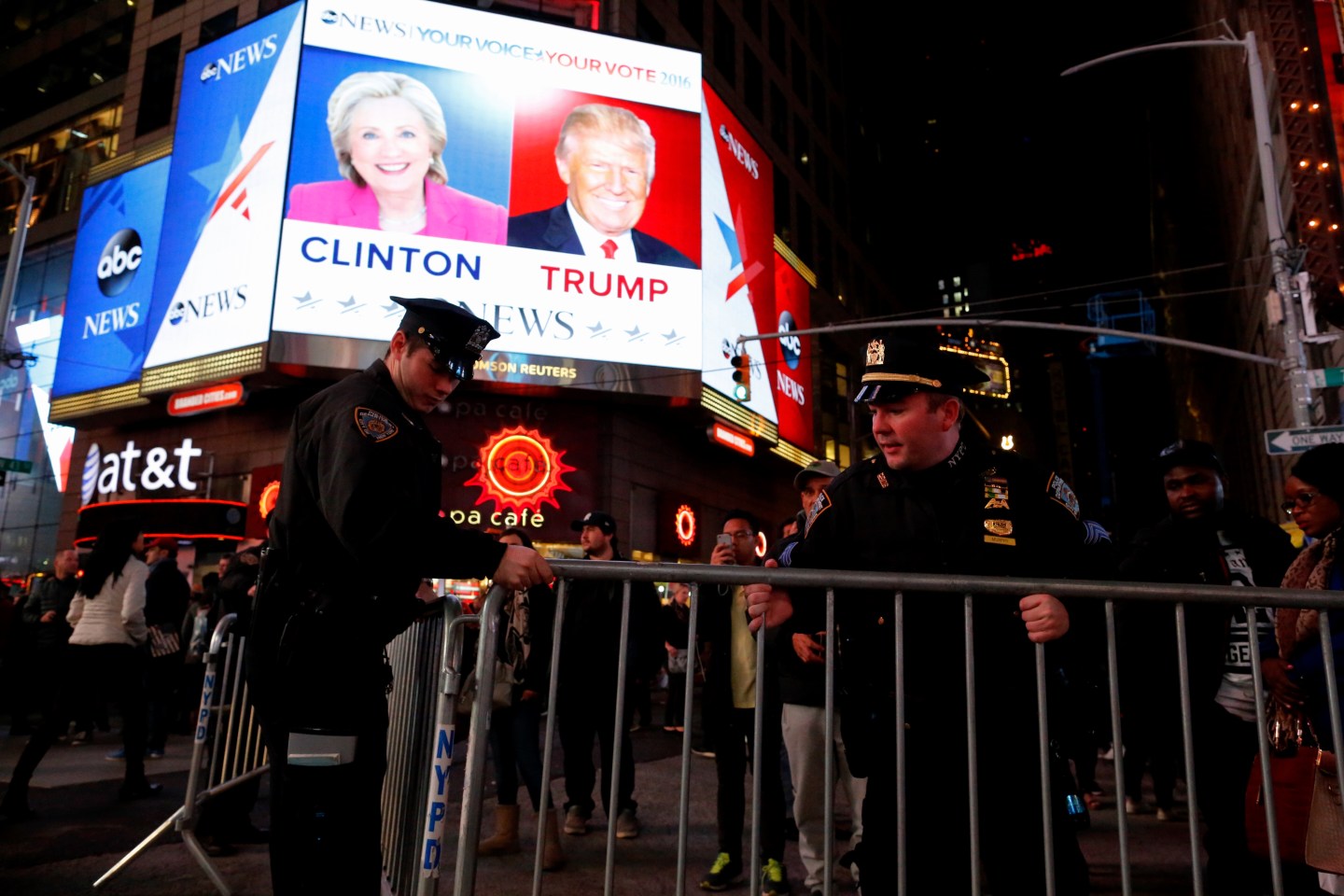 How much could you have made had you bet that the political outsider Donald Trump would have taken the White House?

He, like political pollsters and many of his fellow professional gamblers, expected Democratic presidential candidate Hillary Clinton to take the White House as election results were reported last night.

“I was supremely confident. I though she was going to win by a landslide. When the results were first coming in, I was extremely confident,” he told Fortune. Krishnamurty is also an analyst at Betfair and runs the blog, the Political Gambler. “[Trump’s win] was 1,000 time less likely than Brexit. I was arguing that Trump had no chance.”

But the tables turned at 9:30 p.m. EST Tuesday, as Georgia announced that its electoral votes had gone to Trump, and more and more swing states sided with the GOP candidate.

Yet one Betfair gambler was confident in a Trump victory, with a future that had been widely considered “delusional” and improbable. He was the biggest winner over the presidential elections, collecting $2.5 million through the course of the campaign, according to U.K.-based Betfair. The customer made several bets as the odds of a Trump presidency continued to shift with polls and events. The customer, who wished to remain anonymous, made his or her first bet following the Iowa caucuses in February.

The odds of a Trump win closed from around 25 to 1 in August 2015 when he first announced his campaign, or a return 25 times the initial investment, according to Krishnamurty, down to 6 to 4 ahead of the first presidential debate, and 5 to 1 on Tuesday night.

Among online betters, Trump was considered highly unlikely to become president, according to Betfair. Roughly 40% of cash staked on the elections fell in favor of a Clinton win, and most polls leading up to election night on Tuesday ruled in Clinton’s favor.

And what if gamblers had decided to bet on Trump winning particular states? After all, the now president elect managed, against all odds, to break through the “blue wall,” claiming both Wisconsin and Pennsylvania.

According to Ladbrokes’ Shaddick, customers likely won the most by betting that Pennsylvania would be claimed by Trump. It would likely result in a few thousand dollars at most, he said, since those bets tend to be risker, leading individuals to bet less.

Similarly, those who bet that Michigan or Wisconsin would go to Trump last night would’ve also earned four times their initial stake on Betfair.