Snapchat Has a Powerful New Ally in Its Battle Against Facebook 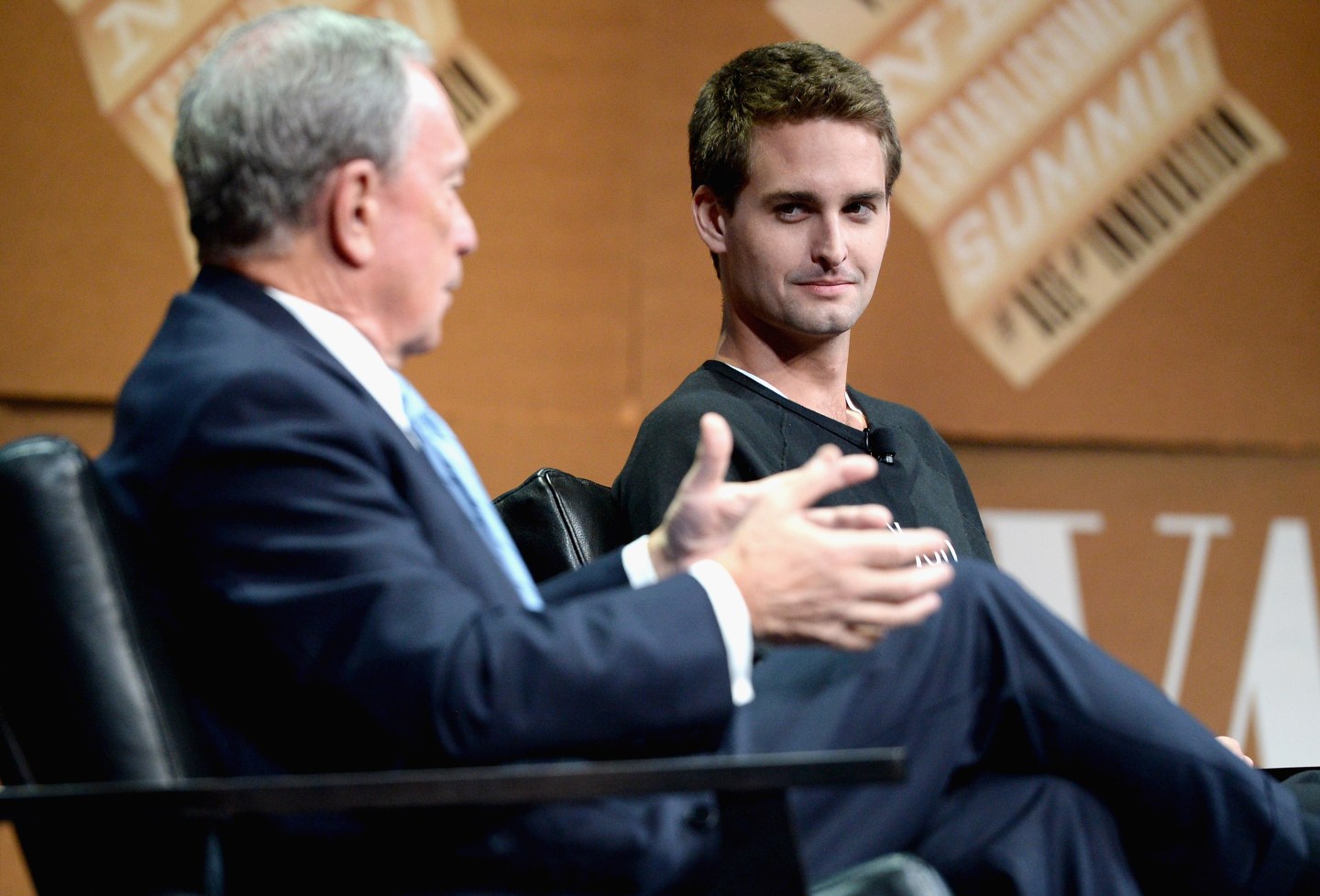 When Google reorganized itself as Alphabet (GOOG) last year, it immediately struck the “Google” brand from a number of its divisions. Google X, its “moonshot” division, became simply “X,” and Google Ventures, its VC arm, became GV. But its lesser-known growth-stage investment arm, Google Capital, took its time rebranding. On Friday afternoon, Google Capital finally revealed its new name. Sadly for my ego, they did not choose G-Cap, Fortune’s suggestion from my 2015 profile of the firm. Instead they went with the title of a Nine Inch Nails song: CapitalG.

More important than the new name are the two new investments CapitalG revealed Friday: The firm has backed both Snap Inc., the parent of Snapchat, and Airbnb. A company representative confirmed the deals but would not elaborate on the size of its investment or when they happened. We can probably assume CapitalG participated in Airbnb’s massive September funding round, which values it at $30 billion, and Snap’s $1.8 billion funding round from this Spring, which values the company at $20 billion.

With its $300 million fund, CapitalG’s selling point to startups is all about “value-add.” In other words, we’re not just writing checks, we’re contributing to your company’s success. The firm uses its access to 40,000 Alphabet employees, who are experts on topics as varied as security IT and search-based marketing, to help growth-stage startups solve their thorniest problems.

This kind of thing is more common at early-stage venture firms, which offer increasingly elaborate suites of services for startups, from PR and recruiting to “design sprints” and human resources. It’s their way of competing against the flood of new money coming from basically every direction to invest in startups. But it’s less common in the late stage, where passive investors like hedge funds and mutual funds tend to write checks and then wait for the IPO.

With that in mind, it’s very interesting to imagine the kinds of services and advice a startup like Snap, which makes money selling digital advertising, might glean from Google, the largest digital advertising company in the world. Snap and Google share a common competitor in Facebook (FB).

Beyond that, Snap recently announced its first hardware product, Spectacles. They’re sunglasses with a camera that automatically uploads the videos it takes to your Snapchat account. The world reacted to the news with intrigue and excitement. Less excited, I assume, were the people who worked on Spectacles’ widely ridiculed predecessor, Google Glass. Somehow Google couldn’t make face-cameras cool. Snap may actually pull it off. Together, they make an interesting alliance.

Of course, any knowledge sharing requires Evan Spiegel, Snap’s notoriously secretive CEO who reportedly discourages collaboration among the company’s highly federated organization, to actually open up to Alphabet. But even if CapitalG winds up as passive money in this deal, it stands to earn a solid return in just a few months, based on reports of Snap’s upcoming IPO.