Here Are the Ballot Initiatives That Could Impact U.S. Energy Policy 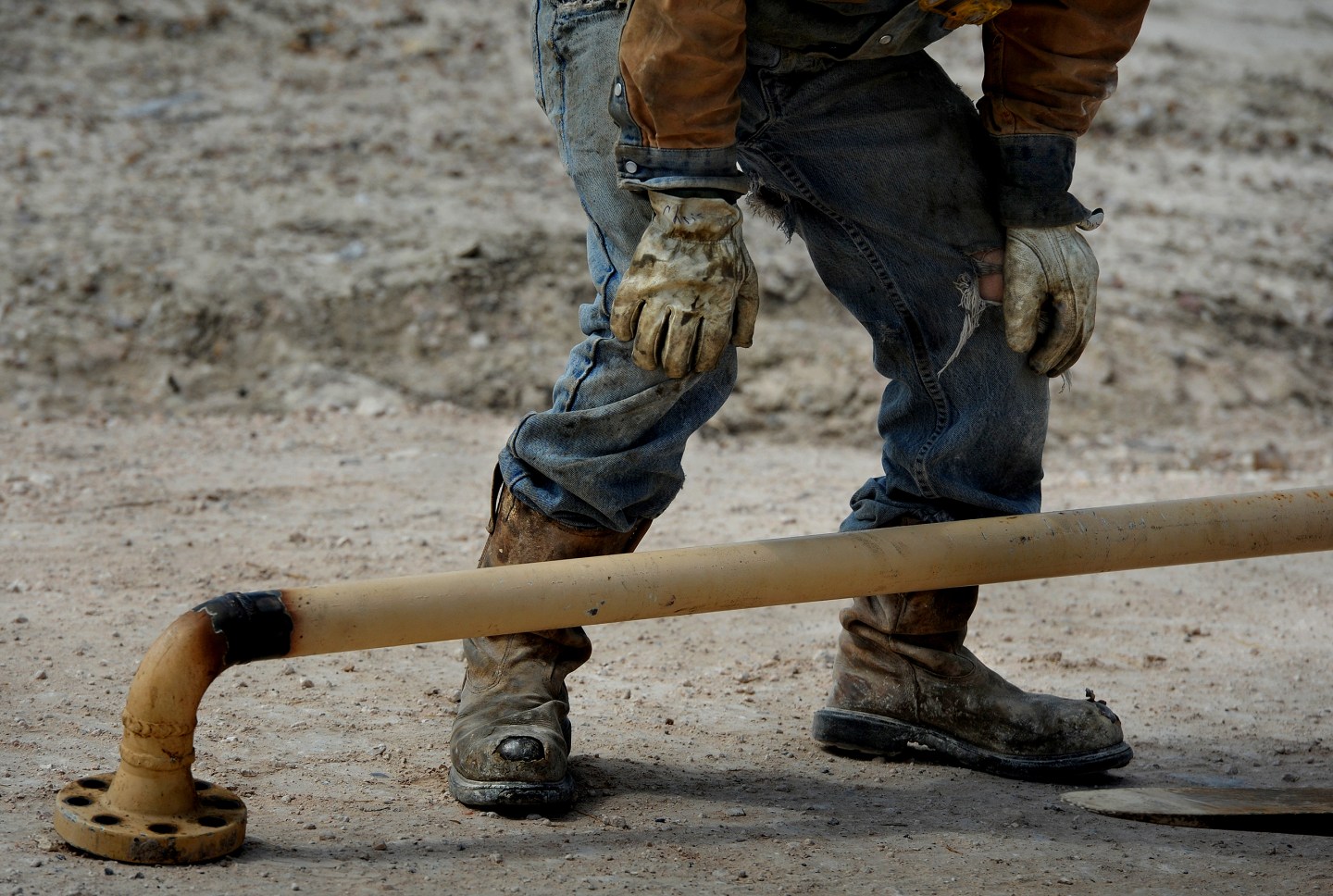 TILDEN, TX-MAR 01: A Swift Energy worker pauses before lifting a pipe at a fracking site. This is at a still operating drill site near Tilden, Texas for Swift Energy Company. As (per barrel) oil prices dropped these past months, many Texas drilling companies (and the local towns where they operated) suffered dramatic financial losses. Among those hit hard was the Houston based Swift Energy Company which has filed for Chapter 11 Bankruptcy protection. Terry E. Swift is the President and Chief Executive Officer of Swift Energy Company. He is now struggling to keep the company going that was founded by his father in 1979. (Photo by Michael S. Williamson/The Washington Post via Getty Images)
Michael S. Williamson—The Washington Post/Getty Images

The financial and commodity markets took a hit at the end of October and early November as the U.S. presidential election seemed to tighten, with the future of U.S. government policy at stake. The uncertainty led the S&P 500 to sink in consecutive days between October 25 and November 3, one of the longest stretches in years. Conversely, the CBOE Volatility Index, measure of stock volatility, spiked as polls showed Donald Trump gaining lost ground on Hillary Clinton.

Much has been made about the differences between the two candidates on energy. In short, Hillary Clinton would pose challenges, although not existential ones, to oil and gas. EPA regulations could tighten, while support for renewable energy could also be expected. Oil and gas drilling would probably continue largely unencumbered though – Clinton essentially represents an extension of the Obama era. Trump on the other hand, would repeal regulations on fossil fuels far and wide. Based on stock market movements, investors are worried about the broader risks of a Donald Trump presidency, but one thing is for sure, he would be a huge friend of oil and gas.

Leaving presidential politics aside, there are several other crucial energy questions to be solved on Election Day. A series of ballot initiatives could have large implications for the oil and gas industry, even as the referenda struggle to gain attention in the media circus surrounding the race for the White House. Here is a quick rundown of some of the most important energy issues to be decided by voters on Tuesday.

Washington State carbon tax. The state of Washington is proposing a state-wide carbon tax. Initiative 732 has garnered a surprising amount of support, likely due to the fact that it would share the revenues raised with Washington residents. The $15 per metric ton of CO2 would be revenue neutral, with revenues to be used to cut the state’s sales tax by 1 percentage point, share revenue with low income families, and reduce other business taxes. The tax jumps to $25/ton in 2018 and rises by 3.5 percent above inflation annually. The benefits seen by many from the carbon tax has allowed to a degree of popularity, and in fact, some greens do not like it because the revenue is not used to further renewable energy programs. But the proposed funding scheme is much more politically popular, and it could be enough to see the first carbon tax implemented in the U.S.

Florida’s anti-solar Amendment. One of the more confusing initiatives is an anti-solar amendment in Florida being deceptively billed as a pro-solar effort. The language in the amendment says Florida residents would have the right to own or lease solar panels…a bizarre assertion since that right already exists currently. That section has been included in order to dupe voters into supporting the rest of the amendment, which enshrines monopoly power for the state’s utilities over the electricity sector. Florida is one of only a few states that bars third party installers like SolarCity from owning power generation assets, which means residents cannot lease solar panels. To have solar, one has to pay for the entire installation upfront, and cannot lease them. The state’s laws severely restrict the potential growth of the solar sector, protecting monopoly profits for utilities and barring competition. The shameless effort on behalf of the utilities to push this anti-solar amendment would lock monopoly power into the state constitution. Voters appear set to unwittingly pass the amendment because of the seemingly pro-solar language.

Nevada’s utility monopoly. Nevada voters are weighing a decision on whether or not to end the effective monopoly that NV Energy has on the state. Several major Las Vegas casinos want to get out of contracts with NV Energy in order to purchase electricity from cheaper sources, including solar. Support to end the monopoly is likely spurred on by the controversial 2015 decision by officials at the Public Utilities Commission to hike fees on homes that have solar, a move that basically kicked SolarCity out of the state. As in Florida, the Nevada initiative is another proxy battle between the utility monopoly and more competition from renewable energy.

Fracking ban in a California County. A ballot measure in Monterey County in California would ban fracking. As the Wall Street Journal noted recently, two neighboring counties±—San Benito and Santa Cruz—already having fracking bans, but those counties do not have a heavy drilling presence. The stakes are higher for Monterey County because oil is produced there. Measure Z will ban fracking in Monterey County, it would ban new wells, and it would place tighter regulations on the use of disposal water. The industry says the measure would kill the industry in the county. “Measure Z bans oil production in the county because it does not leave any way to manage the produced water,” Dallas Tubbs, a Chevron (CVX) engineer, told the WSJ. The oil and gas industry is spending heavily to oppose the measure.

OPEC Remains Positive On Output Cut As Oil Crashes To $44

Colorado effort to restrict citizen-led constitutional amendments. A Colorado initiative would have a more indirect effect on the energy industry. The vote in question would make it more difficult for citizens to put state constitutional amendments up for a direct vote via the ballot box. This stems from the handful of local bans on fracking that have passed in Colorado in recent years, and it comes after the failed effort by activists to get a statewide fracking ban on Tuesday’s ballot. The fracking ban fell short of the signatures needed, and the state’s energy industry wants voters to pass Amendment 71 on November 8, which will make it even more difficult for citizens themselves to place future amendments on the ballot.