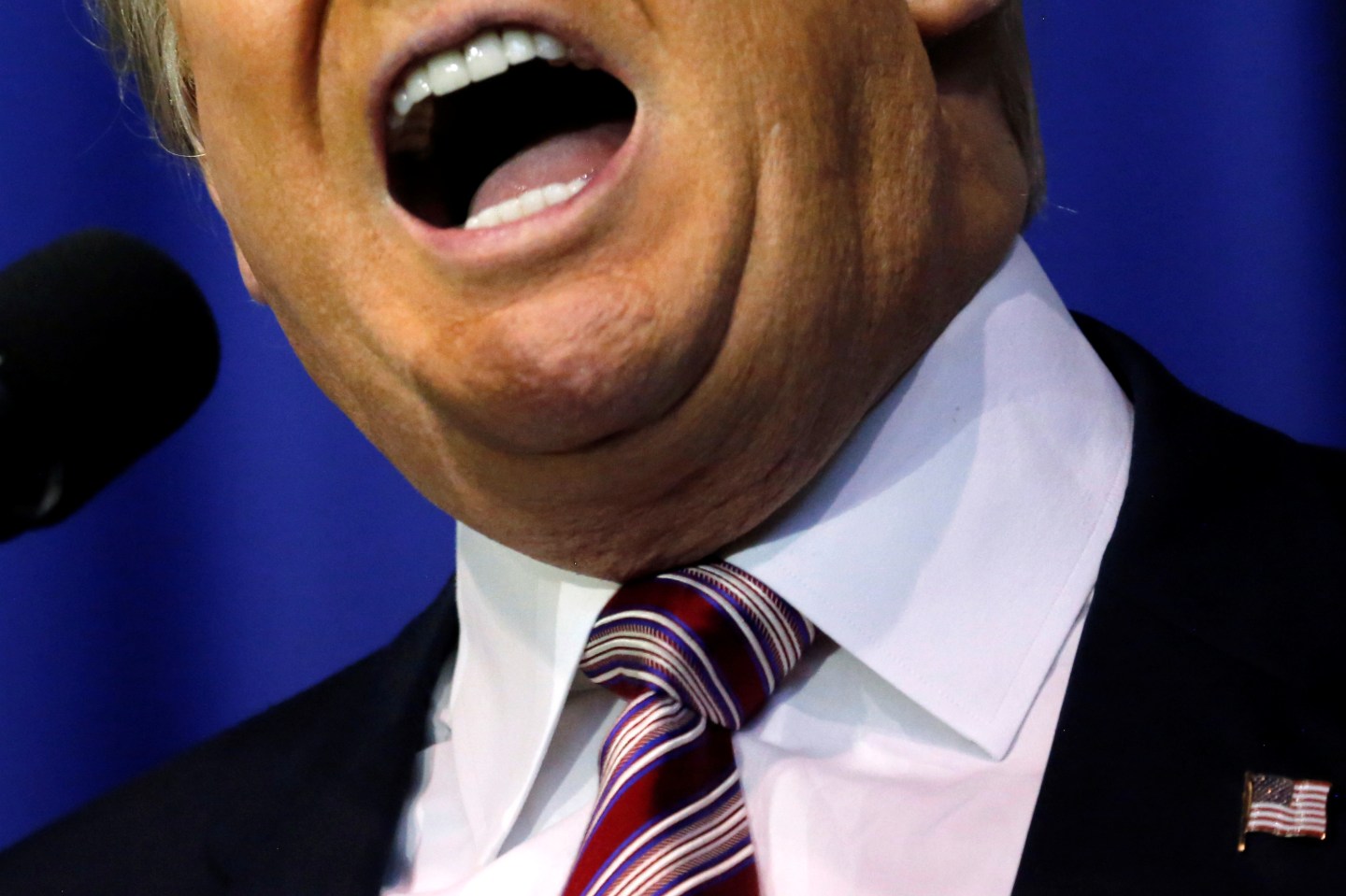 A new report from the New York Times reveals that staffers on the Donald Trump campaign have taken direct control of the @realDonaldTrump twitter account away from the GOP candidate. Though Trump still dictates tweets to his press team, including spokeswoman Hope Hicks, they now vet and edit those communiques.

That generally seems to have meant softening what has often been Trump’s harsh and vindictive tone on Twitter. The Times piece specifically describes Hicks modulating this tweet, which in Trump’s original version ended with a more blunt “Get back to work.”

Looking at Air Force One @ MIA. Why is he campaigning instead of creating jobs & fixing Obamacare? Get back to work for the American people!

The report does not indicate precisely when Trump gave up direct control of his Twitter account. But previous reporting has found that tweets written directly by Trump could be distinguished from those written by his staff. In general, Trump’s own tweets have been more hyperbolic and negative.

A review of recent tweets shows none of the more vitriolic rhetoric that has generated many (arguably damaging) headlines for Trump throughout the campaign. Tweets sent over the last five days are predominantly upbeat praise for the crowds at Trump rallies, links to Trump-skewing news, and announcements of upcoming events.

Tweets sent on November 1st, though, still had strong hints of Trump’s unvarnished personal style—including the abbreviation of “Crooked Hillary” to simply “Crooked.”

So terrible that Crooked didn't report she got the debate questions from Donna Brazile, if that were me it would have been front page news!

Crooked Hillary should not be allowed to run for president. She deleted 33,000 e-mails AFTER getting a subpoena from U.S. Congress. RIGGED!

Look at the way Crooked Hillary is handling the e-mail case and the total mess she is in. She is unfit to be president. Bad judgement!

The Times report paints the more controlled approach to Twitter as part of the Trump campaign’s home-stretch efforts to control the candidate’s image. Twitter has been both a huge platform for Trump to galvanize his followers, and a frequent minefield. Perhaps most notoriously, Trump unleashed a week-long Twitter campaign attacking former Miss Universe Alicia Machado following the first presidential debate in September.

For more on tech and the campaign, watch our video.

That tirade, in which Trump called Machado “disgusting,” exemplified the lack of message discipline that many pundits have said may ultimately cost him the Presidency. Now, it seems, Trump has been convinced that a little restraint could benefit him.