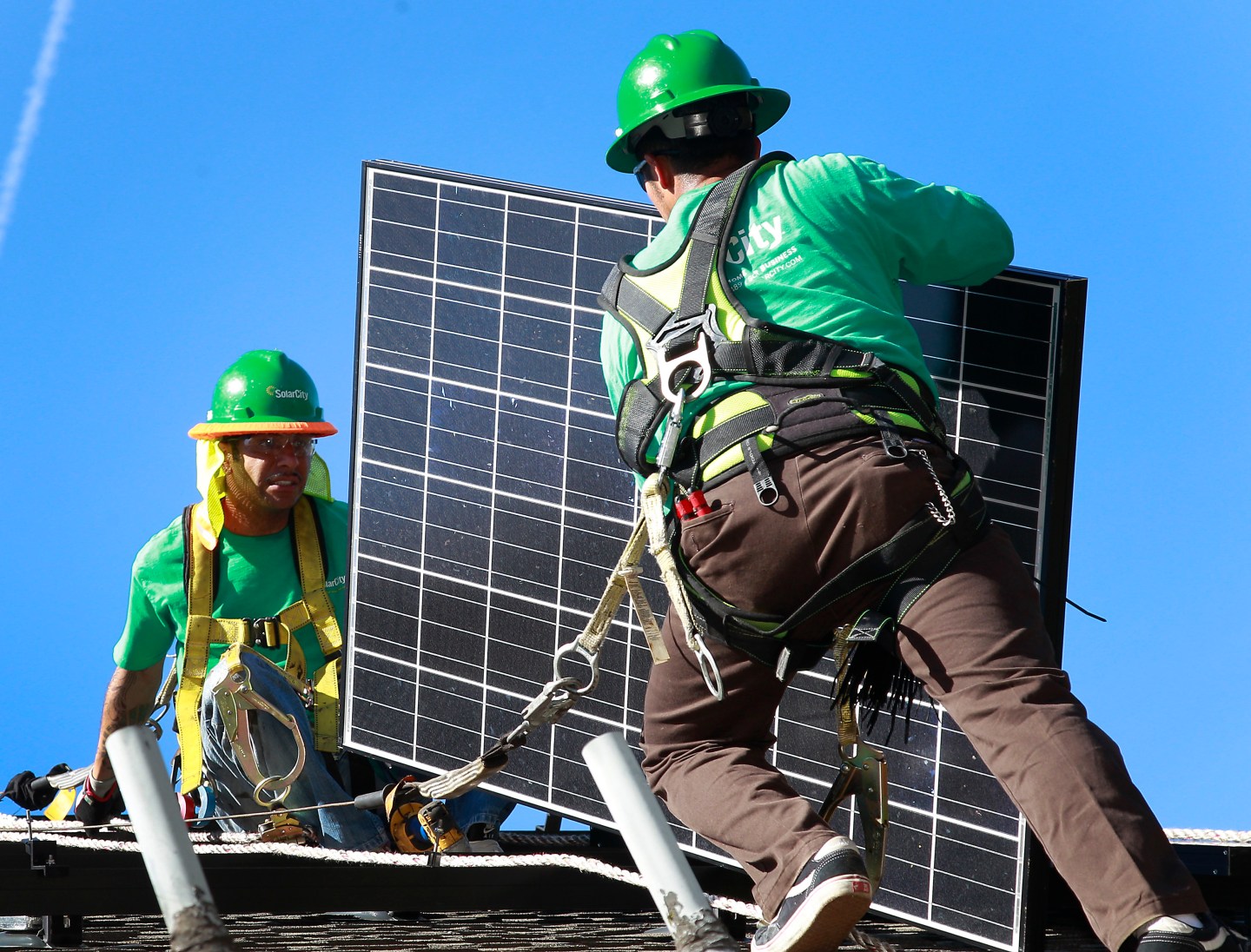 In a motion filed on November 2nd in Florida’s Supreme Court, solar energy proponents have renewed their arguments that a proposed Florida constitutional amendment on the November 8th ballot was expressly conceived to deceive voters. The new motion, triggered by new recordings of an adviser to the ballot measure campaign, seeks to reopen Florida Supreme Court proceedings that had previously approved the language of the proposal. If the court reverses itself, it could strike the proposed amendment from the ballot.

The initiative was introduced by a group called Consumers for Smart Solar, which has received more than $20 million in funding from Florida’s utility industry. It reads:

This amendment establishes a right under Florida’s constitution for consumers to own or lease solar equipment installed on their property to generate electricity for their own use. State and local governments shall retain their abilities to protect consumer rights and public health, safety and welfare, and to ensure that consumers who do not choose to install solar are not required to subsidize the costs of backup power and electric grid access to those who do.

Many voters would interpret that language as supporting more solar installation, which 76% of Americans support. But the solar industry and advocacy groups say it would actually harm solar development by opening the door for additional fees and penalties for solar customers. That potential is tucked into the language about ensuring that non-solar customers don’t have to “subsidize” grid costs for solar users.

The first part of the amendment, they further argue, purports to ensure citizens’ rights to “own or lease solar equipment”—but that right already exists in Florida.

The new filing was triggered by an October 18th Miami Herald report on statements made by Sal Nuzzo, the vice president of policy for the James Madison Institute, a think tank supported by Florida’s utilities and the fossil fuel industry. Speaking at the State Energy/Environment Leadership Summit in Nashville in October, Nuzzo described the ballot measure as “an incredibly savvy maneuver,” saying it “would completely negate anything [solar advocates] would try to do either legislatively or constitutionally down the road.” (Recording available here).

“Solar polls very well,” Nuzzo continued. “To the degree that we can use a little bit of political jiu-jitsu and take what they’re kind of pinning us on and use it to our benefit . . . use the language of promoting solar, and kind of, kind of put in these protections for consumers that choose not to install rooftop.”

For more on solar, watch our video.

The utility industry argues that additional fees for solar users are necessary to offset grid maintenance costs. The lack of such fees, they say, would shift costs from the mostly-wealthy consumers able to afford solar leasing or installation to poorer electric consumers. But a recent Brookings Institute analysis concluded that increased rooftop solar imposes “no significant cost increase for non-solar customers.”

Consumers for Smart Solar has since hurried to distance itself from the James Madison Institute, including, according to the New York Times, deleting references to the group from the CSS website. However, Nuzzo makes reference in the recordings to the JMI consulting with the CSS campaign.

According to the claimants in the new filing, the recordings “demonstrate conclusively that the ballot title and summary of the proposed constitutional amendment are . . . affirmatively misleading and do not clearly and unambiguously set forth the chief purpose of the amendment.”

Despite its famously abundant sunshine, Florida has underperformed in solar policy and solar generation. Florida bans third-party solar installers such as Elon Musk’s Solar City, and produces less solar energy per capita than states including New Jersey and Colorado.