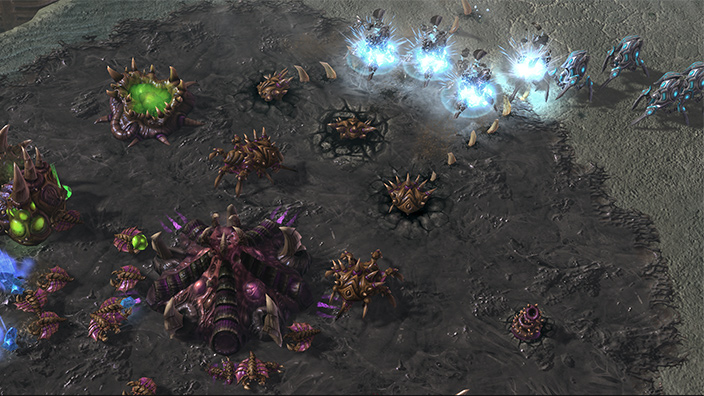 At this week’s BlizzCon convention in California, game developer Blizzard announced that it would release tools to allow third parties to teach artificial intelligences to play the real-time wargame Starcraft II. The tools are being developed in collaboration with Google’s DeepMind team, and will use the DeepMind platform.

In a blog post accompanying the announcement, the DeepMind team said Starcraft “is an interesting testing environment for current AI research because it provides a useful bridge to the messiness of the real world.” The game involves interconnected layers of decisions, as players use resources to build infrastructure and assets before engaging in direct combat.

StarCraft’s complexity when compared to Chess or Go, then, makes it closer to the real-world problems faced by computers which do things like plan logistics networks. Those complex systems still present serious challenges for even the most powerful computers, and insights gleaned from StarCraft could help make their solutions faster and more efficient.

One of the most interesting parts of StarCraft’s “messiness” is its use of incomplete information as a gameplay parameter. Much of each player’s vision is obscured by a ‘fog of war,’ forcing players to predict one another’s decisions while planning their own. That’s a challenge not faced by developers of artificial intelligence for Chess, for instance, where the whole board is visible at once.

Another major difference between StarCraft and games like Chess and Go, which computer agents have become increasingly adept at, is that StarCraft unfolds in real time, rather than by turns. That could prove to be an advantage for computer agents, which have more raw processing power than a human brain. Or it may turn out that humans are better at using what brainpower they do have, through the still little-understood phenomena that we call intuition and instinct.

For more on artificial intelligence, watch our video.

However, it seems that StarCraft agents will have to work within some of the same limitations as human players. DeepMind’s post says AI players will have to make decisions about controlling the game’s camera to learn about game conditions, and execute mouse clicks “within limits of human dexterity.”