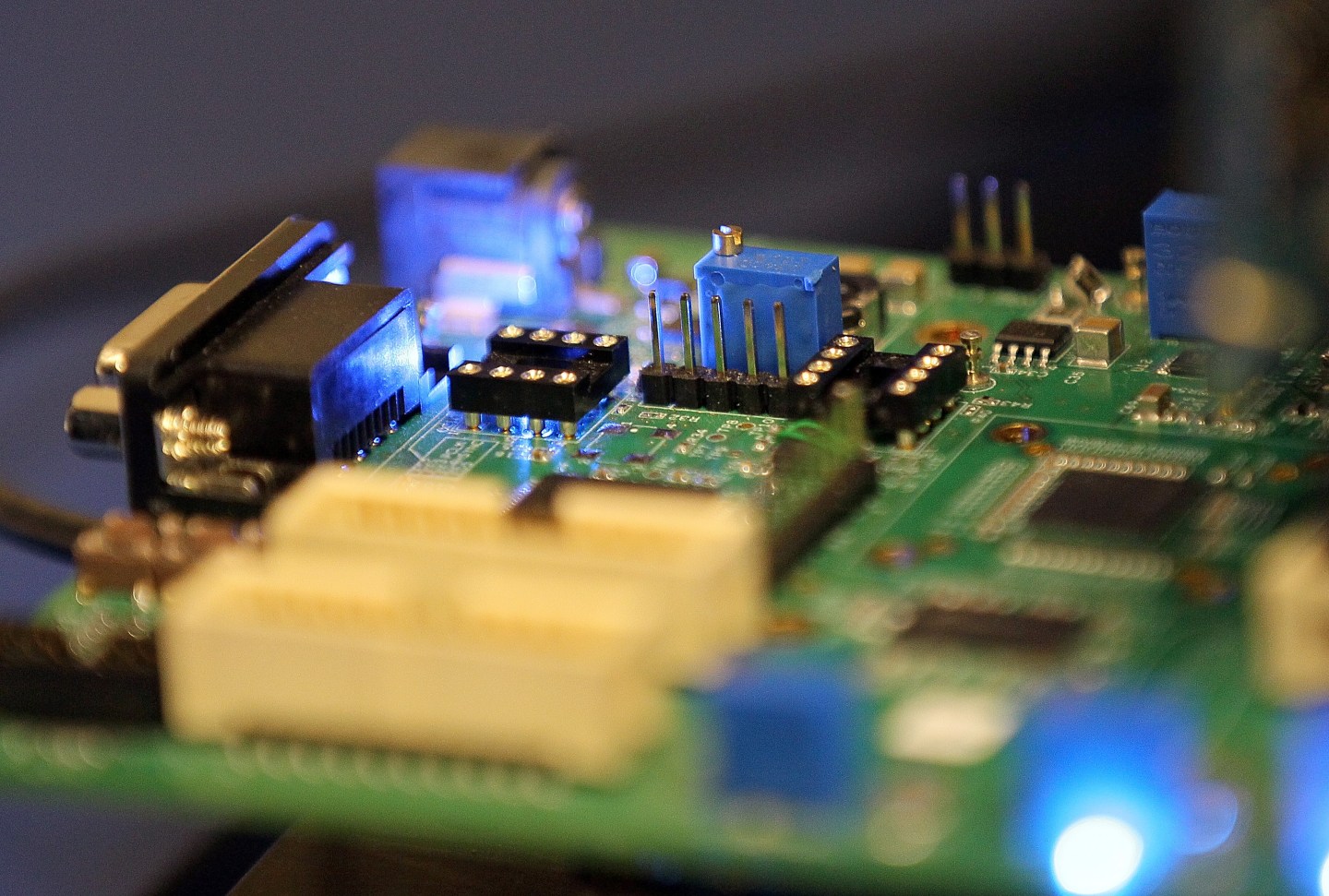 SAN JOSE, CA - MARCH 23: Semiconductors are seen on a circuit board that powers a Samsung video camera at the Samsung MOBILE-ization media and analyst event on March 23, 2011 in San Jose, California. As a result of the deadly earthquake and tsunami in Japan, at least a quarter of the world's production of silicon wafers that are used for making semiconductors has been halted. (Photo by Justin Sullivan/Getty Images)
Justin Sullivan Getty Images

The $8.30 per-share cash offer, which includes debt, is at a 30.3% premium to Lattice‘s Wednesday close of $6.37. Lattice shares were trading 75 cents below the offer price at $7.57 on Thursday, indicating some skepticism among investors around the deal closing.

Canyon Bridge is based in Palo Alto, California. Its limited partners in the fund come predominately from the Beijing-based China Reform Fund, according to an emailed press release sent by Canyon’s legal adviser on the deal, Jones Day.

Chinese suitors have faced intense scrutiny from regulators in their pursuit of U.S. chip makers, resulting in some failed deals this year. In general, China’s aggressive push into overseas acquisitions this year has sparked opposition from governments from Australia to Germany. China’s outbound M&A has hit a record $194 billion, nearly double last year’s tally, according to Thomson Reuters data.

“We think the deal will eventually close and believe odds are significantly better than 50-50,” Susquehanna Financial Group said in a note published after the deal announcement. But it warned about the risks related to U.S. national security watchdog Committee on Foreign Investment in the United States (CFIUS).

In last twelve months, CFIUS has stepped up its pursuit of transactions where the acquirer has failed to voluntarily file for deal approval. CFIUS, made up of the Treasury Department, Defense Department and other agencies, must approve any deal that could harm national security.

Reuters reported exclusively in February that Lattice had attracted interest from an unidentified Chinese buyer and had decided to explore a sale.

Chinese companies and funds have been increasingly bidding on overseas semiconductor companies to build up China’s domestic chip industry.

Lattice said in a regulatory filing that its sale to Canyon Bridge is conditional upon approval from CFIUS, along with antitrust approval in China. The deal is expected to close in early 2017.

CFIUS has been strict with semiconductor deals and some Chinese deals have fallen apart because of national security concerns. Unisplendour, which is a unit of China’s Tsinghua Unigroup, scrapped a $3.78 billion minority investment in U.S. hard-disk maker Western Digital Corp earlier this year after CFIUS said it would review the transaction.

Tsinghua is also the seventh largest shareholder in Lattice and owns 4.64% of the company, according to Thomson Reuters data. It unveiled a stake of roughly 6% in the company in April.

For more on the chip sector, watch Fortune’s video:

In 2012, Chinese nationals were arrested for attempting to smuggle out dual-use programmable logic devices made by Lattice.

Qualcomm (QCOM) said last week it would buy NXP Semiconductors NV for about $38 billion as it sought to become the leading supplier to the automotive chips market.