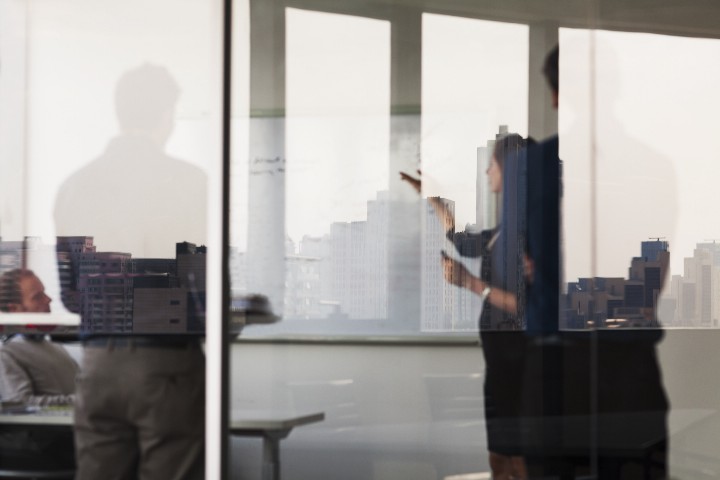 The Entrepreneur Insiders network is an online community where the most thoughtful and influential people in America’s startup scene contribute answers to timely questions about entrepreneurship and careers. Today’s answer to the question “What are the benefits of starting a company with a partner?” is written by Tai Lopez, investor and business advisor.

In everything I do, I look for “the GPS formula” — roadmaps and success templates that skyrocket the odds of reaching my destination. When it comes to starting a company with a partner, I look to the lessons of the great business partnerships of our time. (Former Disney (DIS) CEO Michael Eisner even wrote a book about it.)

Warren Buffett and Charlie Munger’s Berkshire Hathaway partnership has spanned decades, creating billions of dollars in wealth. In Hollywood, Imagine Entertainment has grossed over $13 billion since being founded by Ron Howard and Brian Grazer in 1986. Google (GOOG) was created and built into a half-a-trillion-dollar company through the partnership of Sergey Brin and Larry Page. Bill Gates worked with multiple partners like Paul Allen, Steve Ballmer, and his wife Melinda Gates to accomplish his evolving goals.

There’s one main reason all of these partnerships worked out so well: complimentary skills. If partnerships are the template of the most successful people in the world, they can work for every entrepreneur.

I have multiple partners. They allow me to focus on my strengths like marketing and strategy. They shine a light on my weaknesses, like impatience, and bring decades of in-depth expert knowledge. They play devil’s advocate so I don’t make bad decisions. Running a business is a lot of work, and most entrepreneurs eventually burn out. Having a business partner allows you to take a break and not have the weight of the world always on your shoulders.

Like any marriage, if done well, a business partner can be amazingly complementary and stress relieving. But there are pitfalls.

Approach business partnerships very cautiously if you have a track record of not reading people well. Maybe you’ve often dated the wrong person, or friends have taken money from you, or you’ve experienced inequitable social relationships — these are all red flags.

A great way for entrepreneurs to pre-screen potential business partners is asking them to take two personality tests. “The dark triad” test focuses on three personality traits: Machiavellianism (a secretive, deceitful attitude), narcissism (excessive self-love), and psychopathy (a lack of empathy). Conversely, the HEXACO test measures traits like honesty, humility, and agreeableness. You want a high HEXACO score and a low dark triad score. Having this kind of intel can bypass the emotional and financial turmoil of doing business with the wrong partner. For example, psychopaths make up about 1% of the general population, so they’ll do things with no remorse, while the percentage of business leaders who are psychopaths is even higher.

I know a lot of people who say, “I’ve known this guy for a little while, so he’ll be a great business partner.” It doesn’t work like that. You should have interacted for a minimum of one year — ideally five years, but that’s not always realistic. Although someone might have a great 12 months, observing how they work for longer lets you see how they handle the good times and bad. What a person does in their moment of greatest struggle shows you who they really are.

Look for warning signs in a potential partner. It’s like dating before marriage: If something looks wrong, you don’t have to see them again. You’re not locked in. Start with small test projects, not official LLCs. The three women who run my company Knowledge Society started by helping me on one task. (The CEO, Jennifer Baca, consulted on an HR project.) We didn’t jump into signed contracts, so the risk was quarantined. And the COO, Maya Burkenroad, is my cousin. Because she’s family, I trust her deeply.

My mentor, Joel Salatin, also has a good system: Everyone starts as an intern for one to two months before becoming an apprentice for one to two years. After that, you can become his business partner on a defined project. I started out as an entrepreneur by running his farm after being his intern and apprentice.

When it comes to business partnerships, always remember the saying: “Make haste slowly.” It’s much better to take your time deciding on a new partnership than to jump into something you — and your potential partner — may not be ready for.

Lopez is an investor of Berkshire Hathaway.