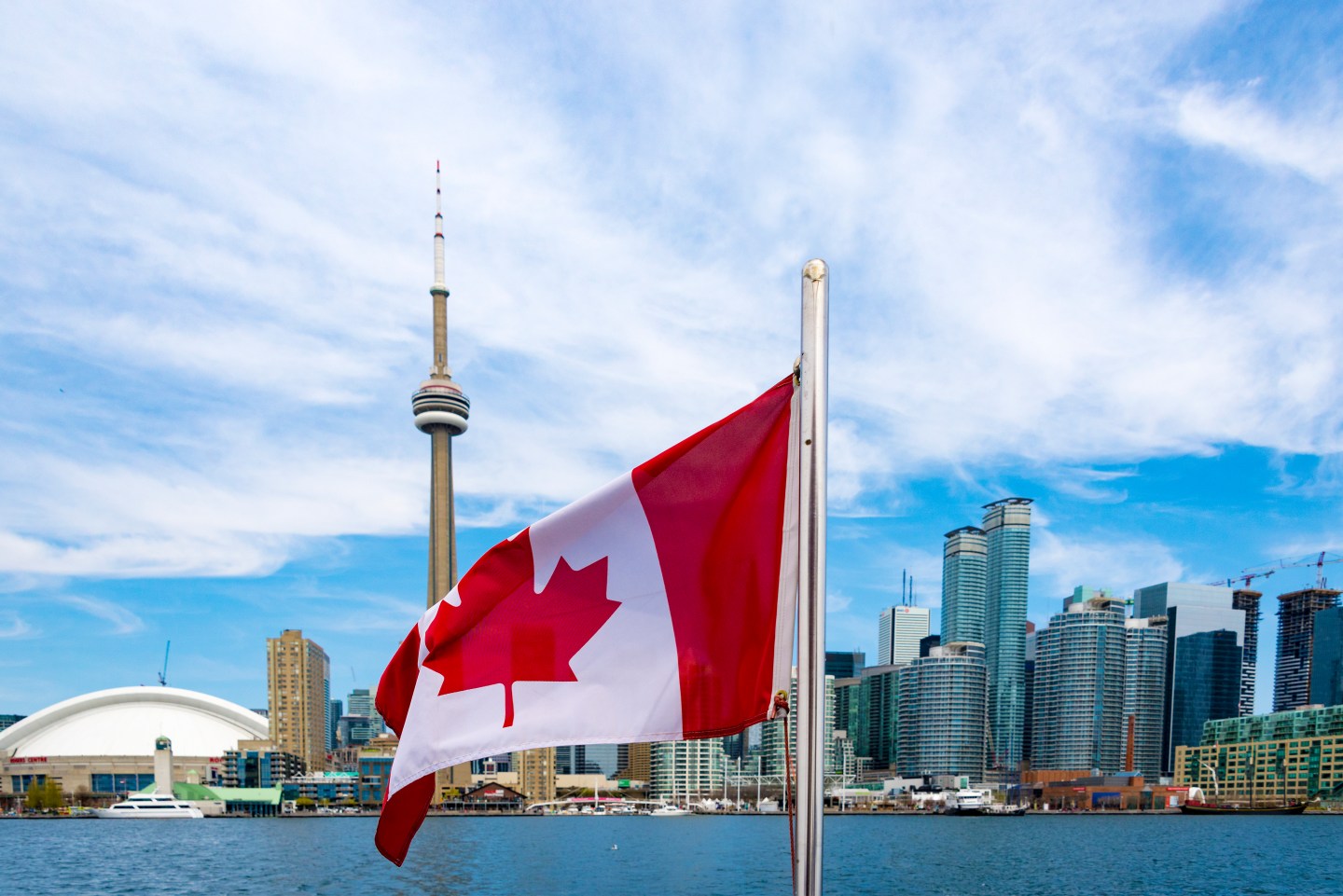 TORONTO, ONTARIO, CANADA - 2016/05/10: Canadian flag and the Toronto skyline. The flags waves from the back of a tourist cruise in Lake Ontario.
Roberto Machado Noa—LightRocket, via Getty Images

The number of Americans searching for open job roles in Canada so far this year is already up 58% from the number of similar searches in the whole of 2015, according to job site Monster.com (MWW).

And while there is no evidence of a direct correlation to next week’s presidential election, the timing of the surge in inquiries into a potential northern exodus is uncanny.

Monster.com logged 30,296 queries from U.S. readers that included the word Canada between January and October this year, compared with 19,693 for all of 2015, the Wall Street Journal reports.

While it’s dwarfed by the more than 69 million job queries the site registers every month, a spokesman for Monster called the spike striking.

This year’s race to the White House between Donald Trump and Hillary Clinton has been marked by celebrities vowing to emigrate if the GOP nominee wins, and online users increasingly Google searching “move to Canada.” But until now, “fewer than 9,000 Americans emigrate north each year,” Fortune’s Chris Matthews reported.

For more on moving to Canada, watch Fortune’s video:

Jittery Americans might be reassured to know that the Canadian government has approved a 7.4% increase in the number of immigrants it will take in 2017. A total of 172,500 people—including skilled workers—will be admitted through its economic programs.

The application process to join America’s friends in the North is rigorous and sometimes lengthy. Most foreign workers require a permit and a job offer from a Canadian firm, but those designated as skilled workers—determined by experience, education, and language ability—may be eligible for an Express Entry program.

According to Monster, the top occupations Americans searched for in Canada were in engineering and information technology. Accounting, banking, sales, and human resources positions were also popular.