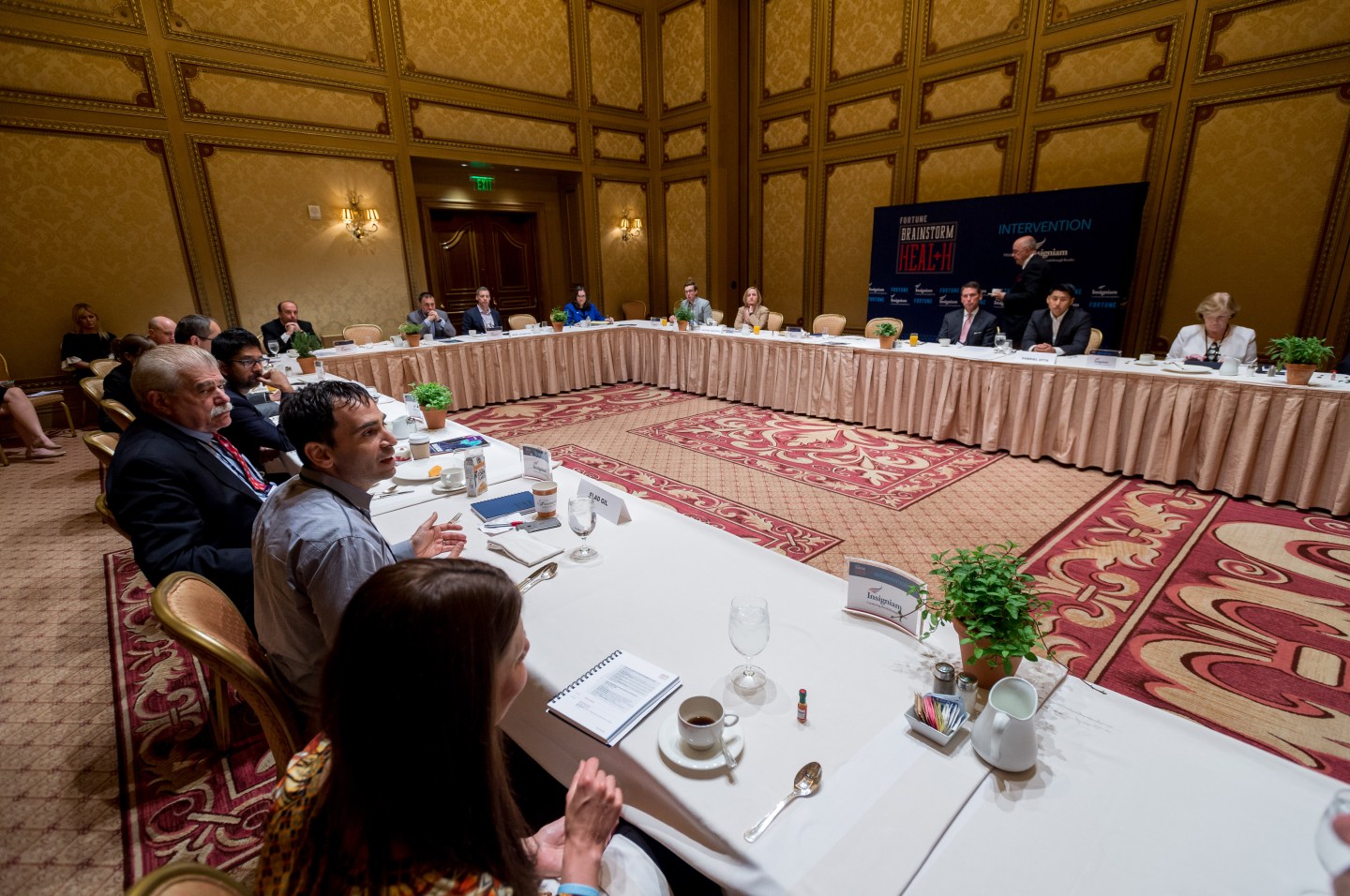 Here’s a not uncommon experience in medical care in 2016: A man goes to the doctor. He learns his PSA levels—or the amount of a protein produced by the prostate—are high, which is often the case in men with prostate cancer. The doctor can’t tell him what the patient’s elevated PSA reading means, and sends him to get a biopsy.

Then, the invasive and expensive procedure finds abnormal cells, but no sign of cancer. So he gets sent for a second, even more rigorous biopsy, with similar results. What does it mean? No one can tell him; no medical treatment is given.

Little has been gained in this fruitless medical investigation, yet it has cost the healthcare system a significant sum, and created considerable stress for the patient and his family. Are medical tests the solution or the problem?

The diagnosis from the group of cancer experts attending Fortune’s Brainstorm Health conference in San Diego on Wednesday: Both.

At a roundtable discussion involving two dozen of the field’s leading researchers, founders, CEOs and patient advocates, attendees agreed that new technology holds considerable promise, as rapidly advancing fields of machine learning and big data analytics could create more effective, less invasive tests to diagnose or detect risk for cancer. But the visions, so far, are far from the current reality.

And the excitement around these efforts reminds some of the high hopes that emerged with the mammogram and the PSA test.

“It was an absolute article of faith, a fairy godmother speech that if we could find cancer earlier we could cure that cancer,” said J. Leonard Lichtenfeld of the American Cancer Society. “It didn’t make the difference we thought it would.”

Lichtenfeld added, “Our technology science is moving ahead rapidly. Our applications science—what really makes a difference to impact health and save lives—not as quickly.”

Anna Barker, a professor at Arizona State University who heads up the National Biomarker Development Alliance, agreed. “The problem isn’t technology. We have hundreds of people that can detect changes in the genome.” The problem with tests is that we don’t have the proper tools to evaluate them.

“We need biomarkers,” she said, referring to biological markers that are used to measure a physical state or condition (like cholesterol and blood pressure). “We talk a lot about biomarkers, but the truth is we don’t have any. With cancer, we haven’t changed that much in terms of overall survival. The biggest problem is in biomarkers.”

That’s not for lack of identifying them. Barker notes that while there are 500,000 biomarkers published, less than one per year has been approved since 1993.