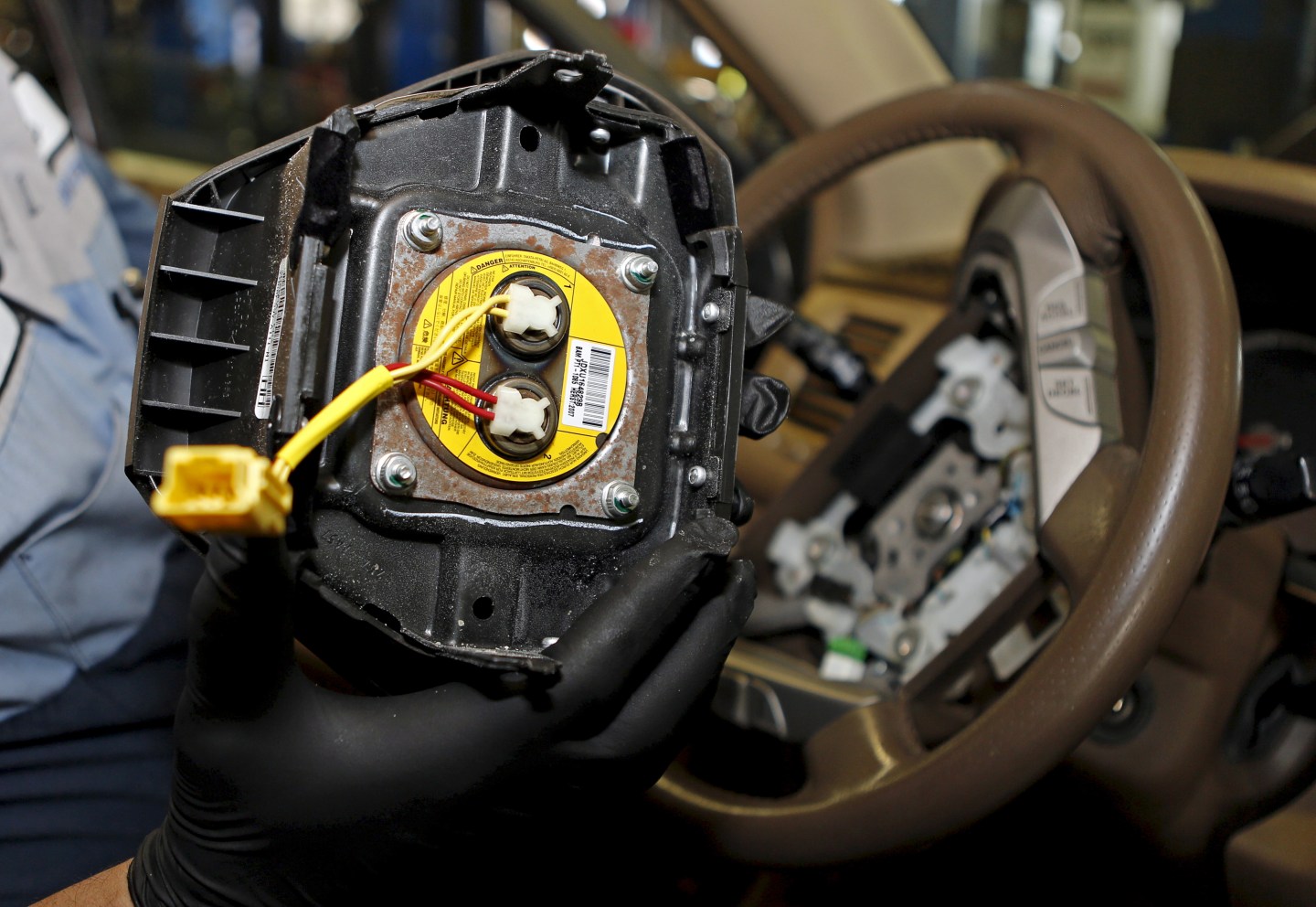 A Texas woman has sued American Honda Motor Co Inc. (HMC) and the U.S. subsidiary of airbag maker Takata Corporation (TAKATA-CORP) for at least $1 million, claiming that she was badly injured in a low-speed car accident because the propellant in the airbag exploded.

Takata’s air bag inflators, which contain ammonium nitrate, have been linked to at least 16 deaths, mainly in the United States, and more than 150 injuries, and resulted in the largest vehicle recall in history.

The lawsuit, filed late on Monday in state district court in Houston, claims Takata has known for more than two decades that ammonium nitrate is dangerously unstable but continued using it as a propellant because of its low cost.

The plaintiff, Serena Martinez, said the ammonium nitrate in the airbag in her Honda detonated in the collision, causing the bag’s inflator to disintegrate and spraying her with shrapnel. She was struck in her chest and arms by the flying debris, the suit said.

Officials from Takata were not immediately available for comment.

“Honda has not yet been served with a lawsuit associated with Ms. Martinez, and, lacking formal confirmation of certain facts, we are unable to offer any detailed comment at this time,” American Honda Motor Co said in a statement.

Automakers worldwide are ramping up the industry’s biggest-ever recall after Takata, under pressure from U.S. authorities, agreed earlier this year to declare more of its air bags as defective in the United States and other countries.

Last week Toyota Motor Corp (TM) said it was recalling about 5.8 million cars at home and abroad over potentially faulty air bag inflators made by Takata, including those used as replacement parts following a 2010 recall.

In September, Honda Motor Co said it was recalling about 668,000 vehicles in Japan to replace air bag inflators supplied by Takata as part of an expanded nationwide recall announced earlier this year.

“Because of their decision to use a propellant known for its dangerous properties, Takata airbags are killing and maiming drivers and passengers across the country involved in otherwise minor and survivable accidents,” the lawsuit said.

Takata has been subject to numerous lawsuits over its airbags. U.S. regulators have ordered Takata to recall all airbags using ammonium nitrate without a drying agent by 2019, a move being fought by some carmakers that see it as unnecessary.

Prolonged exposure of the defective Takata inflators to hot and humid conditions has been found to cause air bags to explode with excessive force, spraying shrapnel into passenger compartments, regulators have said.