The Supreme Court Will Decide If Cheerleader Uniforms Can Be Copyrighted 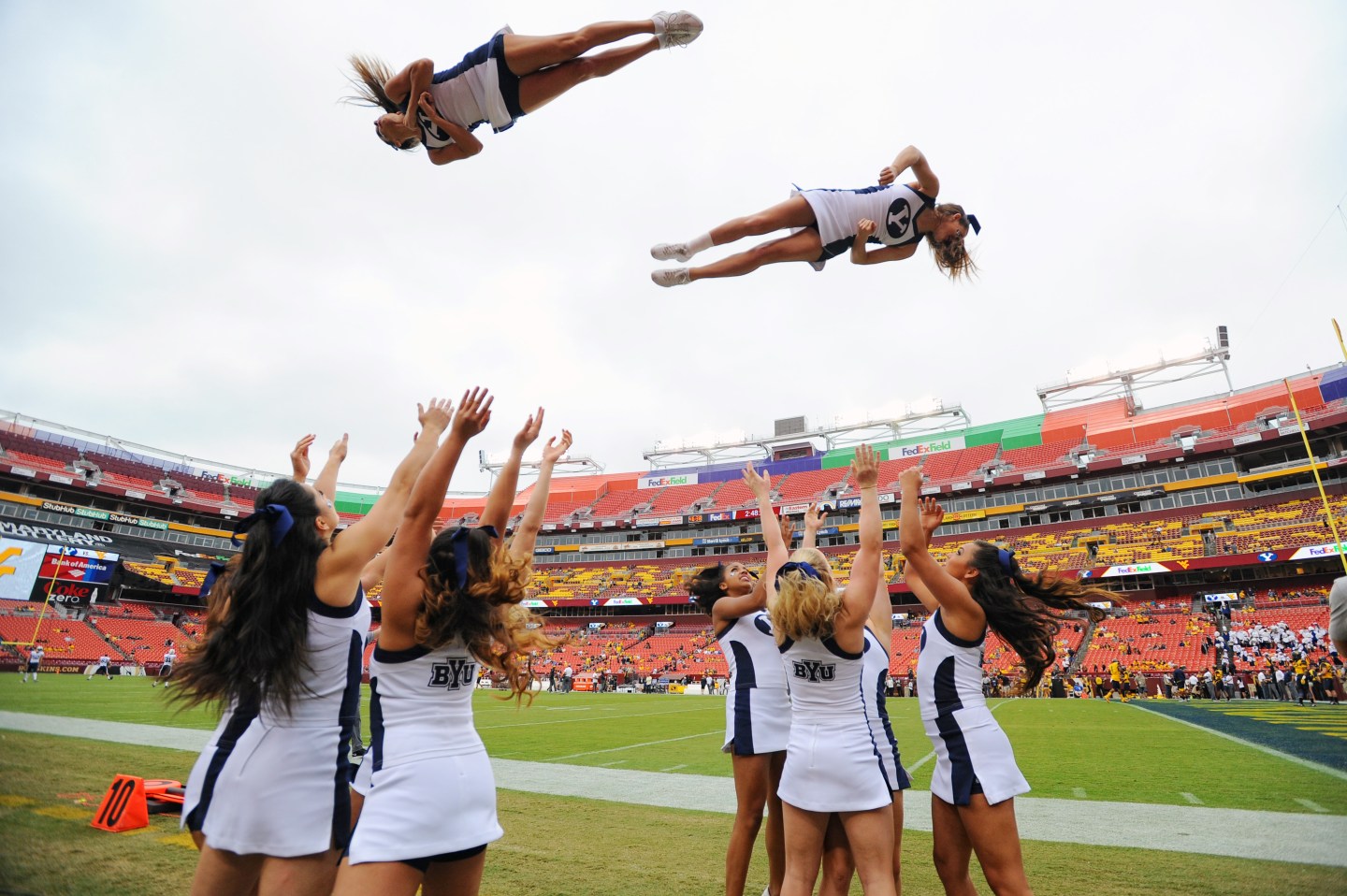 On a day when millions of people dress up in costumes, the eight justices of the U.S. Supreme Court spent part of their Halloween discussing cheerleader outfits in a closely watched case involving what copyright protections apply to garments.

During a colorful hour-long argument on Monday, some of the justices displayed keen interest in women’s fashion and even mentioned designer Stella McCartney’s work for actress Kate Winslet and a conceptual sculpture by French artist Marcel Duchamp that consists of a snow shovel hanging on a wall.

The court heard an appeal by Star Athletica of a 2015 ruling by the Cincinnati-based 6th U.S. Circuit Court of Appeals that revived a lawsuit by Varsity Brands, the dominant U.S. maker of cheerleader uniforms, accusing its smaller rival of infringing on five of its designs.

The case concerned whether the stripes, zigzags, and chevrons characteristic of cheerleader uniforms can be copyrighted, as Varsity contends, or are so fundamental to the purpose of the garment that they should not get such legal protection. Without such adornments, a cheerleader uniform might look like any other dress, Star argued.

Justice Stephen Breyer’s enthusiastic description of how a dress by itself means little without a woman wearing it prompted a memorable reply by Justice Elena Kagan.

Under copyright law, a design feature is subject to copyright only if it is substantially separate from the product to which it is attached, whether it be clothing or other items such as furniture. Star says the design embellishments like those Varsity uses are intrinsic to the utility of cheerleader uniforms and therefore cannot be copyrighted.

Both sides received some backing from the bench. Kagan appeared supportive of the type of broader copyright protection Varsity advocated. Breyer and Justice Sonia Sotomayor appeared to favor Star’s arguments.

Breyer warned of companies like Varsity using copyright law to create a monopoly over the cheerleader uniform market.

Star’s lawyer John Bursch brought up camouflage, saying that when a company comes up with a design for camouflage it could seek protection for the design, but not for the garments themselves. Star’s argument is that there is no question camouflage can get copyright protection, but that should not stop the U.S. military from using the design to make uniforms.

Kagan said in some cases design elements cannot be separated from a garment’s function. She mentioned T-shirts boasting a tuxedo design, noting that the design works only because its lines are positioned in a certain way so that it mimics the look of a real tuxedo.

A ruling is due by the end of June.

Varsity is an indirect subsidiary of Hercules VB Holdings.