Bank of Japan Delays Timeline for Its Inflation Target 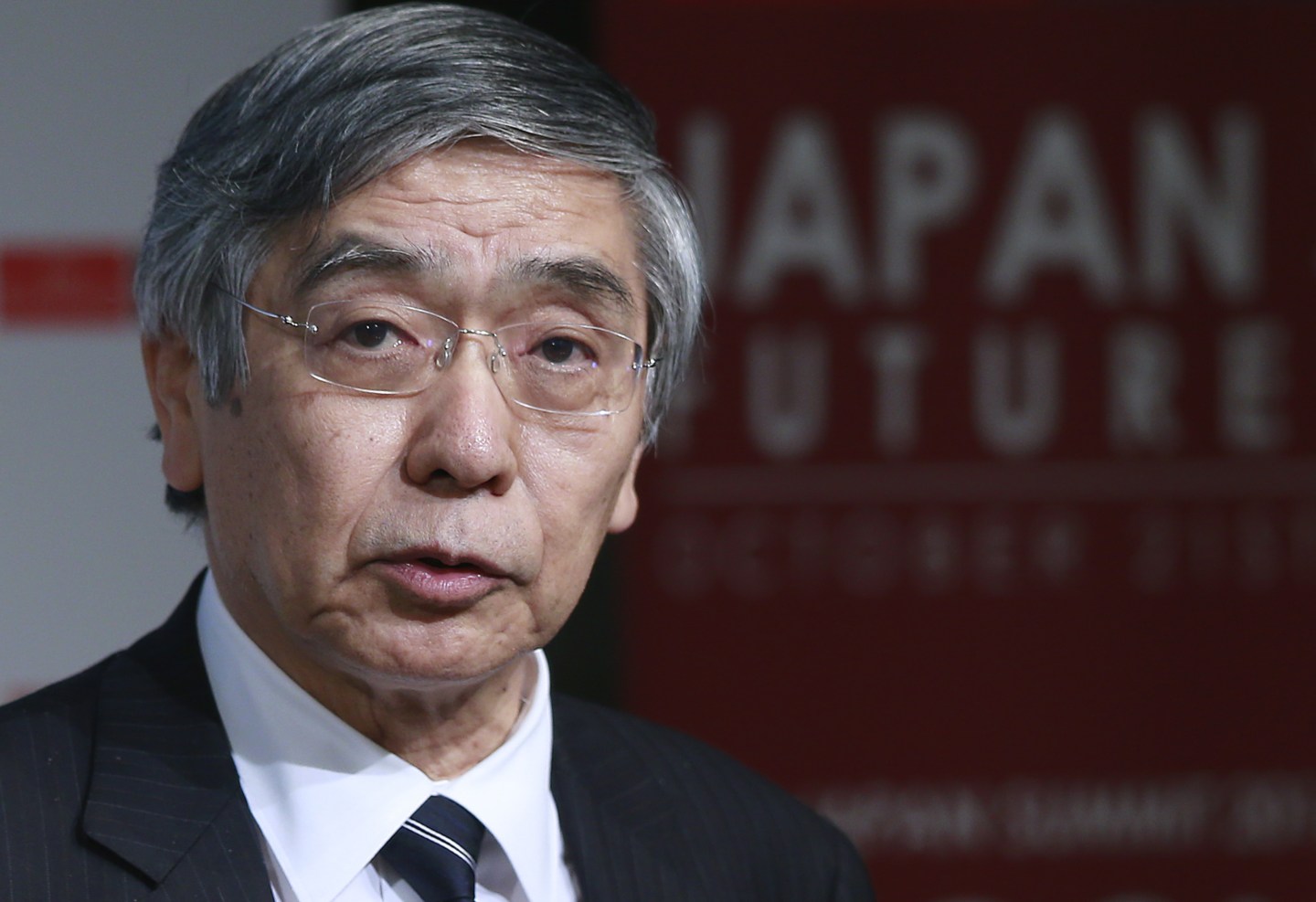 Haruhiko Kuroda, governor of the Bank of Japan (BOJ), speaks during the Economist Japan Summit in Tokyo, Japan, on Friday, Oct. 21, 2016. Kuroda said on Friday that he didn't see an immediate need to reduce the central bank's asset purchases as it shifts its focus from expanding the monetary base to targeting interest rates. Photographer: Yuya Shino/Bloomberg via Getty Images
Yuya Shino/Bloomberg via Getty Images

The Bank of Japan held off on expanding stimulus on Tuesday despite once again pushing back the timing for hitting its inflation target, signaling that it will keep policy unchanged unless a severe shock threatens to derail a fragile economic recovery.

Following are comments from BOJ Governor Haruhiko Kuroda at his post-meeting news conference:

“Medium- to long-term inflation expectations remained weak, which is one of the reasons behind the delay (in the timeframe for achieving the price target).”

“We didn’t take additional monetary easing action despite delaying the projected timing for hitting our (inflation) target. But in the past, we didn’t necessarily ease each time we pushed back the timeframe. There were times we eased even though we didn’t push back the timeframe. The two don’t necessarily directly link. We adjust policy with the sole purpose of maintaining the momentum for achieving 2% inflation, with an eye on economic and price developments.”

“There’s no special relation between (the end of) my tenure and the timing for achieving 2% inflation.”

“European and U.S. central banks are also seeing the timeframe being pushed back, mainly due to very big falls in oil prices.”

“The outcome of the election will affect not just the U.S. economy but would have important implications for the global economy, given the U.S. economy is the world’s biggest economy. Global financial markets are thus keenly watching the outcome. The BOJ will also carefully watch market and global economic developments, including how they will be affected by the election outcome.”

“I don’t see anything strange about the current formation of the yield curve.”

“It is not good for the economy if the yield curve flattens too much … by achieving an ideal yield curve through the YCC, we can provide a big, positive impact on the economy.”

“For the economy to achieve sustainable, appropriate growth, we need fiscal and structural policies as well as monetary policy … Still, central banks are basically responsible for achieving their price targets.”

“I absolutely don’t think deflation is a good thing because when an economy is in deflation, wages won’t rise and the economy will shrink. But it’s true that it’s taking a significant amount of time to eradicate the deflationary mindset that beset the economy during 15 years of deflation.”