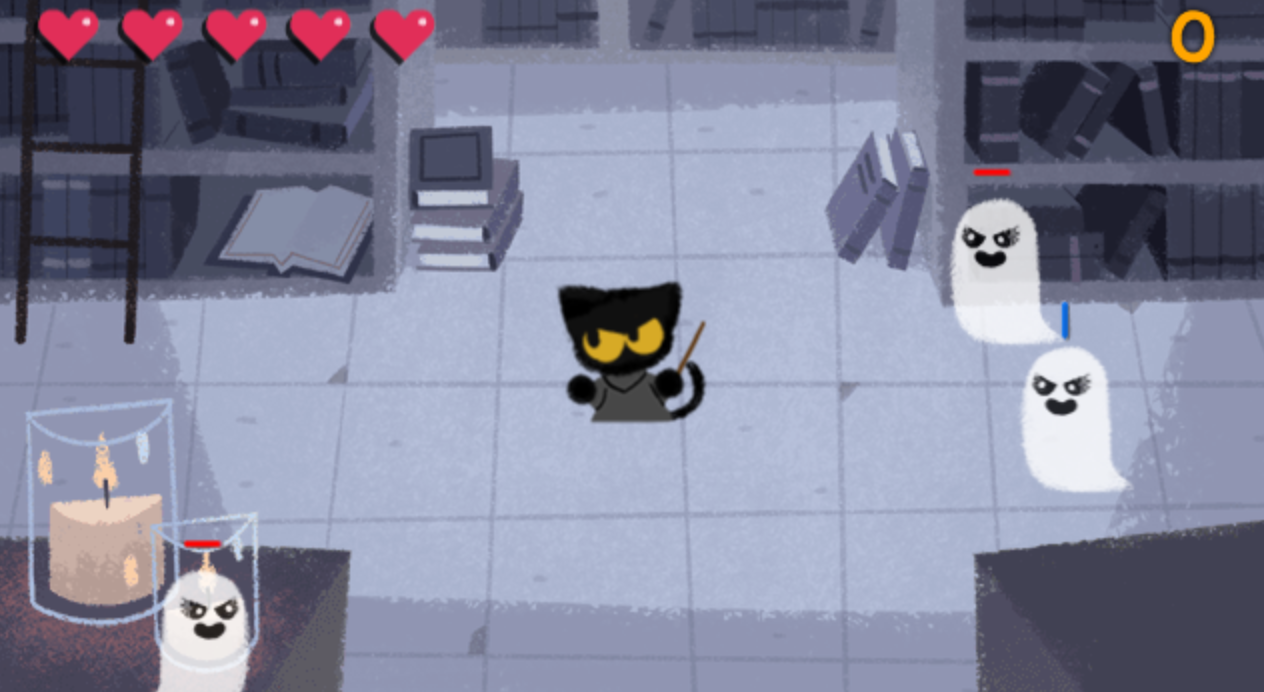 This Halloween, treat yourself to Google’s new doodle starring Momo the cat.

The doodle doubles as a game where Momo is on a mission to get back her master spell book and rescue her school of magic, Google (GOOG) said in a statement. Players help Momo cast ghosts out by swiping in the shape of the symbol above a ghost’s head: a dash, arrow, or lightening bolt. As players get further in the game, the number of ghosts appear faster, and with more than one symbol.

There’s no one place to draw the shapes, either: anywhere on the screen, however big or small, gets rid of the ghosts.

The inspiration for the game’s magical character comes from Doodler Juliana Chen, who owns a black cat named Momo in real life. It’s Google’s hope that “every human, creature, and ghost has a purrfectly magical day.”