Fire Near North Dakota Pipeline Protests is Under Investigation 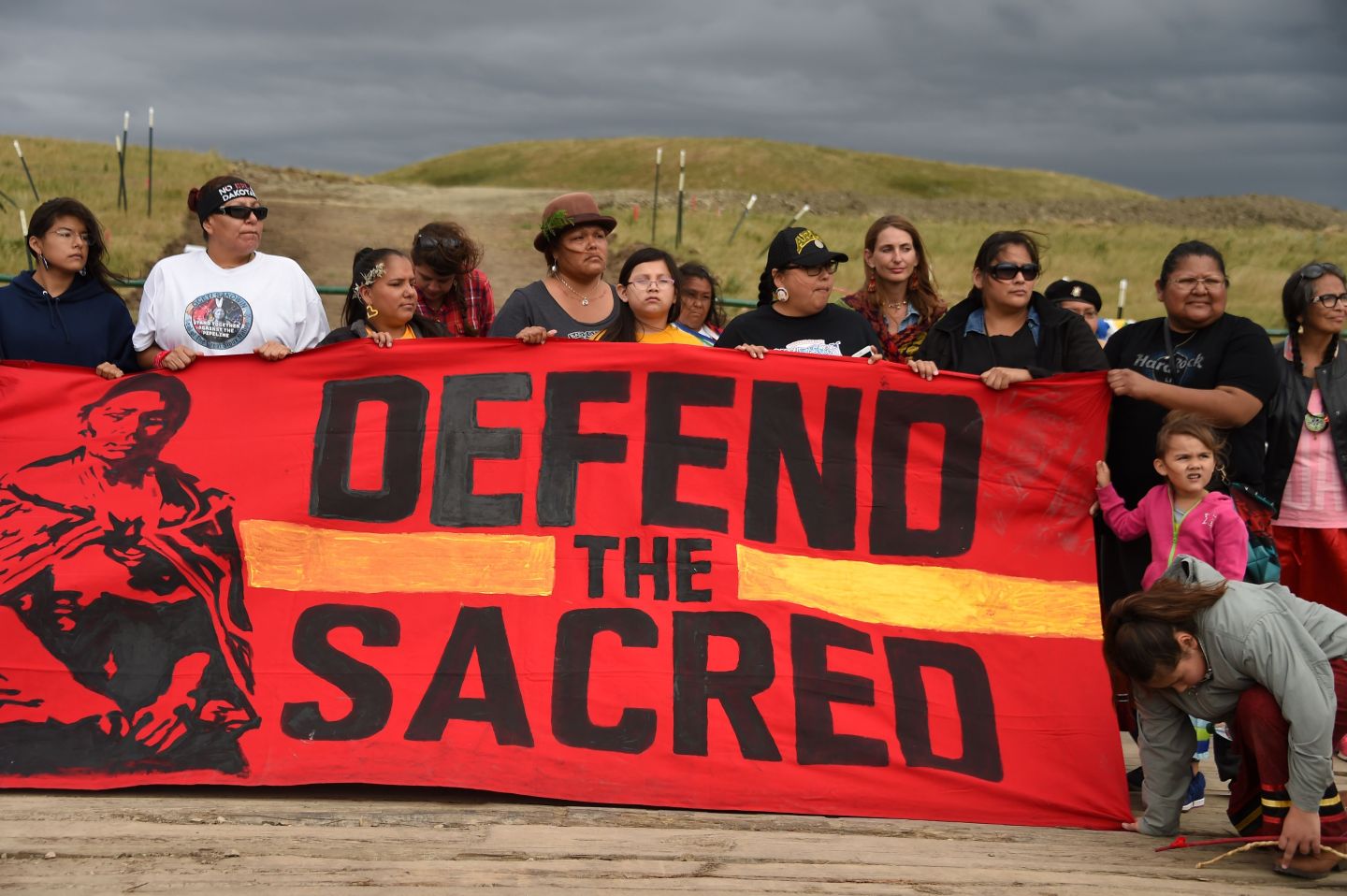 Native Americans march to a burial ground sacred site that was disturbed by bulldozers building the Dakota Access Pipeline (DAPL), near the encampment where hundreds of people have gathered to join the Standing Rock Sioux Tribe's protest of the oil pipeline that is slated to cross the Missouri River nearby, September 4, 2016 near Cannon Ball, North Dakota. Protestors were attacked by dogs and sprayed with an eye and respiratory irritant yesterday when they arrived at the site to protest after learning of the bulldozing work. / AFP / Robyn BECK (Photo credit should read ROBYN BECK/AFP/Getty Images)
ROBYN BECK AFP/Getty Images

Authorities were looking into the cause of a blaze that burned through about 400 acres near where Native American leaders are protesting against a North Dakota oil pipeline they say threatens water and sacred lands, officials said on Sunday.

The blaze on private property in rural Morton County was extinguished with the help of helicopters that dropped water on it. Authorities have not given any indication on whether the fire was deliberately set or if it was related to the protests taking place a few miles away.

Native American leaders vowed on Saturday to protest through the winter against the oil pipeline, adding they are weighing lawsuits over police treatment of arrested protesters.

More than 400 protesters have been arrested since Aug. 10 in rallies that have attracted support from celebrities including Mark Ruffalo, Shailene Woodley, Susan Sarandon and Chris Hemsworth.

The planned 1,172-mile (1,885-km) path of the pipeline, the project of a group of companies led by Energy Transfer Partners LP, would skirt the Standing Rock reservation by about a half mile. But the Standing Rock tribe and environmental activists say it threatens water supplies as well as sacred Native American sites.

Supporters say the pipeline, the construction of which was halted by the federal government in September, offers the fastest and most direct route for bringing Bakken shale oil from North Dakota to U.S. Gulf Coast refineries.