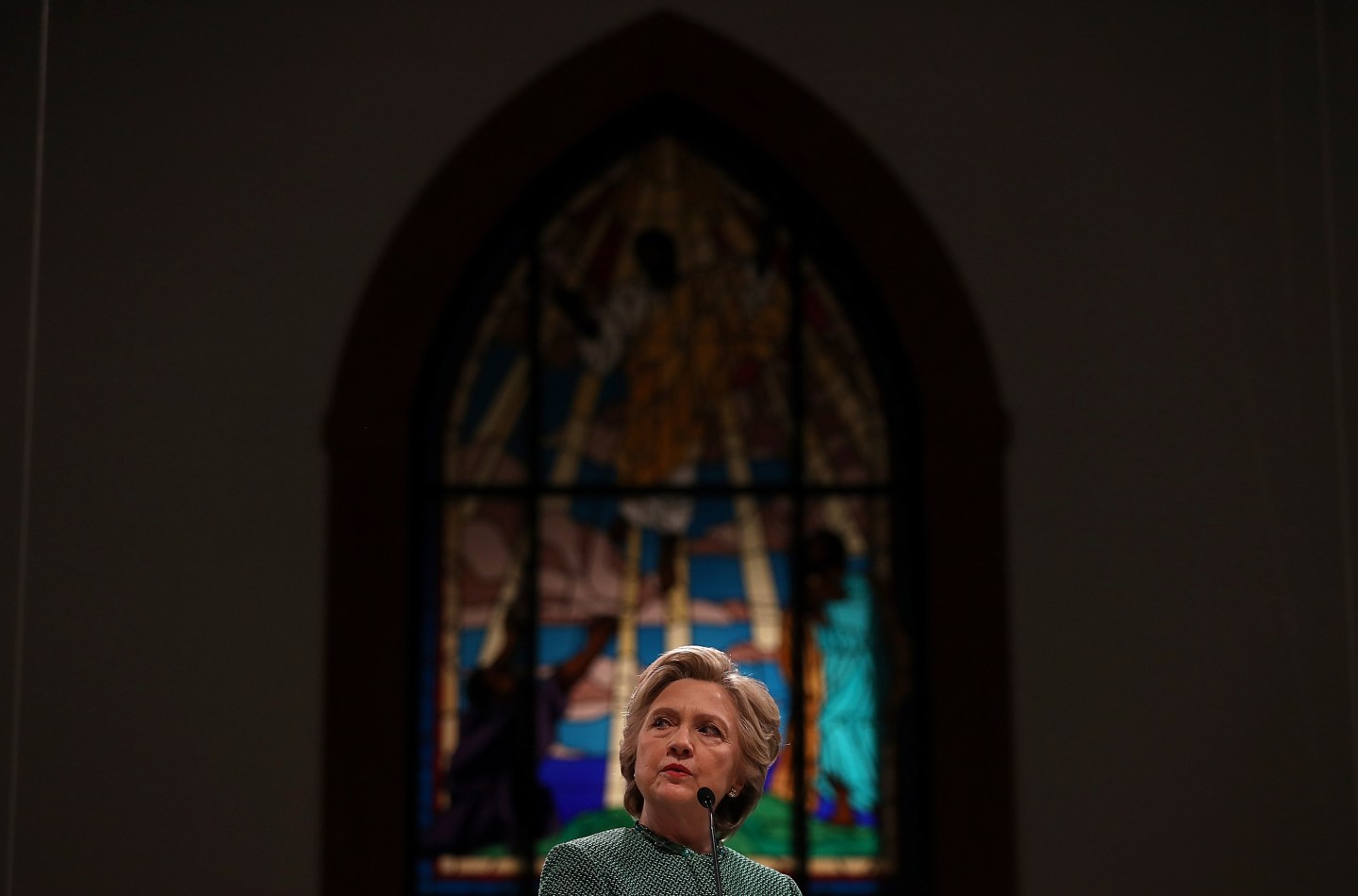 Markets just lost some confidence in a Hillary Clinton presidency after the Federal Bureau of Investigations revealed that it had reopened its investigation into the Democratic nominees emails.

“In connection with an unrelated case, the FBI has learned of the existence of emails that appear to be pertinent to the investigation,” said FBI director James Comey. The emails reportedly come from a device once used by Anthony Weiner.

The S&P 500 fall suggests that at least some investors are less sure about a Democrat taking the White House. Analysts have generally considered Clinton the better option for markets and the economy. St. Louis-based Macroeconomic Advisers has predicted that the S&P 500 could lose out on 11% if Republican presidential nominee Donald Trump claims the White House. And markets have for the most part, assumed that Clinton would win, sending stocks up. Although at least some stocks of companies that would do well under a Trump presidency have done well as well.

Movements in the Mexican peso on the other hand has been closely tied to Trump’s position in the polls, as the candidate’s policies—namely his pledge to build a Wall between the U.S. and Mexico and proposed trade tariffs—are expected to hurt Mexico’s economy.

Meanwhile gold, which investors often flock to in times of economic uncertainty, rose to $1,278.17. Gold has also risen throughout the course of the presidential campaigns when Trump gains an advantage in the polls.

The 10-year Treasury initially slipped, but largely flattened out to 1.847% by the end of the day.