GE Is in Talks on a Deal with Baker Hughes 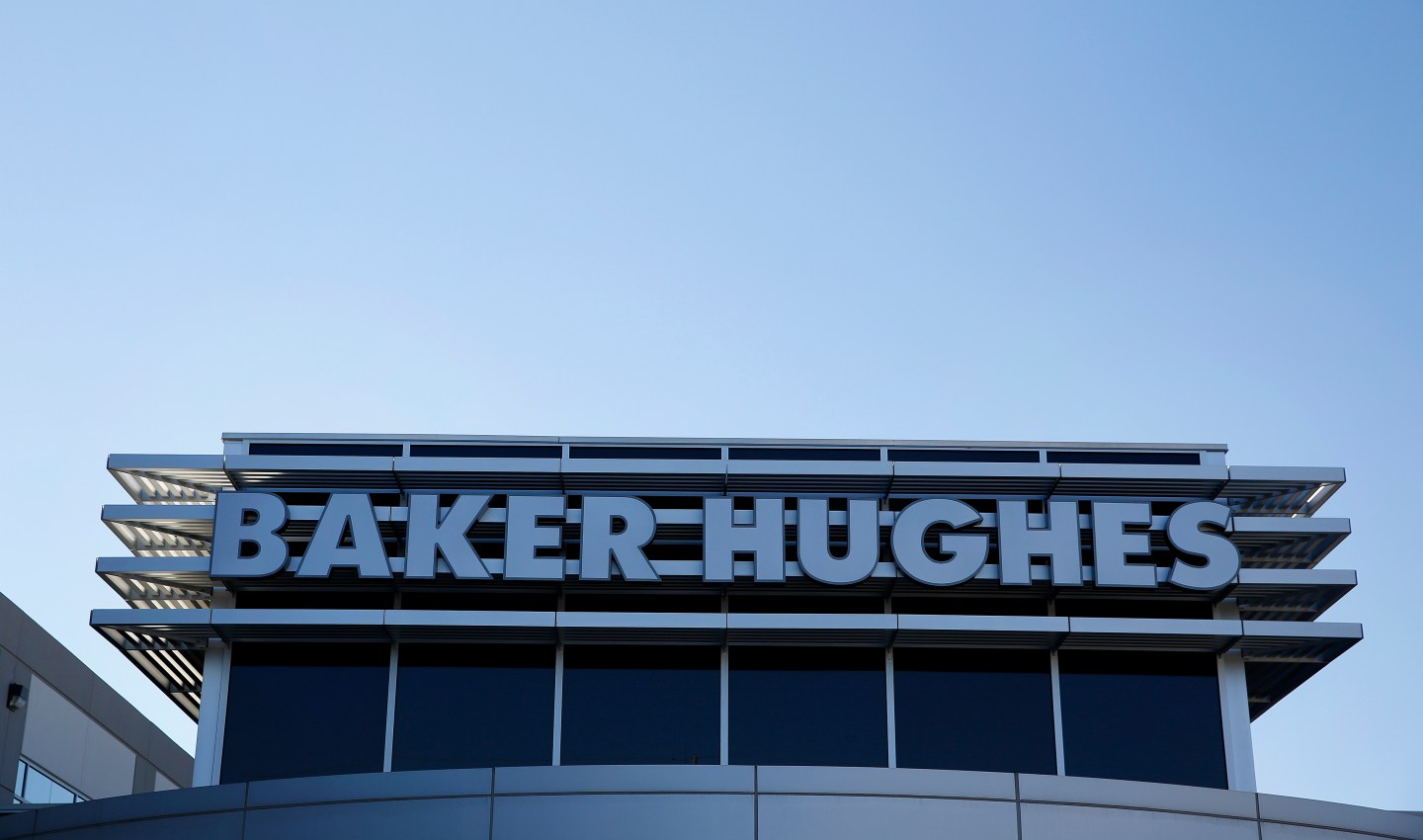 Baker Hughes Inc. signage is displayed at one of the company's facilities in Houston, Texas, U.S., on Monday, Nov. 17, 2014. Halliburton Co., the world's second-biggest provider of oilfield services, agreed to buy No. 3 Baker Hughes Inc. in one of the largest takeovers of a U.S. energy company in years. Photographer: Aaron M. Sprecher/Bloomberg via Getty Images
Photograph by Aaron M. Sprecher/Bloomberg via Getty Images

General Electric said on Thursday it was in discussion with the No. 3 oilfield services provider Baker Hughes on potential partnerships.

“While nothing is concluded, none of these options include an outright purchase,” GE said in a statement.

Baker Hughes shares, which had jumped nearly 14% in extended trading after the Wall Street Journal had reported that General Electric was in talks to buy the company, pared some gains and were up about 7%.

The Journal had reported that GE has approached Baker Hughes about a takeover.

The deal would be large even for GE, roughly double the size of its $13 billion acquisition of power assets from Alstom last year.

Baker Hughes, which has a market capitalization of $23.1 billion, declined to comment.

GE has approached Baker Hughes to discuss the possibility of an acquisition, according to a person familiar with the matter told Reuters.

It is not clear whether Baker Hughes will engage further in deal talks, the person said.

GE (GE) said last week that it believes the oil market has bottomed, but demand for the infrastructure equipment the company makes would take longer to recover, probably after the first half of next year.

Baker Hughes’ (BHI) planned merger with bigger rival Halliburton (HAL), valued at $34.6 billion when it was announced in November 2014, fell through in May due to opposition from regulators.