Chipotle Reportedly Builds Up Defense Against a Certain Activist Investor 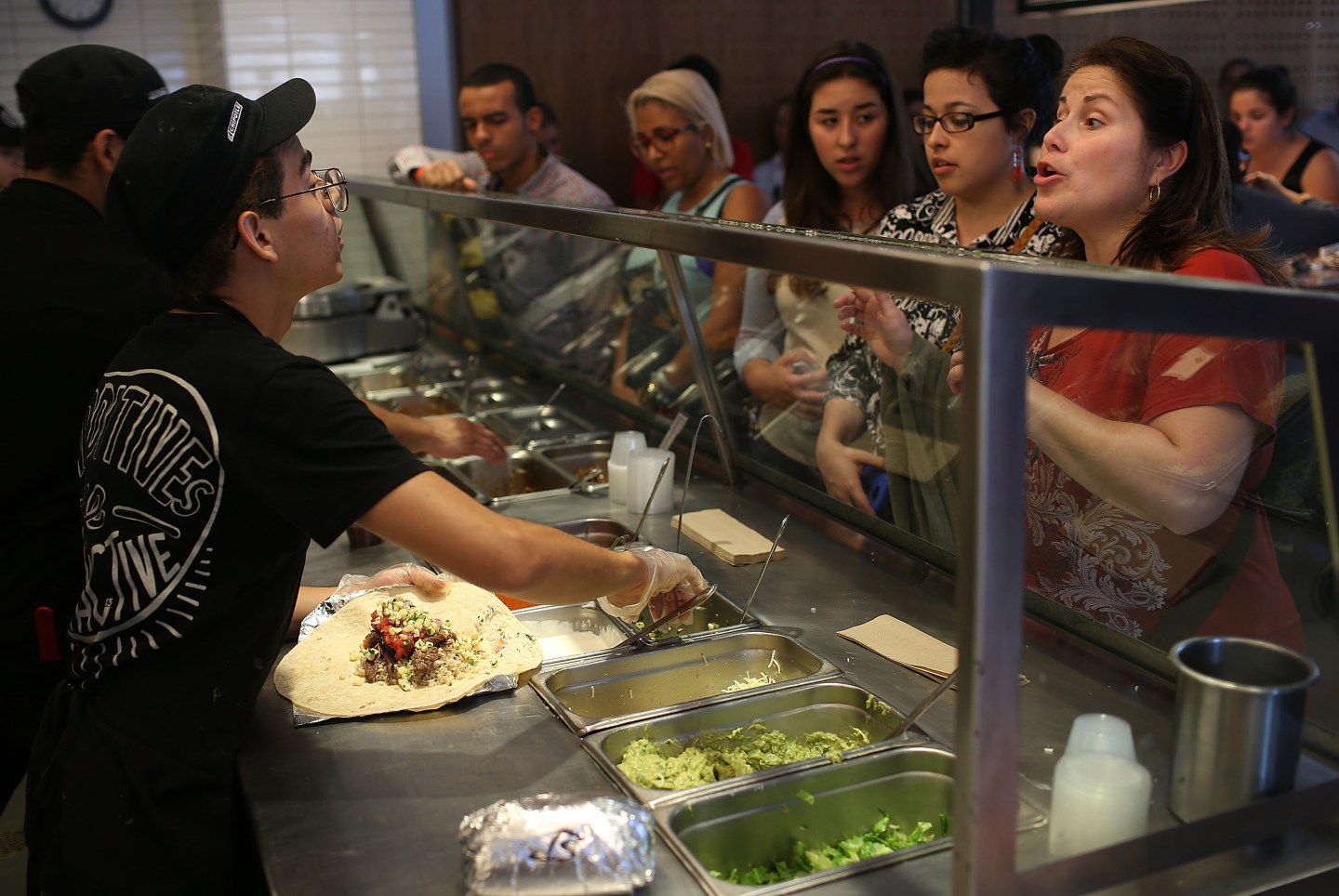 MIAMI, FL - APRIL 27: Chipotle restaurant workers fill orders for customers on the day that the company announced it will only use non-GMO ingredients in its food on April 27, 2015 in Miami, Florida. The company announced, that the Denver-based chain would not use the GMO's, which is an organism whose genome has been altered via genetic engineering in the food served at Chipotle Mexican Grills. (Photo by Joe Raedle/Getty Images)
Photograph by Joe Raedle Getty Images

Chipotle Mexican Grill (CMG) has turned to high-profile investment bankers and lawyers to help defend against activist investor William Ackman, according to two people familiar with the matter on Thursday.

Neither Ackman nor his New York-based hedge fund, Pershing Square Capital Management LP, have publicly made any demands of Chipotle after becoming its second-largest shareholder last month.

Billionaire Ackman is known for buying stakes in publicly traded companies and trying to force changes ranging from removing board members to selling off large parts of the company.

The sources asked not to be identified because the assignments are not public. Wachtell and Chipotle did not return calls seeking comment, Morgan Stanley, Goldman Sachs and Joele Frank declined to comment on Thursday.

In early September, Pershing Square said in a regulatory filing that it has a 9.9% stake in Chipotle, becoming its biggest shareholder after Fidelity Investments.

Chipotle is struggling to revive sales after a string of food borne illness outbreaks last year sent its shares tumbling. As a result, Chipotle on Tuesday posted another dismal quarterly earnings performance.

Executives have vowed to make the chain leaner and more efficient. They have laid out plans for long-overdue investments in digital ordering and payments, deeper cost cuts, and said they would pursue strategic alternatives for its 15-unit ShopHouse Southeast Asian Kitchen chain.

Chipotle in September said it welcomed Pershing Square’s investment and appreciated its confidence in the company.

Since then, Pershing Square and Chipotle have met at least once and have had telephone conversations, two people familiar with the matter said. They declined to discuss what the two sides have said to each other.

People familiar with Ackman‘s thinking have suggested that he believes Chipotle’s long-serving board is due for an overhaul, and that it needs to beef up its marketing, cost controls and information technology.

Ackman has been relatively quiet about his latest investment and the company’s share price has not moved in his favor. After the initial uptick following news of his stake, shares have fallen nearly 10%.

Activist-oriented hedge funds such as Pershing Square have been hit hard by redemptions, with investors pulling roughly 5% in capital this year alone, cutting assets under management to about $116 billion, divided among some 78 activist funds, data from Hedge Fund Research shows.