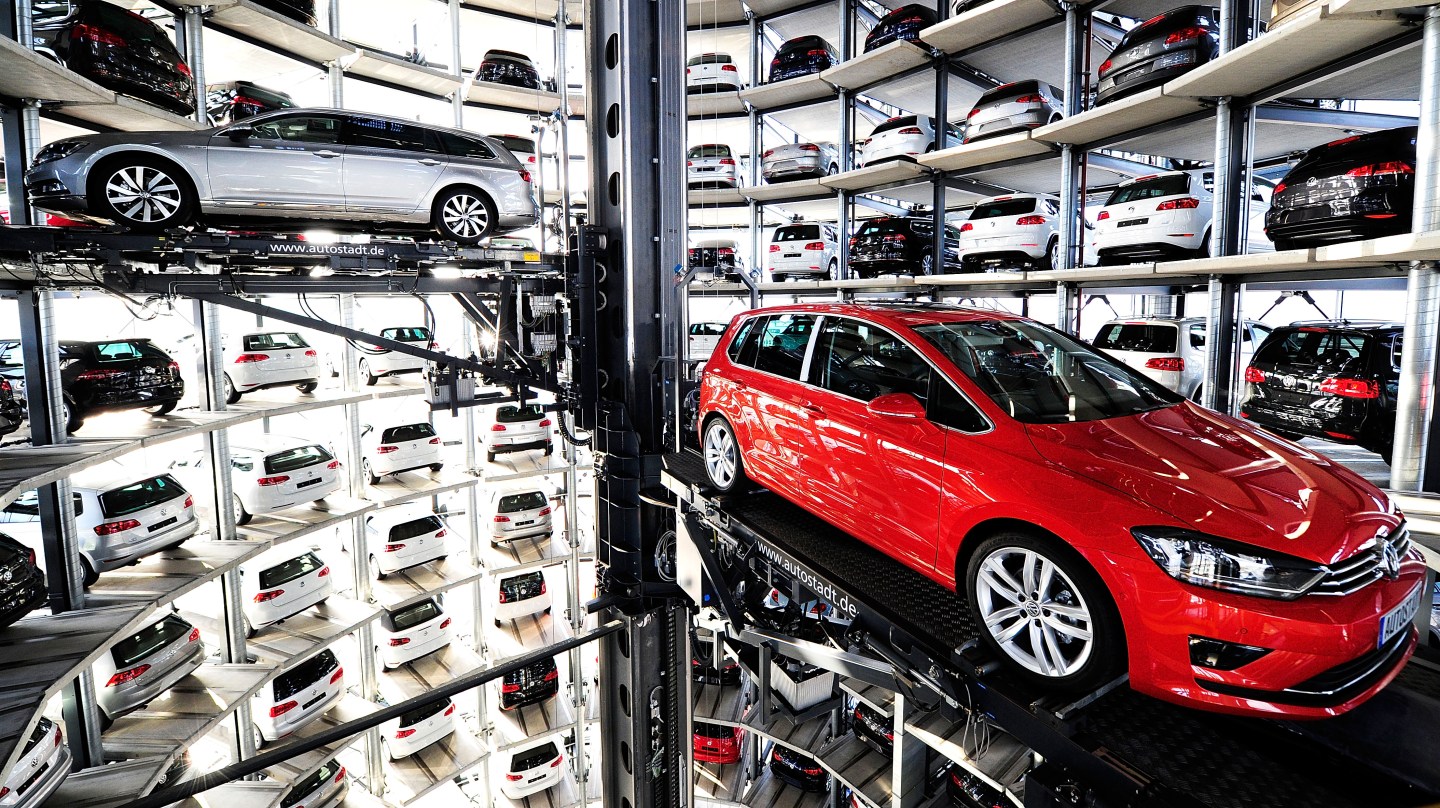 WOLFSBURG, GERMANY - MARCH 10: A brand new Volkswagen Passat and a Golf 7 car are stored in a tower at the Volkswagen Autostadt complex near the Volkswagen factory on March 10, 2015 in Wolfsburg, Germany. Volkswagen is Germany's biggest car maker and is scheduled to announce financial results for 2014 later this week. Customers who buy a new Volkswagen in Germany have the option of coming to the Autostadt customer service center in person to pick up their new car. (Photo by Alexander Koerner/Getty Images)
Alexander Koerner Getty Images

Operating profit at the VW namesake brand dropped to 363 million euros ($396 million) from 801 million a year earlier, VW (VLKAY) said on Thursday, or just 1.5% of sales.

The figure was well below a consensus forecast of 462 million euros in a Reuters poll of analysts.

Europe’s largest automaker needs to make savings at high-cost operations in Germany to help fund a shift to electric cars and self-driving vehicles while facing billions of euros in costs from its diesel emissions test-cheating scandal.

“The results reinforce the need for cost cuts at the VW brand,” said Commerzbank analyst Sascha Gommel, who has a “hold” recommendation on the stock.

In the seasonally slow July-to-September period, business at the VW brand was marred by suppliers halting parts deliveries to protest against the cancelation of a contract by VW, curbing output of the top-selling Golf and Passat models at the Wolfsburg and Emden plants by about 20,000 units.

Analysts estimated the supplier dispute shaved a three-digit million-euro amount off the brand’s quarterly profit and said the carmaker also offered incentives to offset the impact of its emissions scandal on sales.

Year-to-date sales of the VW brand swung back to growth on a 6.7% gain in September and posted the strongest growth in two-and-a-half years last month at group level, helped by strong demand in China and Europe.

The group said it expected revenue to match last year’s 213 billion euros after predicting in July that revenue would fall by as much as 5% this year.

The group’s operating margin may come in at the upper end of VW’s 5-6% target range before special items, the carmaker said. It previously forecast the profitability benchmark to fall within that corridor.

“Despite major challenges and the negative impact of the diesel issue, the Volkswagen Group remains on a solid financial footing,” finance chief Frank Witter said.