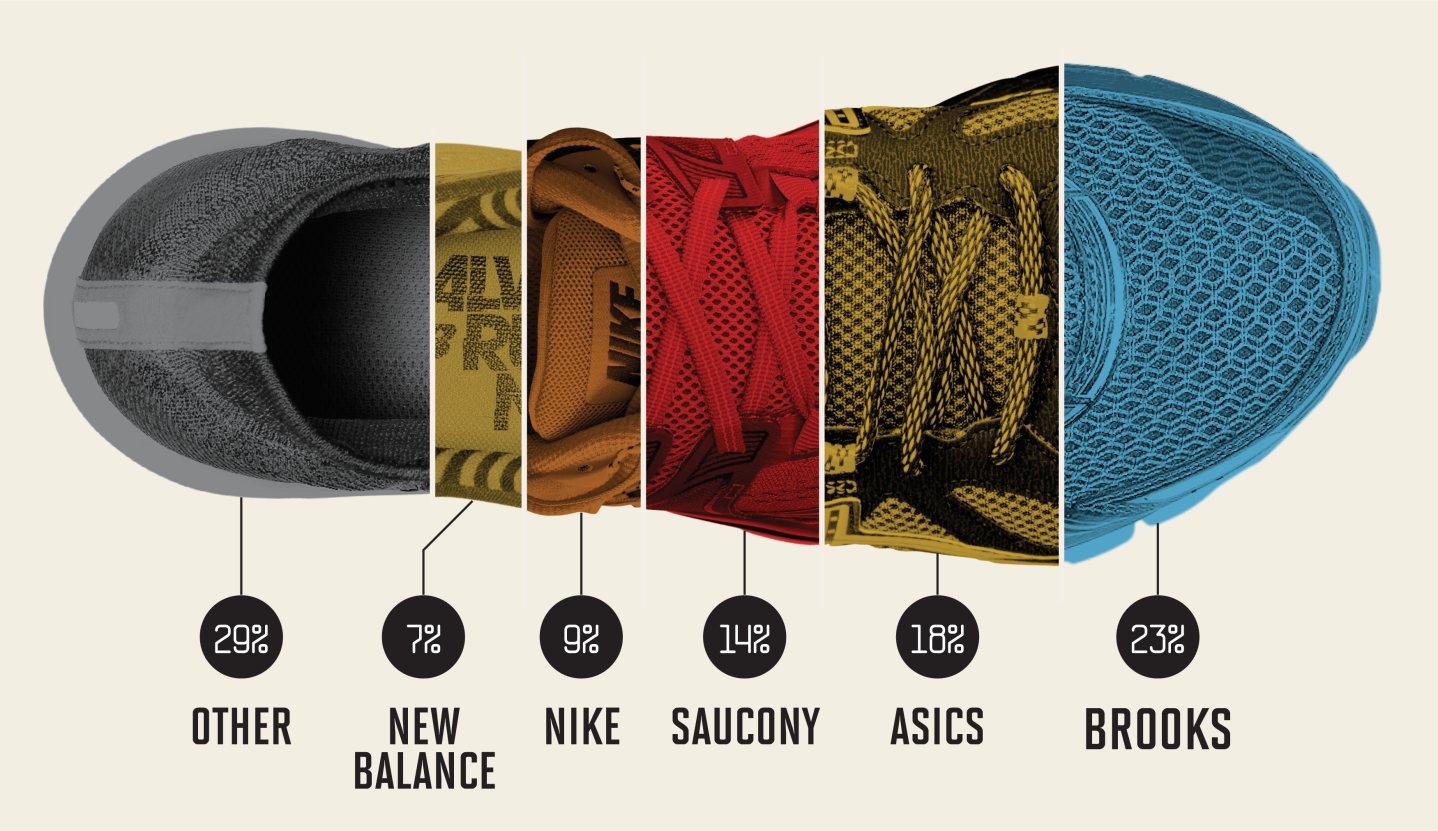 Ah, peak marathon season is upon us, with major 26.2-mile races in Washington, D.C.; New York City; and Philadelphia all coming up this fall.

According to road-racing industry group Running USA, almost 2 million people ran a half-marathon in the U.S. in 2015, and 509,000 ran a full. That’s down 8% from the previous year’s high, but the market for running shoes is still picking up speed. Last year, Americans spent $3.2 billion on them, according to the National Sporting Goods Association—up 40% since 2010.

For hard-core runners, who tend to be more affluent than average, smaller brands hold sway. According to a Running USA survey of 10,000 people this year, Brooks (owned by Warren Buffett’s Berkshire Hathaway) was the most recently purchased running shoe brand by serious runners (23%), followed by Asics and Saucony. New Balance was 5th, a hair behind Nike (NKE).

As for Adidas, better luck in next year’s races.

A version of this article appears in the November 1, 2016 issue of Fortune with the headline “It’s Marathon Time. Here’s Who’s Winning.”