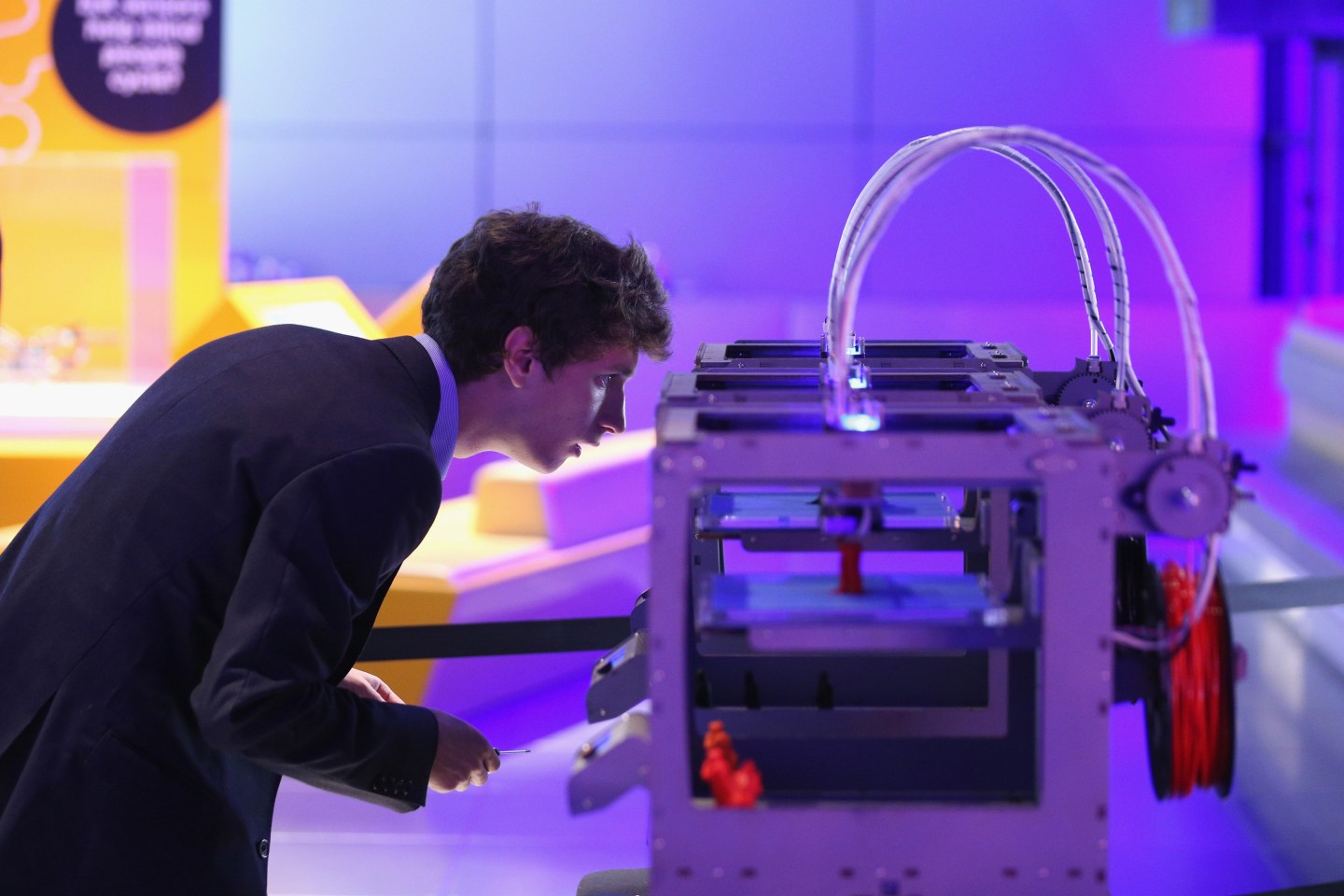 LONDON, ENGLAND - OCTOBER 08: A technician checks on a 3D printer as it constructs a model human figure in the exhibition '3D: printing the future' in the Science Museum on October 8, 2013 in London, England. The exhibition, which opens to the public tomorrow, features over 600 3D printed objects ranging from: replacement organs, artworks, aircraft parts and a handgun. (Photo by Oli Scarff/Getty Images)
Oli Scarff/Getty Images/File

The U.S. group is initially buying 75% of Lichtenfels-based Concept Laser, which specializes in metal additive manufacturing, with an agreement allowing it to take full ownership in a number of years.

GE abandoned its bid for SLM on Wednesday after activist investor Elliott Advisors, which owns 20% of SLM, rejected its bid, making it harder for GE to reach its minimum acceptance threshold.

It did, however, raise its bid and lower its minimum acceptance condition on Thursday for Swedish 3D printer maker Arcam, in which Elliott also owns a stake.

Concept Laser’s customer base is focused on the aerospace, medical and dental industries, and it also has a presence in the automotive and jewellery sectors, GE said. The company has more than 200 staff, including operations in Texas and China.

GE, which has spent about $1.5 billion on additive technology research, said it would invest “significantly” in Lichtenfels, which would become a new German centre for the group. Co-founder Frank Herzog will stay on as chief executive.