Gannett Is Still Trucking Along in Its Pursuit of Tronc 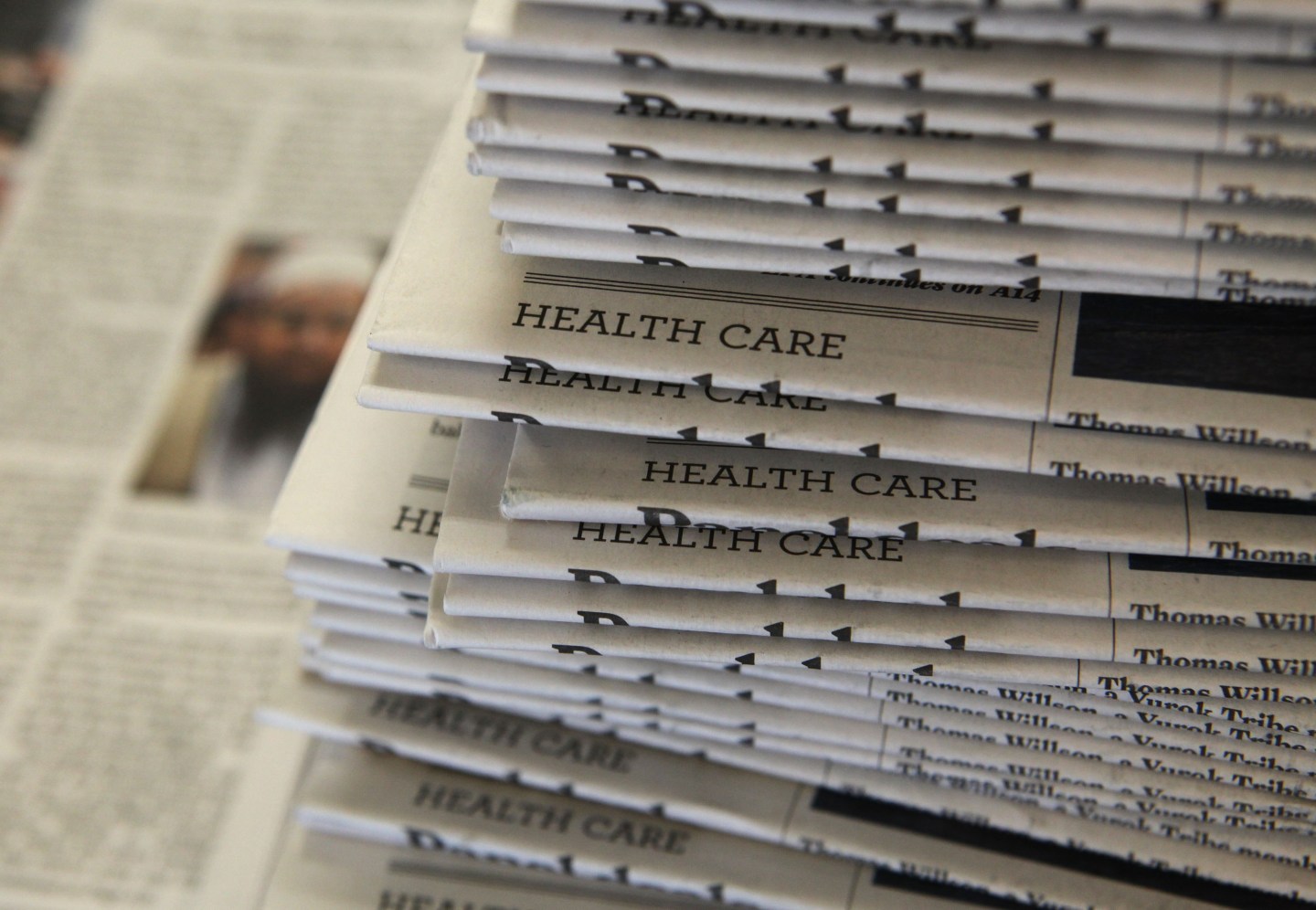 SAN FRANCISCO - SEPTEMBER 30: A stack of newspapers sit on a shelf at a newspaper kiosk September 30, 2009 in San Francisco, California. After several years of slumping revenues and massive staff cuts the newspaper industry had good news to report on Tueday when Gannett Company, The largest newspaper publisher in the US, reported third quarter earnings will beat analysts expectations. (Photo by Justin Sullivan/Getty Images)
Photograph by Justin Sullivan via Getty Images

Gannett remains in active negotiations to acquire U.S. newspaper publishing peer Tronc, despite reporting disappointing earnings on Thursday that weighed on its shares, according to people familiar with the matter.

Gannett’s (GCI) negotiations with Tronc, the newspaper and online media company that used to be part of Tribune Co, have been complicated by its latest quarterly loss, driven by declines in print advertising. Its shares fell more than 17% to $8.21 in New York on Thursday, giving it a market capitalization of $960 million.

Tronc shares dropped as much 30% on Thursday after Bloomberg News reported, citing sources, that banks financing Gannett’s takeover of Tronc, which has a market capitalization of around $500 million, have backed out, putting the deal in doubt.

The Reuters sources said that the potential structure of the deal had not been finalized, and that financing had not yet come up as an issue that could kill the deal. There is, however, no certainty that an agreement will be reached, the sources said.

The sources asked not to be identified because the negotiations are confidential. Gannett and Tronc offered no immediate comment.

Talks between Gannett and Tronc come at a challenging time for the newspaper industry, which is grappling with high costs, shrinking advertising dollars and a broad move toward digital content. Gannett, which has been on an acquisitive streak all year, is betting that bigger scale will bring savings and help generate more profit.

In April, Gannett made an unsolicited takeover offer for Tribune of $12.25 per share in cash, in a deal worth roughly $815 million. It followed up a month later with a $15 per share offer. Then in June, Gannett tried to influence a vote on board of director nominees at Tronc by turning it into a referendum on the board’s handling of its takeover approach.

Merrick Media, an investment firm that owns 16% of Tribune Publishing and is led by Tronc Chairman Michael Ferro, had resisted a deal with Gannett until a few months ago, when the two companies starting negotiating in earnest.