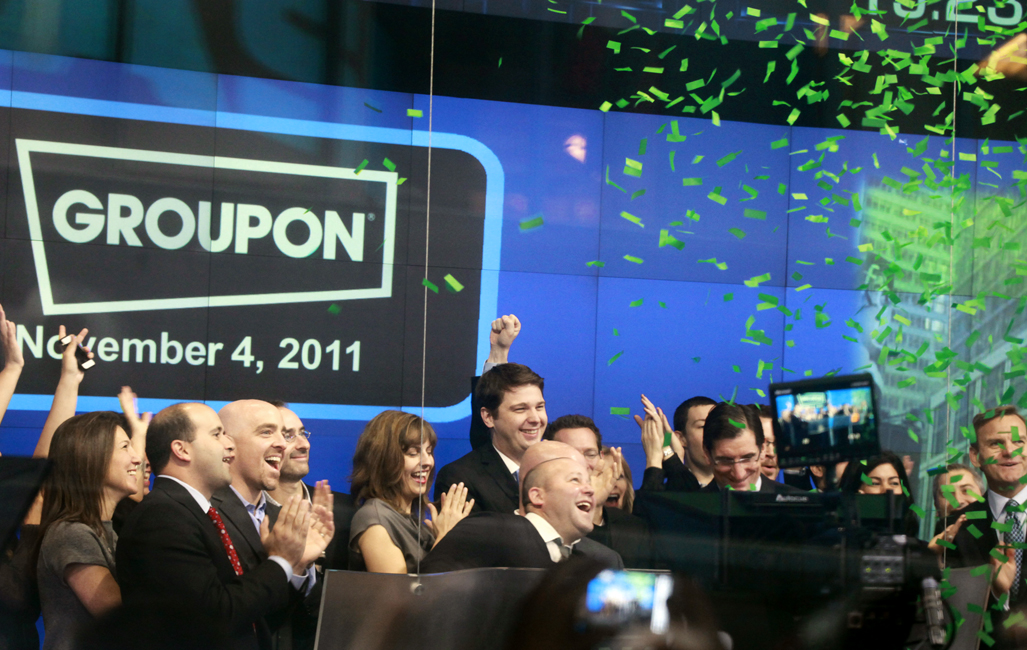 It’s tough to remember the sound and the fury that was the online daily deals business, dominated by two companies, Groupon and LivingSocial. I remember being perplexed one day when I went to my go-to lunch place to see a queue out the door. The soup-and-sandwich shop was running a promotion on one of the two. It’s a sight less often seen these days because the deals were too close to the proverbial free lunch: Merchants gave away their wares too cheaply, and customers too infrequently returned.

And yet, this glorious time was a mere five years ago. Groupon (GRPN), which said Wednesday it will buy what’s left of LivingSocial for an amount too trivial to disclose, once was worth $16 billion. Today, its market value is $3 billion. Subtract out its (dwindling) cash stash of almost $700 million, and what remains is even less impressive. As for LivingSocial, it also once was worth seven figures and counted Amazon (AMZN) as an investor.

The daily deals business was an online adaptation of an old idea: coupons. E-commerce is a brutal business, though. Merchants have many mechanisms available to them to move inventory. And it turns out that customers understand it’s a bit iffy if brands hawk too much for too little.

On the flip side, another small company sold itself this week for a relative bundle.

The New York Times paid around $30 million for The Wirecutter, a gadget review site started by the journalist Brian Lam. Lam’s creation pursues a radical strategy. It writes meticulously researched product reviews, stakes its credibility on being unbiased, and takes a cut of sales it refers to Amazon.

The Wirecutter doesn’t much care about the size of its audience and only updates reviews when warranted. It also doesn’t feel compelled write about every product—just the ones it wants to recommend. (And as in the case of the HP printer I bought Wednesday, it’s not afraid to call it like it sees it, referring to its top pick as “the least bad all-in-one printer for your home.”)

Such honesty is worth a lot.