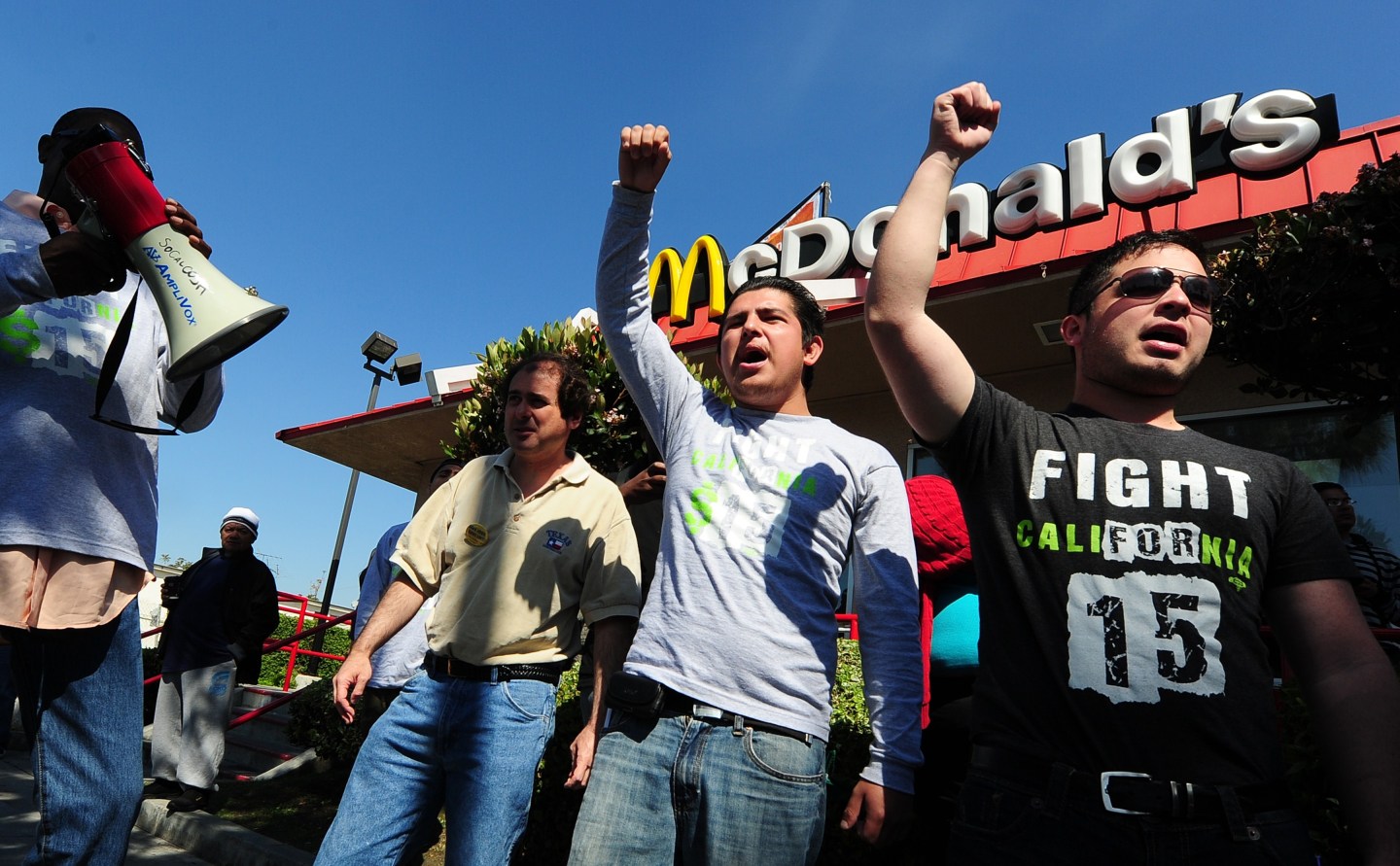 If so much of corporate America is now committed to doing good, how come so many workers still have it so bad, at least with respect to long-stagnant wages, declining benefits, and poor training?

“Doing good” goes by all sorts of names: corporate social responsibility, conscious capitalism, shared value, and, most generally, claiming a higher purpose. In fact, “judging by the number of books on the subject, there’s a whole ‘purpose industry’ out there,” consultant Graham Kenny has remarked.

And yet, even with all that, it feels like most employees are being left out of the equation.

Some companies talk about how being socially minded will assist them in attracting better talent—especially among millennials—but there is relatively little attention on helping workers themselves. Labor is, all too frequently, thought of as a cost to squeeze, not as an asset to nurture. This is especially true for those in low-end service jobs, which constitute most of the nation’s biggest occupations.

Some see Wells Fargo as part of this pattern. The company touts its commitment to diversity and social inclusion, economic empowerment, and environmental sustainability. But at the root of the scandal now engulfing the bank— for opening 2 million deposit and credit card accounts without its customers’ knowledge — is the way that many front-line employees in the financial sector are pushed to the breaking point.

They “not only often make paltry wages and rely on public assistance, but also say they were forced to work late, without overtime pay, to meet impossible sales goals,” as one observer has described it.

There are exceptions to this, like the fast-food chain Shake Shack, which pays well above the industry average. Notably, founder Danny Meyer saw something missing in how the sector thought about what it means to be socially conscious.

In many cases, of course, CSR is more for show than anything else. “It’s often just lip service,” says Rick Frazier, a founding partner at Concinnity Advisors, which has created an index aimed at tracking companies that have demonstrated they are truly looking out for the interests of all—shareholders, yes, but also employees, customers, suppliers, and communities.

Yet even among those companies whose intentions are sincere, the worker tends to be the forgotten stakeholder.

Raj Sisodia, a professor at Babson College and the co-author of Conscious Capitalism, Firms of Endearment, and Everybody Matters, says most companies that do have a sense of purpose limit it to a “product-centered purpose.” They should also have a “people-centered purpose,” which is about improving the well-being of those whose lives they touch directly as an employer. Typically, though, the latter gets shortchanged.

“It’s like the two engines of a plane,” Sisodia told me. “You want both, but most companies are operating only on the one.”

One reason this is happening may be a lack of information. Sites such as Payscale, where one can access compensation data based on more than 50 million employee surveys, and Glassdoor, which features employee reviews of their workplaces, have made things more transparent. By and large, however, the emphasis has been on rating employers for their environmental record, rather than how they treat those within their own ranks.

“There are very few windows into employee relations,” says Linda-Eling Lee, who runs global research on environmental, social, and governance factors at MSCI, a provider of equity indexes and risk analytics. “It’s really a black box.”

Jim Hawley, a business professor at St. Mary’s College of California, suggests that a large number of companies have convinced themselves that strong environmental stewardship is worth it because being resource-efficient saves them money. “A lot of firms say, ‘Oh, it pays for itself—and it brands us as green,’” says Hawley, who is also head of ESG Research at TruValue Labs, a supplier of sustainability data.

But they’ve had a tougher time making the connection between investing in their workers and higher profits—even though plenty of evidence exists that the link is there.

Telling is Fortune’s own Change the World list. Of the 50 companies recognized this year for “taking on society’s biggest problems,” more than 70% were singled out for activities not related to workers, including reducing environmental impact and more effectively delivering medicine to the poor.

Of the 14 on the list that are helping workers, the majority of those are aiding women entrepreneurs, small farmers, and others in the developing world. Just a few companies were applauded for their focus on employees at home.

One was Starbucks, which is opening stores in low-income urban areas, like Jamaica, Queens, and Ferguson, Missouri, as part of a broader effort to hire disadvantaged youth. Another was Salesforce.com, which has been trying to end pay disparities between men and women. And another was Wal-Mart for raising worker pay and teaching new job skills—though critics say that the retail giant hasn’t gone nearly far enough.

“A substantial sector of the American public feels, with some justification, that the rising tide is no longer lifting all boats,” Alan Murray, the editor of Fortune, has written. “This is the pressing issue of our times.”

Given that reality, business leaders need to acknowledge this particular challenge—and tackle it in a direct way—as they consider what it really means to be socially responsible.

Taking care of the planet is imperative. But so, too, is lifting up one’s own people.