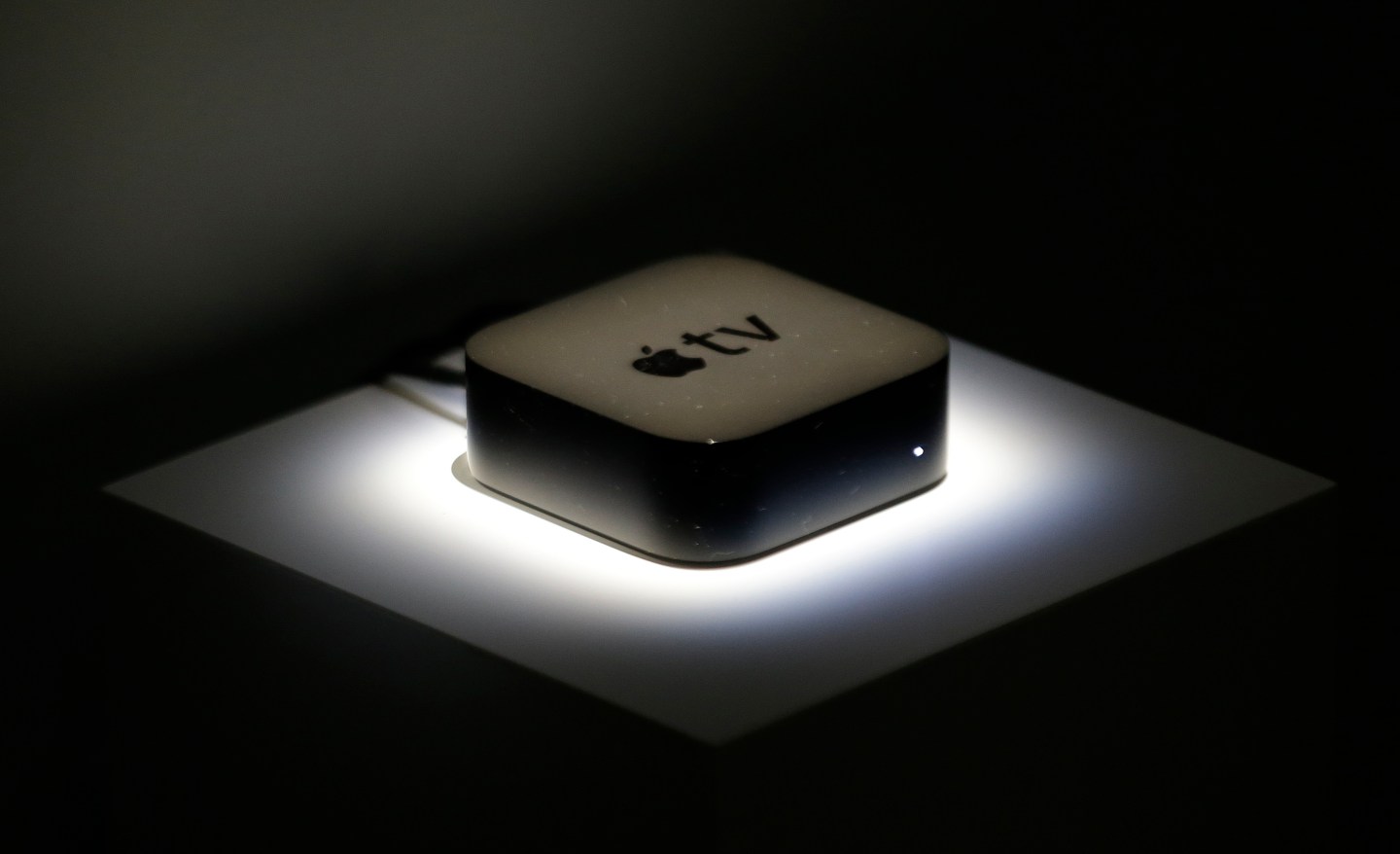 FILE - This Sept. 9, 2015, file photo shows the new Apple TV during a product display following an Apple event in San Francisco. The newly overhauled Apple TV is not just for video, photos and music anymore, but a way to bring to the big screen just about anything you can do on a phone or tablet. (AP Photo/Eric Risberg, File)
Eric Risberg — AP

Apple is reportedly planning a new feature for its Apple TV, but it’s not what the company had expected to offer.

At its press event on Thursday, Apple will announce its very own TV guide, Recode is reporting. However, sources told Recode that one of the more important streaming services, Netflix (NFLX), will not be making its way to the TV guide. It’s unclear why Netflix, one of the most popular streaming services in the world, isn’t coming to the TV guide and whether it will join the service at some point in the future.

The new TV guide feature will be available on the Apple TV set-top box, along with iOS devices like the iPhone. It will allow users to search in one spot for content across both Apple’s (AAPL) services and other streaming apps. Once the content has been found, Apple’s guide will show all the places it’s available and let users decide which apps to open to view it. The guide will also feature content recommendations.

Apple has been dipping its toes in the home entertainment market for years. However, over the last year, the company has increased its investment there by releasing a new Apple TV last year that finally shed the “hobby” stamp its predecessors carried. Apple CEO Tim Cook said during an earnings call this week that he sees big opportunities for Apple in the television market, hinting the company would expand its original content offerings.

However, reports have been circulating for more than a year, saying that Apple has big plans for the television. The company was said to be pitching a streaming TV service to compete with live television to several broadcasters, including CBS (CBS). After talks broke down with some of the television providers, however, Apple was reportedly forced to put its plans on hold in hopes of getting the broadcasters to change their minds.

Meanwhile, Apple has also reportedly held talks with major cable providers, including Time Warner Cable (TWC), to make its software the default for their cable boxes. Like the streaming TV service, though, that idea hasn’t yet come to fruition.

In the interim, then, Apple is reportedly forced to offer a TV guide—and one that won’t come with Netflix support, at that.

Neither Apple nor Netflix responded to a request for comment.