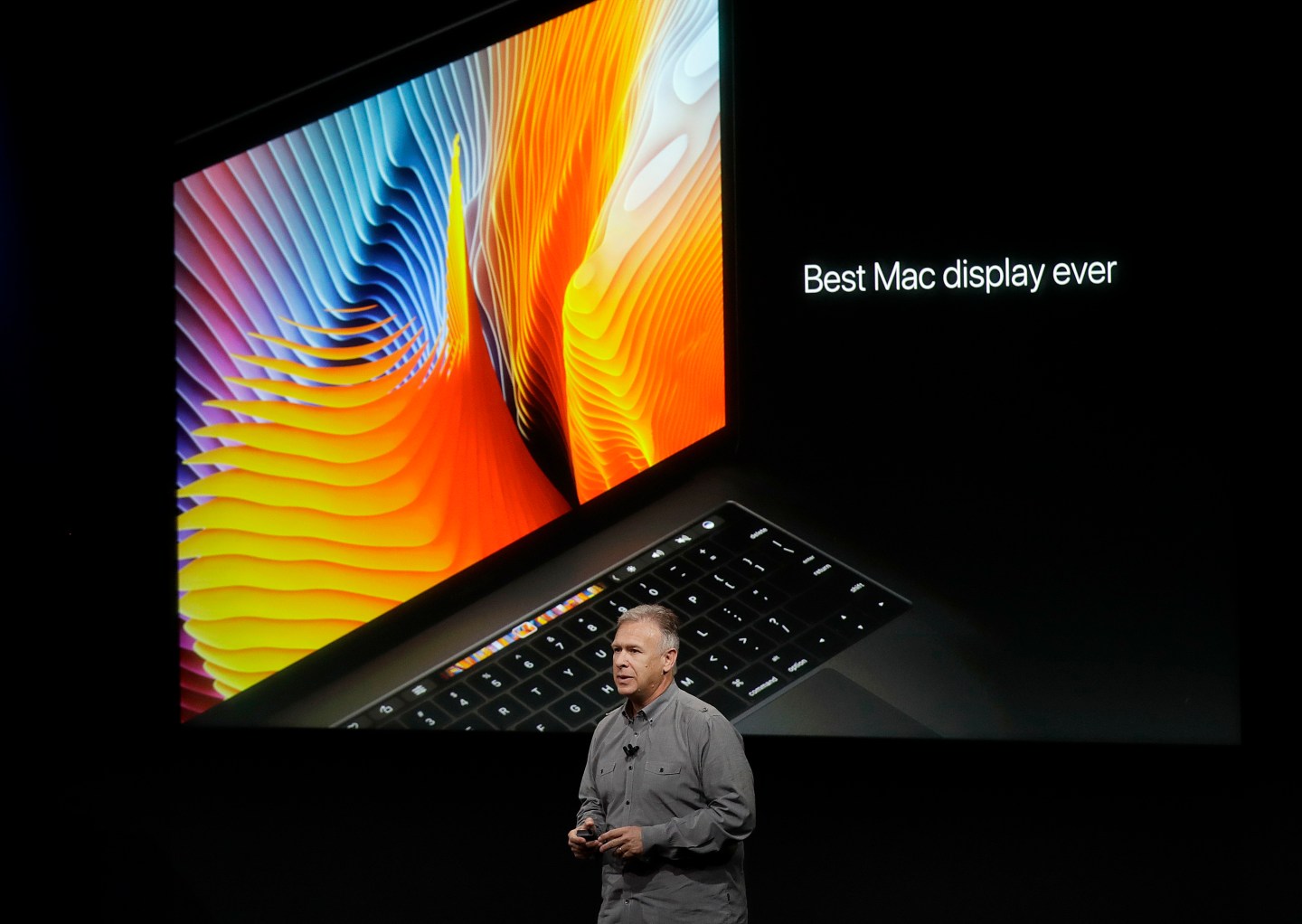 Apple made several new product announcements on Thursday, most notably a new MacBook Pro laptop with a touchscreen strip above the keyboard.

Here’s what you missed:

Apple (AAPL) introduced a pair of new MacBook Pro laptops with what’s called the “Touch Strip.” It’s a touchscreen bar that sits above the keyboard and takes the place of the function keys. The strip offers different functionality depending on the software being used — when you’re using iTunes, for instance, you would see playback controls.

For more, read: Here’s What to Know About Apple’s New Macs, Here’s What We Didn’t Get From Apple’s Mac Event

The Apple TV set-top box is getting a handful of upgrades, including a new app that helps users find video content across a range of services and providers. Notably, Netflix (NFLX) isn’t included on the app, which is called, simply, “TV.” Siri is also getting some new abilities on the Apple TV that will make it better able to handle requests like, “what football games are on right now?”

For more, read: Here’s Everything New Coming to the Apple TV, Apple’s New TV Universe Has a Few Conspicuous Holes in It

The popular LEGO-like video game Minecraft is coming to the Apple TV by the end of this year, said Apple CEO Tim Cook.

Apple’s still stilling the 13-inch MacBook Air starting at $999, but it didn’t get a significant update today, signaling it may be killed off. (The 11-inch model has disappeared.) That’s a bummer for Apple fans looking for a lower-cost laptop. Apple is also still selling a non-upgraded 12-inch MacBook starting at $1,299.

For more, read: It Looks Like Apple Is Killing Off the MacBook Air, Here What It’s Like to Use Apple’s New MacBook Pro Touch Bar, Why Apple Needs to Step Up Its Product Events Sooner Than Later

There was no news on the iMac, Mac Pro, or Mac Mini fronts.