Amazon Wants to Open 2,000 Grocery Stores Across the U.S. 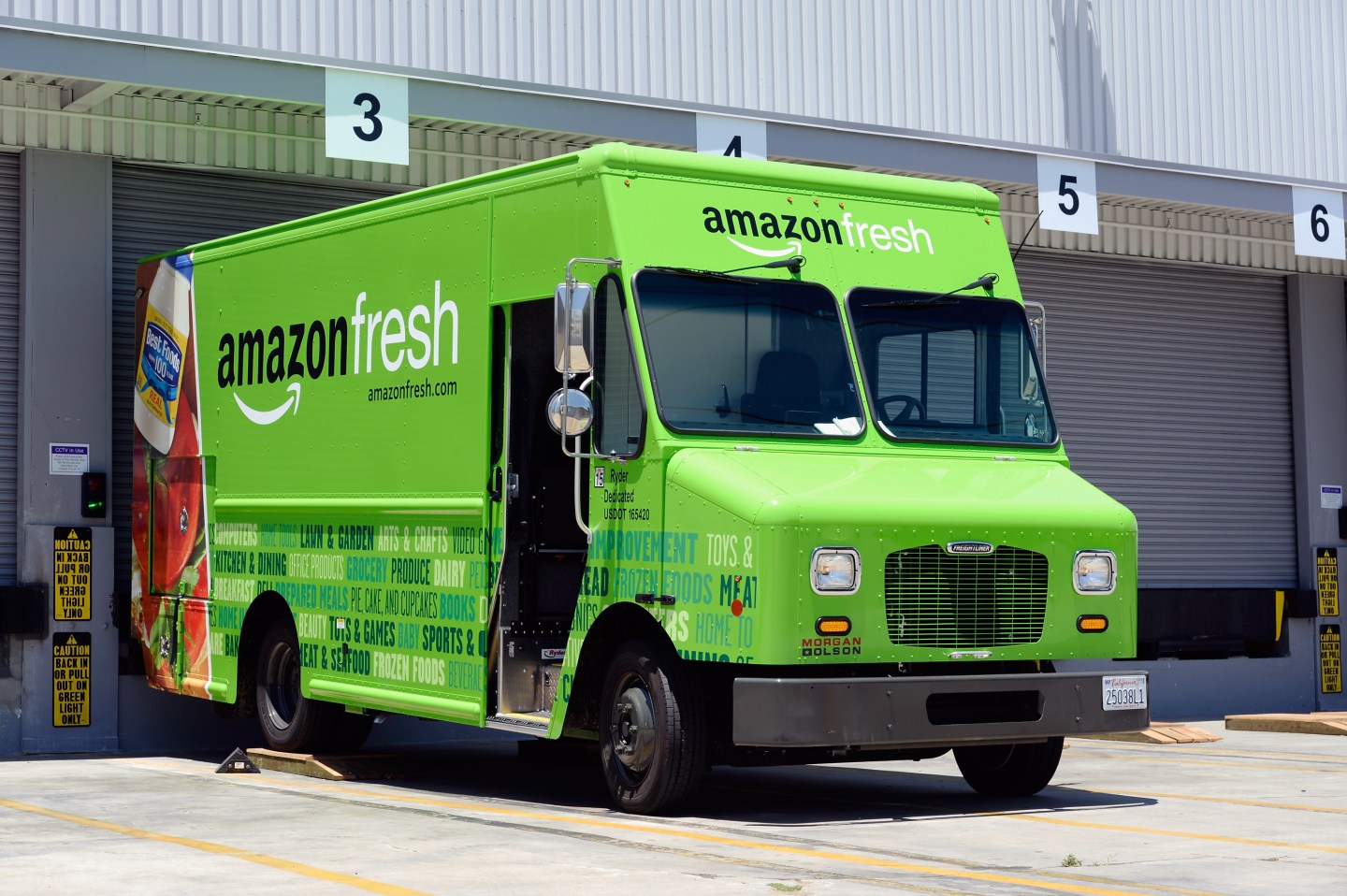 INGLEWOOD, CA - JUNE 27: An Amazon Fresh truck sits parked at a warehouse on June 27, 2013 in Inglewood, California. Amazon began groceries and fresh produce delivery on a trial basis to select Los Angeles neighberhoods free of charge for Amazon Prime members. AmazonFresh lets you order groceries and have them delivered on the same day. (Photo by Kevork Djansezian/Getty Images)
Photo by Kevork Djansezian—Getty Images

Amazon (AMZN) has big plans for its brick-and-mortar grocery stores.

The e-retailer wants to open 2,000 Amazon Fresh grocery stores in the U.S. within the next 10 years, according to documents obtained by Business Insider. Amazon will start by opening 20 stores over the next couple of years as a pilot program, while also testing out two different store concepts.

One concept is a “click and collect” store, where customers can pick up groceries they previously ordered online. The second is similar to a traditional grocery store. The documents also show that the company is considering whether or not it should make the stores exclusive to members of its grocery delivery service, Prime Fresh.

The 20 test locations are expected to open in metropolitan areas like Seattle, New York, Las Vegas, Miami, and the Bay Area by 2018.

While other retailers are struggling to compete with Amazon in the digital space, Amazon is working to pick up a slice of the brick-and-mortar business. Fortune has previously reported that the company plans to open 100 pop-up stores by next year. Additionally, pleased with results from the bookstores it opened up at the beginning of this year, Amazon says that it “definitely” plans to open up more.