Here’s How Many Pop-Up Stores Amazon Plans to Open 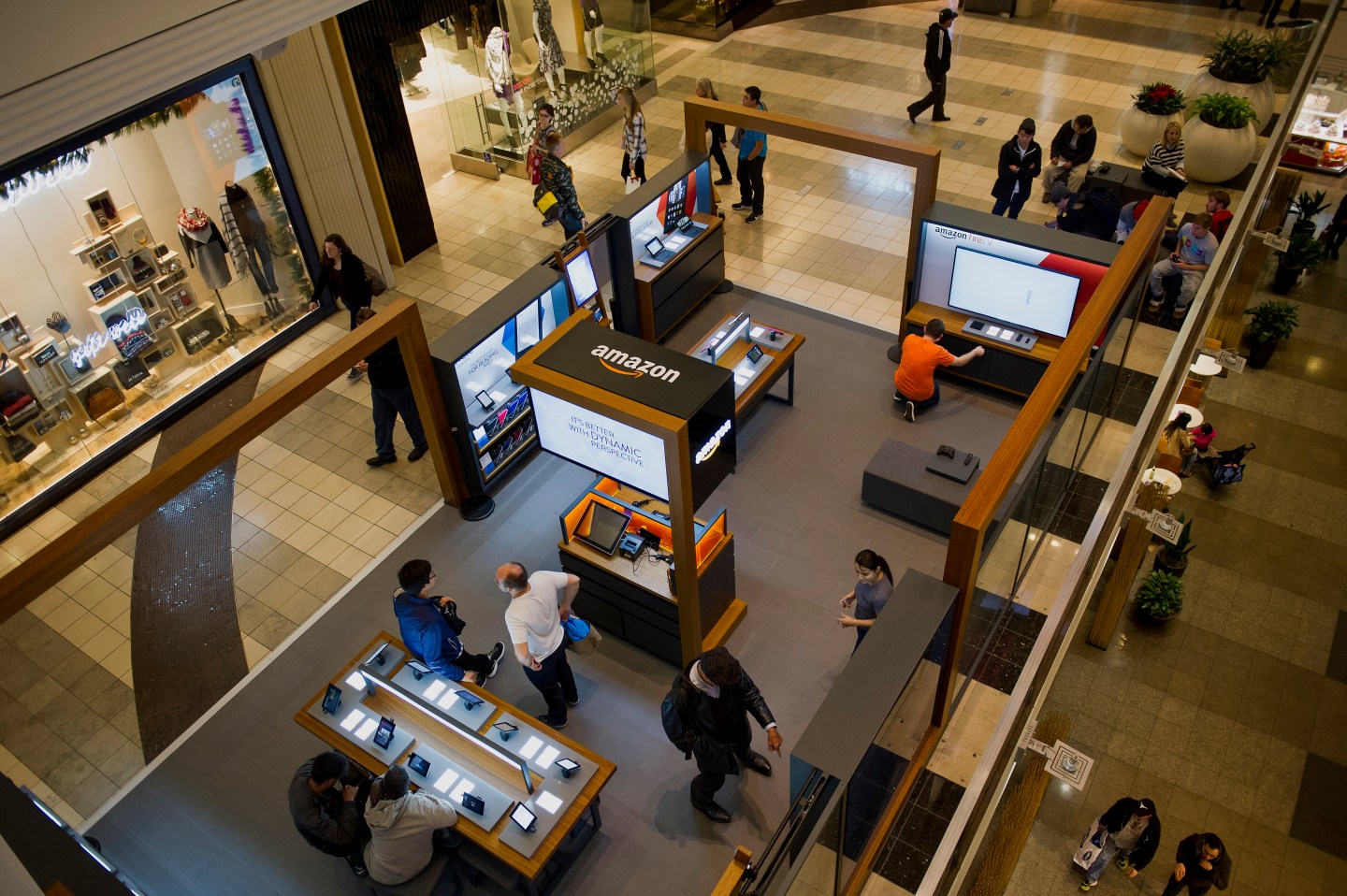 Shoppers browse items at the Amazon.com pop up store inside the Westfield San Francisco Centre on Black Friday in San Francisco, California U.S., on Friday, Nov. 28, 2014. Holiday shopping in the U.S. kicked off earlier than ever this year, leaving some customers who didn't want to skip out on their Thanksgiving celebration without the bargains they were seeking. Photographer: David Paul Morris/Bloomberg via Getty Images
Photo by David Paul Morris—Bloomberg via Getty Images

While other companies work to compete with Amazon (AMZN) in the e-commerce space, the online retailer is ramping up its physical presence.

At the end of 2015 Amazon had just six pop-up stores, which generally tend to be small kiosks in malls. That number has grown to 22 across 12 states, according to their website, and over the next year we can expect to see as many as 100 pop-ups.

These pop up locations allow consumers to experience Amazon’s various devices—Echo, Fire TV, Fire Tablets, Dash Buttons, and Kindle e-readers—before buying them. Instead of blindly placing an order online and hoping for the best, consumers can test it out and ask experts on hand any questions they may have before dishing out the money. Bonus: pop-up stores feature accessories, too.

Business Insider suggests this is a way for Amazon to drive more traffic to its website since the devices it’s offering ultimately make it easier to purchase items from the online store. This concept also has the potential to grow into something much larger than a 300-500 square foot pop-up, possibly into an Apple-like store.

This venture, however, is separate from Amazon’s bookstores. Fortune previously reported that the company is considering opening up hundreds of brick-and-mortar bookstores across the country, testing its first physical bookstore in Seattle last year. The retailer’s first east coast location in Manhattan could also open soon.