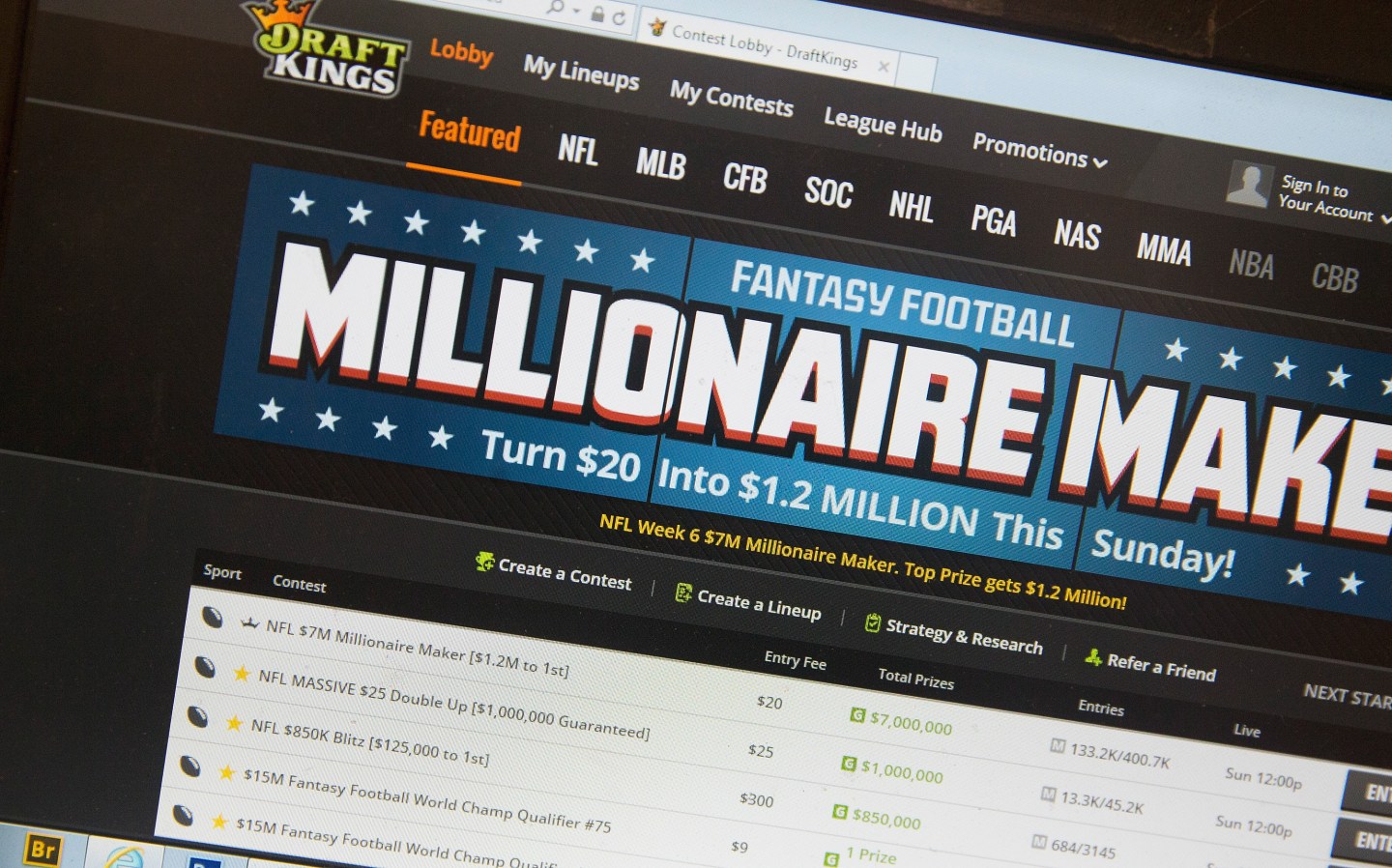 CHICAGO, IL - OCTOBER 16: The fantasy sports website DraftKings is shown on October 16, 2015 in Chicago, Illinois. DraftKings and its rival FanDuel have been under scrutiny after accusations surfaced of employees participating in the contests with insider information. An employee recently finished second in a contest on FanDuel, winning $350,000. Nevada recently banned the sites. (Photo illustration by Scott Olson/Getty Images)
Photograph by Scott Olson — Getty Images

“I’m just a regular guy, who goes to work everyday,” says Chris Prince in a FanDuel infomercial. “Anybody can win. It’s not just a game against professionals.”

On Tuesday, Schneiderman settled the case with both companies, ordering each to pay $6 million for releasing false advertisements. FanDuel and DraftKings also agreed to better disclose their terms and conditions, as well as their expected winnings in ads.

According to Schneiderman, FanDuel’s and DrafKings’ ads implied that all fantasy sports players, regardless of resources and experience, had the same chance of winning—and winning big. But in reality, just a small percentage of professional players with research, software, and large bankrolls won the majority of the jackpot.

For example, one DraftKings disclaimer cited by the attorney general’s office stated that the “average user’s winnings for the last 12 months [was] $1,263.” But that figure failed to account for fees and losses. In fact, 89.3% of players actually lost money between 2013 and 2014, the office found.

The office accused FanDuel of similar schemes, and also said that FanDuel used misleading testimonials that suggested any old Joe could play to win. For example, one television advertisement featuring a player named Scott Hanson claimed that he was a personal trainer who turned “$2 into $2 million on FanDuel.” What the company failed to disclose was that Hanson worked professionally in the sports analytics industry.

“DraftKings and FanDuel will now be required to operate with greater transparency and disclosure and to permanently end the misrepresentations they made to millions of consumers,” Schneiderman said in a statement. “These agreements will help ensure that both companies operate, honestly and lawfully in the future.”

The settlement comes as September broadcast ad sales fell 13% compared to the same month a year earlier because DraftKings and FanDuel pulled back from advertising, according to the Standard Media Index as first reported by AdWeek.

While DraftKings and FanDuel spent a combined $118 million last September, the two firms spent nearly $100 million less for the same month this year, according to MoffettNathanson.