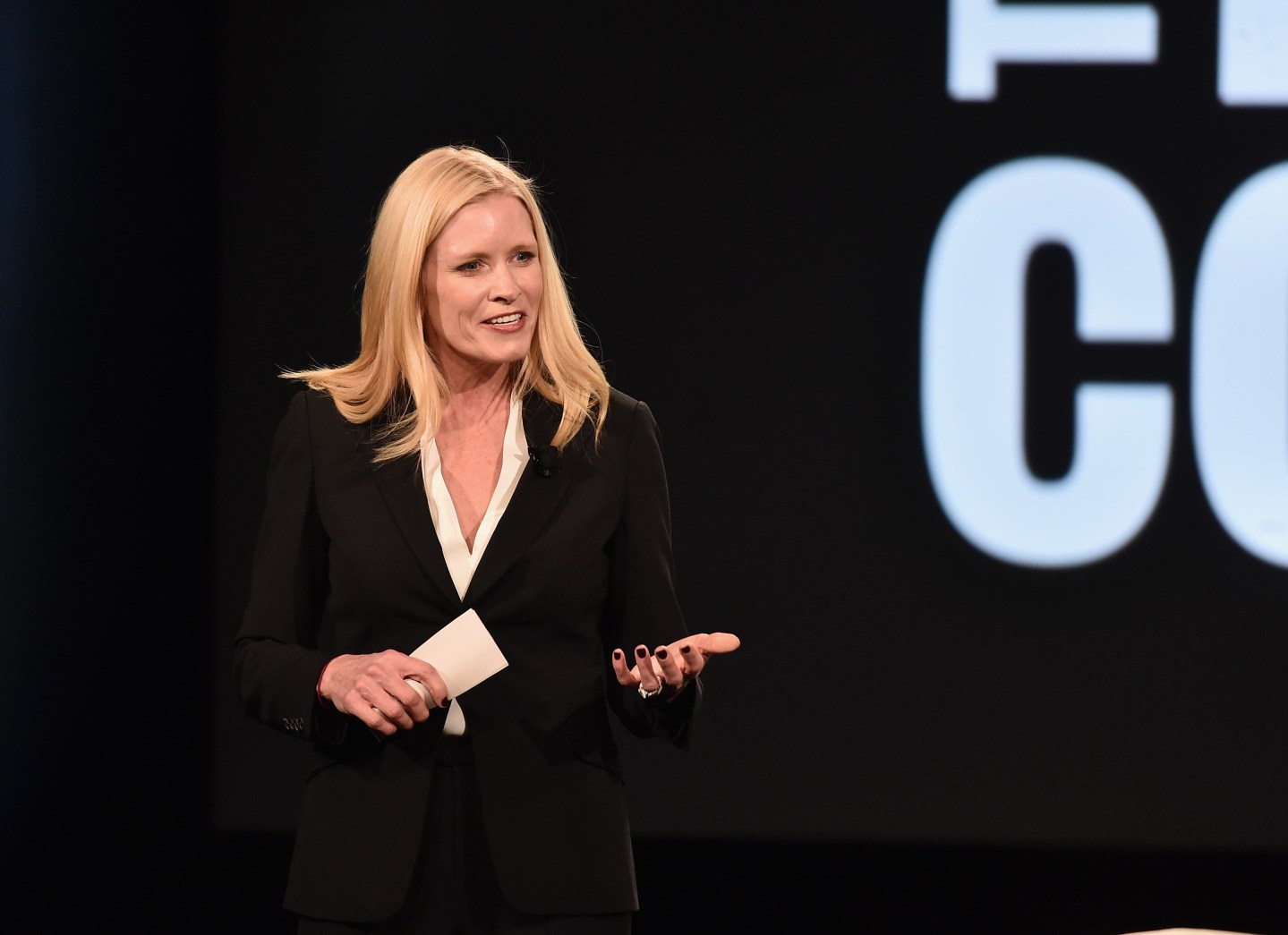 Verizon and AT&T are both giant telecommunications carriers trying to diversify as revenue growth from the wireless market slows. And both have said they’d like to get a share of the booming digital advertising market that is currently dominated by Google and Facebook (FB).

But they have radically different strategies for getting there. AT&T (T) just announced a bet-the-company $109 billion acquisition of Time Warner (TWX), which followed last year’s $49 billion DirecTV buy. By contrast, Verizon spent less than $10 billion buying AOL and Yahoo.

Both strategies aim to attract more consumers to content—particularly content on mobile phones—that can be monetized via advertising. But Verizon executive vice president Marni Walden, who oversees the digital ad push, makes a critical distinction.

“They are going after a market that exists today,” Walden said at the Wall Street Journal‘s D Live conference on Wednesday. “We’re going after where we think the market is headed.”

“I see our strategy as very different than that,” she said.

“Each one of those storefronts brings eyeballs,” she said. “And we can continue to add content and assets.”

The $4.8 billion Yahoo acquisition has not been completed yet. Questions have arisen about whether the deal will go through because of the massive hacking attack Yahoo disclosed last month. Walden said the deal still makes strategic sense for Verizon, but her company must learn more details about the extent of the hack.

“We have to careful about what we don’t know,” she said. “We’re not going to jump off a cliff blindly. We need more information.”

Asked for a worst case scenario, Walden declined to answer. “We’re hoping that in the next 60 days or less, we can have an outcome,” she said.