Why Snapchat Can Thank Women for Its Stunning Success 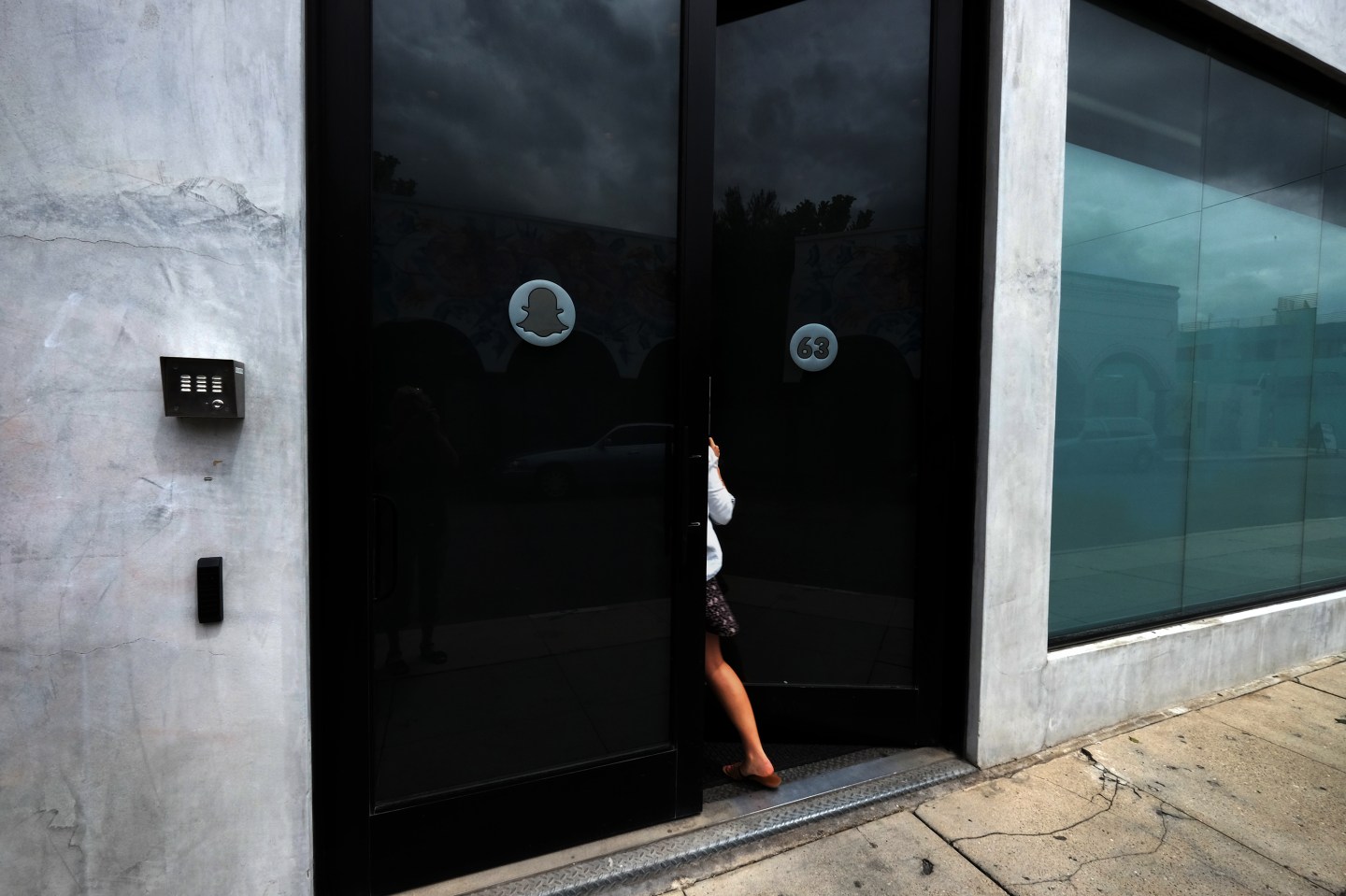 LOS ANGELES, CA - JULY 20: Snapchat offices, just off the boardwalk in Venice Beach in Los Angeles, CA on July 20, 2015. The company has little signage and presents a secretive facade. Venice is changing. While it retains a bohemian vibe it is becoming more gentrified. At the same time homelessnes is on the rise. (Photo by Bonnie Jo Mount/The Washington Post via Getty Images)
Bonnie Jo Mount — The Washington Post/Getty Images

“The world’s gone social. And women are more social than men.” When Facebook (FB) COO Sheryl Sandberg first said these words in 2010, Snapchat was just a kernel of an idea of a messaging app floating around the Stanford University campus. Fast forward to 2016: Snapchat is now Snap, Inc. and is gearing up for an initial public offering that would value the company at as much as $25 billion.

With a user base that’s only half of Twitter’s (TWTR), the valuation must be based on “phenomenal growth,” says Wedbush Securities analyst Michael Pachter. And while much of the narrative surrounding the app has centered around the youthful insouciance of its Millennial users, there’s a more important distinction that’s not getting as much attention: Most of those buzz-generating early adopters were women.

For more on Snapchat, watch this Fortune video:

While the app’s 150 million-strong user base is more or less evenly split today, in 2013, it was 70% female, CEO Evan Spiegel said at the time. The picture looks similar if you look at other major social networks (except for LinkedIn) (LNKD), according to marketing research firm eMarketer.

Women are typically the first to join; men follow suit. Consider also Nielsen’s findings that women spend more time on social media than men do, as well as more time (and money) on mobile. In the app economy, where users mean revenue, it becomes clear that anyone trying to grow their company from a school project to an IPO in five years’ time needs to pay attention to Sandberg’s words. For tech’s biggest firms, courting women has never been more important.

A version of this article appears in the November 1, 2016 issue of Fortune with the headline “Tech Companies Need Women.”