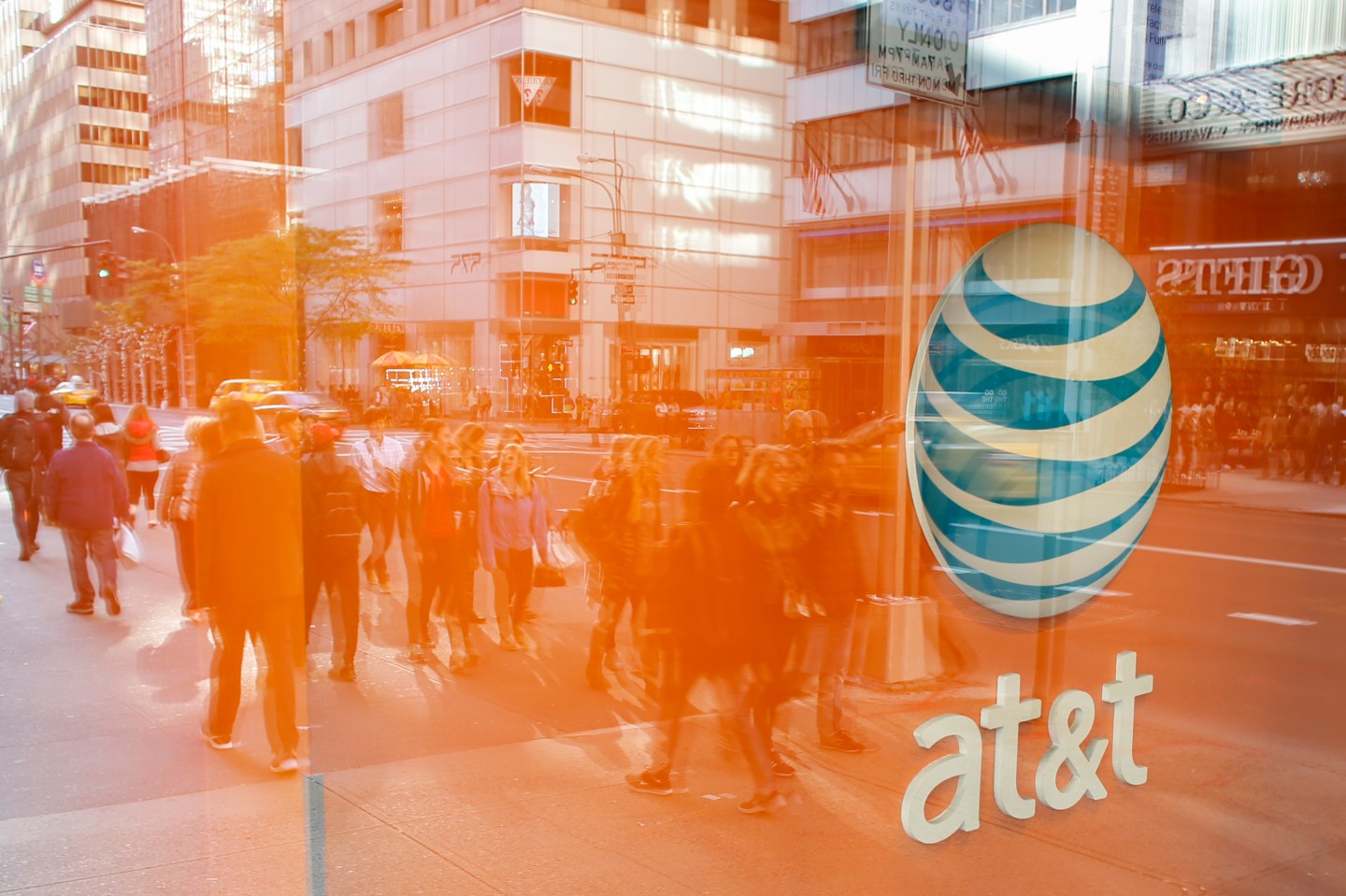 An AT&T store is seen on 5th Avenue in New York on October 23, 2016. AT&T unveiled a mega-deal for Time Warner that would transform the telecom giant into a media-entertainment powerhouse positioned for a sector facing major technology changes. The stock-and-cash deal is valued at $108.7 billion including debt, and gives a value of $84.5 billion to Time Warner -- a major name in the sector that includes the Warner Bros. studios in Hollywood and an array of TV assets such as HBO and CNN. / AFP / KENA BETANCUR (Photo credit should read KENA BETANCUR/AFP/Getty Images)
Kena Betancur — AFP/Getty Images

The presidential election is just two weeks away, the Chicago Cubs made the World Series (versus Cleveland, no less) and the biggest national headlines this past weekend were about something else entirely: AT&T (ATT) agreeing to buy Time Warner (TWX) for $85.4 billion.

For now, let’s leave aside all the lazy talk about how this is destined to become AOL-Time Warner Part Duex, just because it’s a mega-merger involving Time Warner and a distribution+content thesis. This thing might also prove to be a colossal mess but, if so, it’s unlikely to be for the same reasons (namely the obscene overvaluation of AOL just before dial-up died and the broader dotcom bubble burst).

Instead, here are some notes from sources familiar with the deal:

Origin story: AT&T CEO Randall Stephenson has long said privately that if he could buy any company, it would be Time Warner (he considered Disney to be too big a bite). And that interest was only elevated by AT&T’s prior purchase of DirectTV, which gave AT&T additional delivery pipes without a steady flow of proprietary content. So AT&T contacted Time Warner back in August, with Dallas-based Stephenson flying to New York City to meet with Time Warner CEO Jeff Bewkes. This was also a 1:1 proprietary deal, rather than an auction process.

Why now? We’re not supposed to be talking about this deal today. The companies originally were on track to finalize their agreement shortly after the election, which would have saved them this past weekend’s stump scrutiny (Donald Trump, for example, said the deal must be blocked ― while Tim Kaine already expressed serious reservations). But then came a leak via Bloomberg last Thursday, which caused the two companies to rapidly accelerate their time table.

Regulatory risk: Yeah, it’s huge (which perhaps is why Time Warner stock is down in early Monday trading). The two companies are expressing all sorts of confidence about how they don’t really have overlapping businesses, but here’s how you know they’re actually worried: AT&T only has to pay $500 million to Time Warner if regulators block the deal. This is the same AT&T that agreed paid Deutsche Telekom a whopping $4 billion when its $39 billion for T-Mobile deal collapsed under regulatory pressure ― explicitly because it had so few concerns that such pressures would be brought to bear. You could certainly argue ‘once bitten twice shy’ here, but could also say that this smaller termination fee reflects some real fears.

Next? This deal is expected to take a couple of years to get done (again, assuming it does get done), but it shouldn’t take that long for M&A reverberations. Expect lots of smaller distribution+content deals, albeit not necessarily in the same direction (could Disney/Netflix reemerge?).