This Startup Teaches Coding and Entrepreneurship to Prisoners 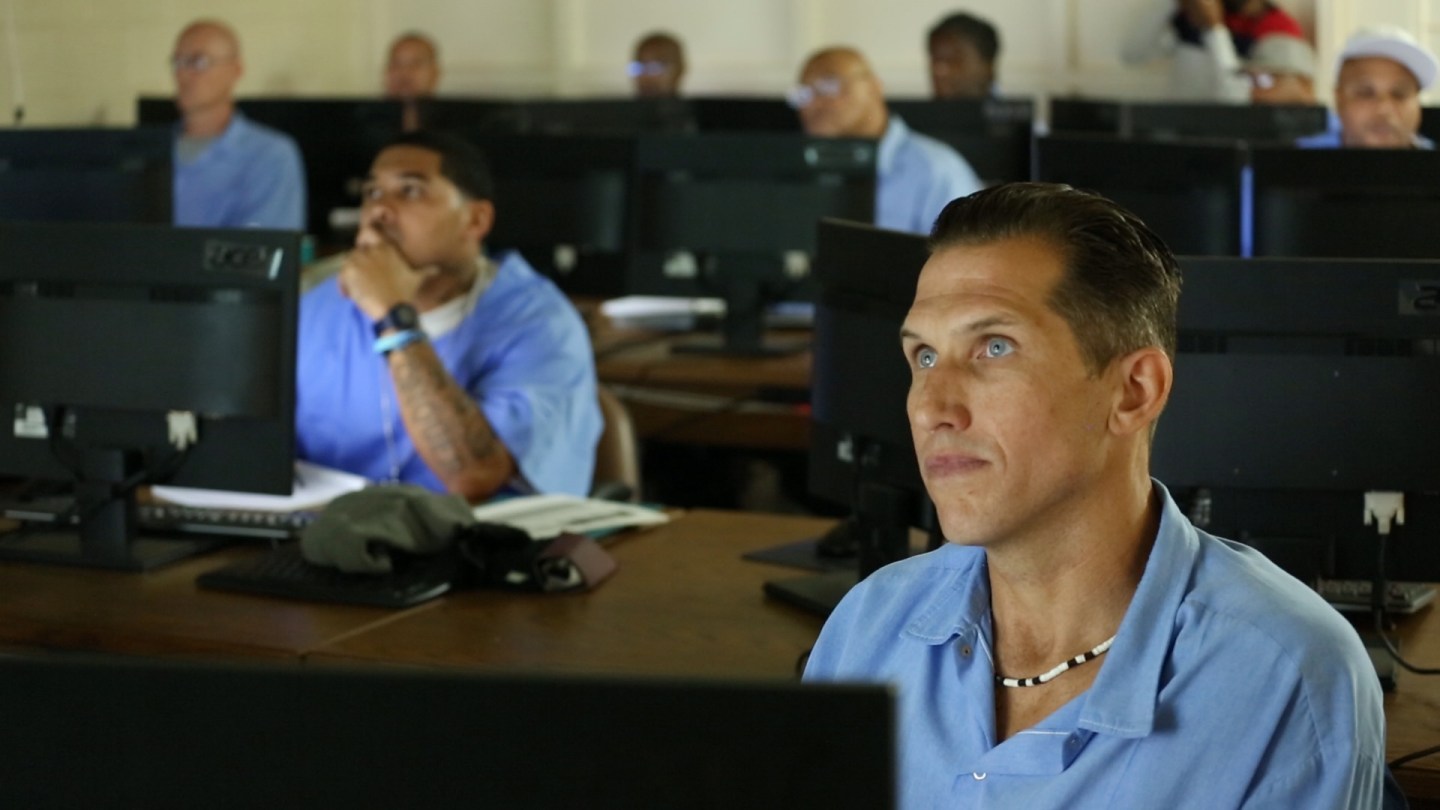 The Last Mile aims to give inmates a fighting chance at a job after they’re released by teaching students entrepreneurial, business, and web development skills.

“There’s just a revolving door at the front of the prison gate, and for me, that made absolutely no sense,” said The Last Mile co-founder Beverly Parenti, when describing systemic recidivism. “We believe that having a job is the key to successful reentry and breaking the cycle of incarceration.”

By some accounts, 76% of prisoners are rearrested within five years of their release.

In 2010, Parenti, cofounded The Last Mile with her husband, Chris Redlitz. The Last Mile was inspired by the inmates Redlitz met at California’s San Quentin State Prison while he was there to give a speech on business and entrepreneurship. “The questions they asked were so intelligent and so targeted,” Parenti recalled her husband saying. “And some had business plans they wanted to hand to him.”

Redlitz and Parenti had been part of the Silicon Valley startup scene for years and they had previously founded the business accelerator, Kicklabs. When they launched The Last Mile in 2010, they devised a program to mirror the incubators and accelerators found on the outside–including lessons on how to pitch your business, find revenue streams, write a business plan, and develop a marketing strategy. Inmates present their business plans to an audience of business leaders and fellow inmates on demo days.

Parenti and Redlitz have invited CEOs and founders to come in as guest lectures and visitors, including a visit from Mark Zuckerberg last year.

Duncan Logan, founder and CEO of tech coworking accelerator RocketSpace was another visitor. After watching inmate Chrisfino Kenyatta Leal’s demonstration, Logan offered him a job should he ever find himself on the outside. Thanks, in part, to a change in California’s three-strikes law, Leal is now the manager of campus services at RocketSpace and has hired another former inmate as well. (Leal wrote about his life in and out of prison in a Huffington Post essay.)

“When someone is released from prison, the likelihood of them starting a tech company at day one is highly unlikely,” said Parenti. “So we help them get placed in internships in companies in the tech community so that they would understand how to assimilate and create a culture and also how business works.”

In 2014, the program expanded to add a coding academy to its entrepreneurship program. Students still pitch a business plan, but now they have the skills—including HTML, CSS, JavaScript, and WordPress—to build a website to go along with it.

“It’s taking the idea from the entrepreneur program and going one level further,” said Parenti.

Of course, prisoners don’t have internet access, so coding is a bit different than at other coding academies. The Last Mile has created a simulated environment by caching all the resources needed in order to teach coding skills. Prisoners have text editors and rendering programs, so they’re able to see if their code is accurate or not, Parenti explained.

Lack of internet access isn’t the only way The Last Mile’s coding academy is different.

“There are people in the program who have never seen the net,” Parenti said. “They’ve been incarcerated that long that they’ve never had an online experience.”

In September, The Last Mile launched in three other California prisons including Folsom Women’s Facility.

“Starting the women’s facility for me is a personal goal that I’ve been working toward since we began,” said Parenti. “I’m so excited about giving the women equal opportunity in technology.”

September also marks the launch of The Last Mile Works. Graduates of The Last Mile coding program in San Quentin will be eligible to work on web development services for clients on the outside that hire through the program. Inmates will earn wages and be able to save money while they’re learning skills and building a portfolio of their work.

The Last Mile’s mission has always been to give inmates relevant skills with the hope that landing a job on the outside will help them stay out of prison for good. But Parenti found that inmates were helped too just by the act of going to these classes and learning new skills.

“When they’re in the classroom they forget that they are incarcerated,” said Parenti. “It gives life some meaning in the darkest of places.”