Takata’s Faulty Air Bag Is Now Linked to 11 Deaths in the U.S. 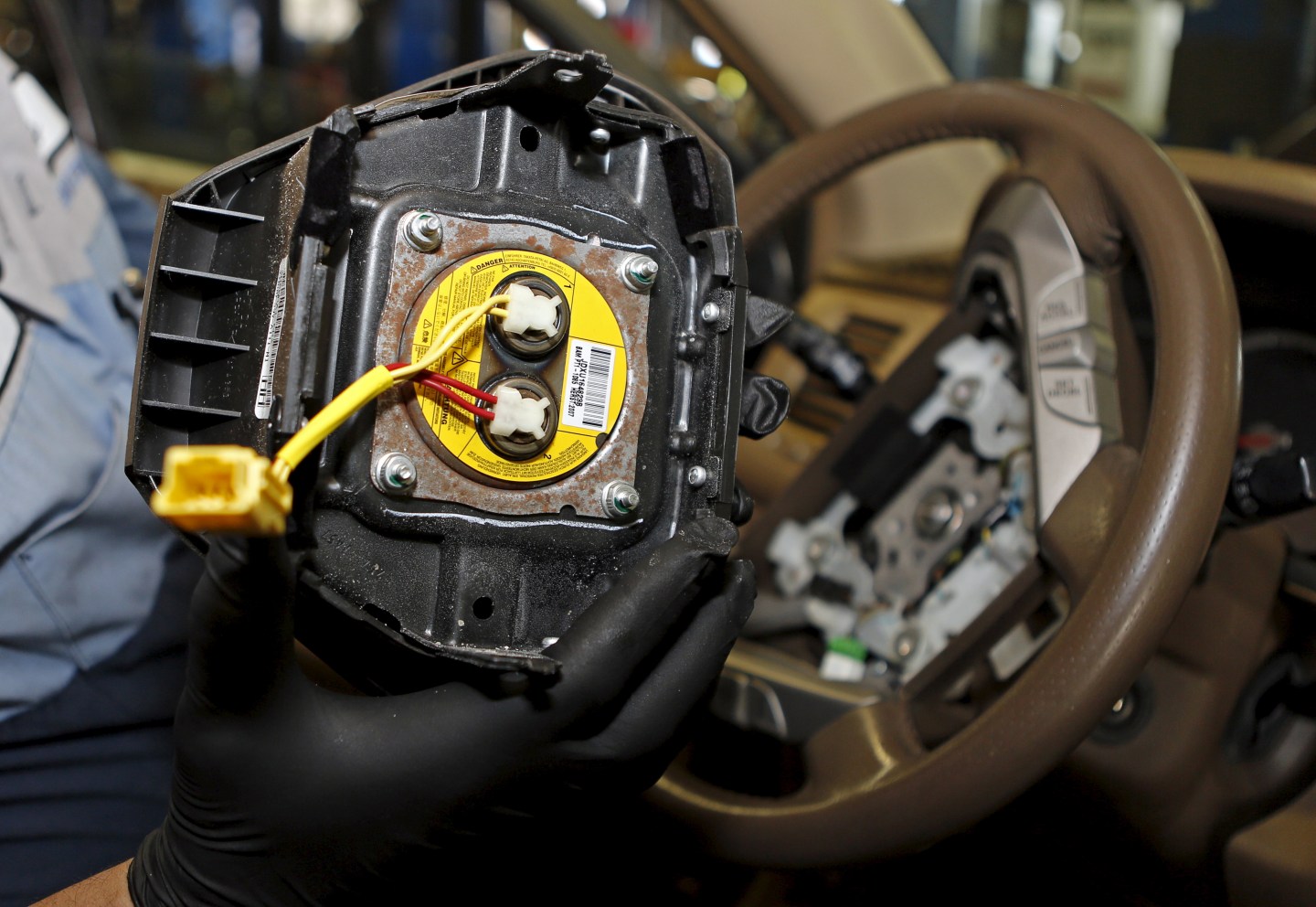 At least 16 deaths are now linked to the defect, including five in Malaysia, that prompted the recall of nearly 100 million air bag inflators worldwide by more than a dozen automakers.

The U.S. National Highway Traffic Safety Administration (NHTSA) said a 50-year-old woman died after a Sept. 30 crash in Riverside County, California in a 2001 Honda Civic that was first recalled in 2008 and never repaired.

This is the first U.S. death reported from a Takata (TKTDY) inflator since a 17-year-old high school senior died in Texas in March in a moderate speed crash. Automakers have fixed about 11.4 million inflators in the United States to date — leaving more than 20 million unrepaired. The defective air bag inflators deploy with too much force sending metal fragments flying.

Honda said in a statement Thursday that more than 20 recall notices were mailed over nearly eight years to registered owners of the vehicle in the deadly California crash.

The victim was identified as Delia Robles, a Corona, California resident who died at a hospital after a crash at a Riverside intersection, the coroner’s office said.

Nine of the 11 U.S. deaths have been reported in 2001-2003 model Honda and Acura vehicles that in June NHTSA classified as high risk and urged owners to immediately stop driving until they got repairs. The 313,000 vehicles identified in June have as high as a 50% chance of a dangerous air bag inflator rupture in a crash, NHTSA said citing test data.

Takata spokesman Jared Levy said the “tragedy underscores the importance of replacing those airbag inflators that have been recalled by automakers.”

Honda said previously it had already repaired more than 70% of the original group of 1.08 million vehicles recalled with this specific version of the inflator deemed high risk.

In May, NHTSA said 17 automakers will be required to recall another 35 million to 40 million U.S. air bag inflators assembled by Takata by 2019.

Takata is seeking a financial investor to help pay for huge liabilities from the world’s biggest auto recall.

Five bidding groups, who are the air-bag maker’s creditors and customers, will meet with Takatathis month in New York, Reuters reported last week, citing people familiar with the matter said.