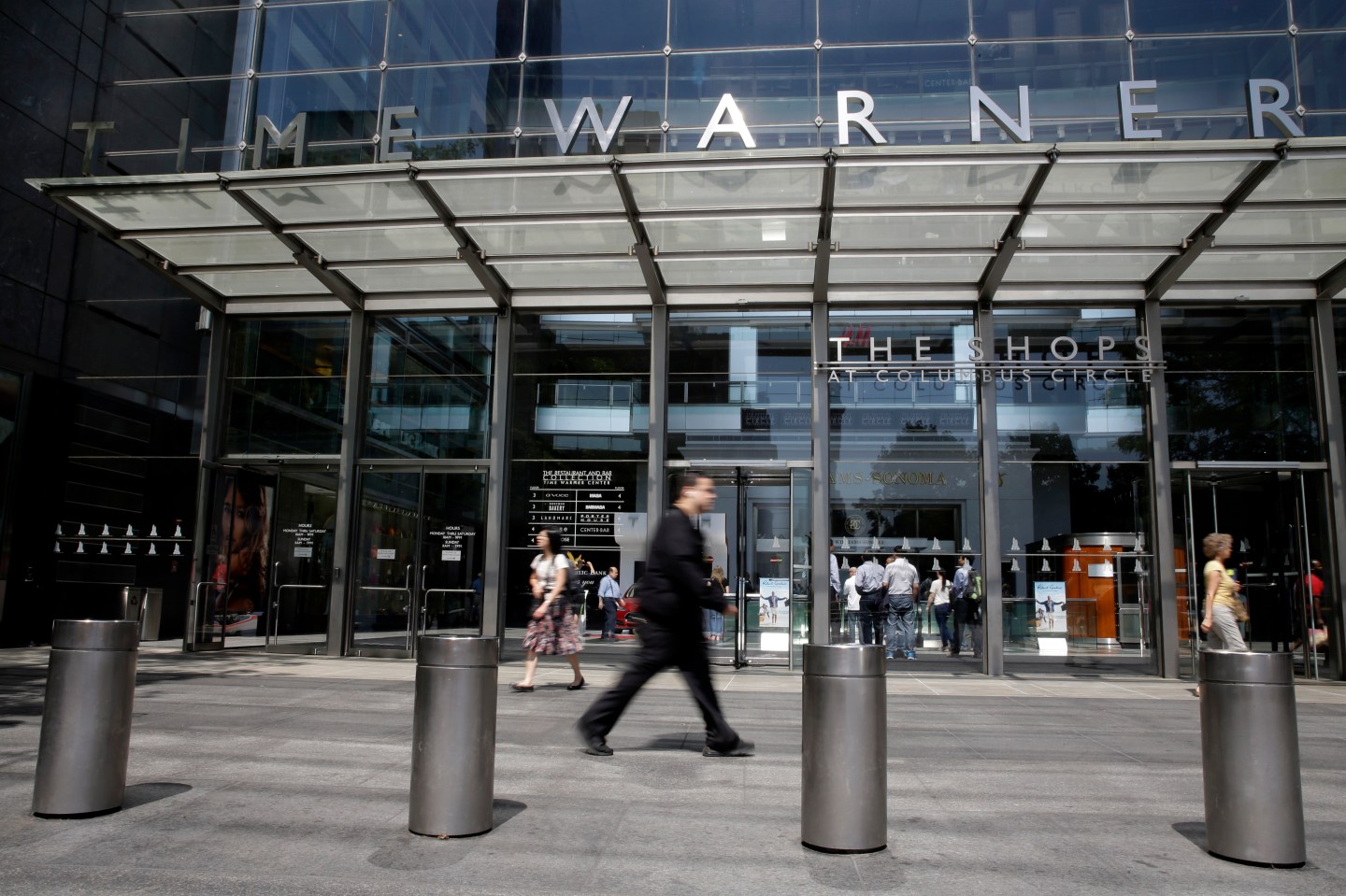 Pedestrians walk past the Time Warner Center, home of the headquarters of Time Warner Cable, Tuesday, May 26, 2015, in New York. Charter Communications will spend $55.33 billion to acquire Time Warner Cable in a cash-and-stock deal that would instantly create one of the largest pay-television and broadband operators in the U.S. (AP Photo/Mary Altaffer)
Mary Altaffer — AP

Senior executives of telecommunications company AT&T and media conglomerate Time Warner have discussed various business strategies including a possible merger in recent weeks, Bloomberg reported on Thursday, citing people it said were familiar with the matter.

Neither side has yet hired a financial adviser, Bloomberg said.

AT&T has been seeking to transform itself into a media powerhouse, most recently buying satellite TV provider DIRECTV.