The Biggest Difference Between Trump and Buffett on Taxes 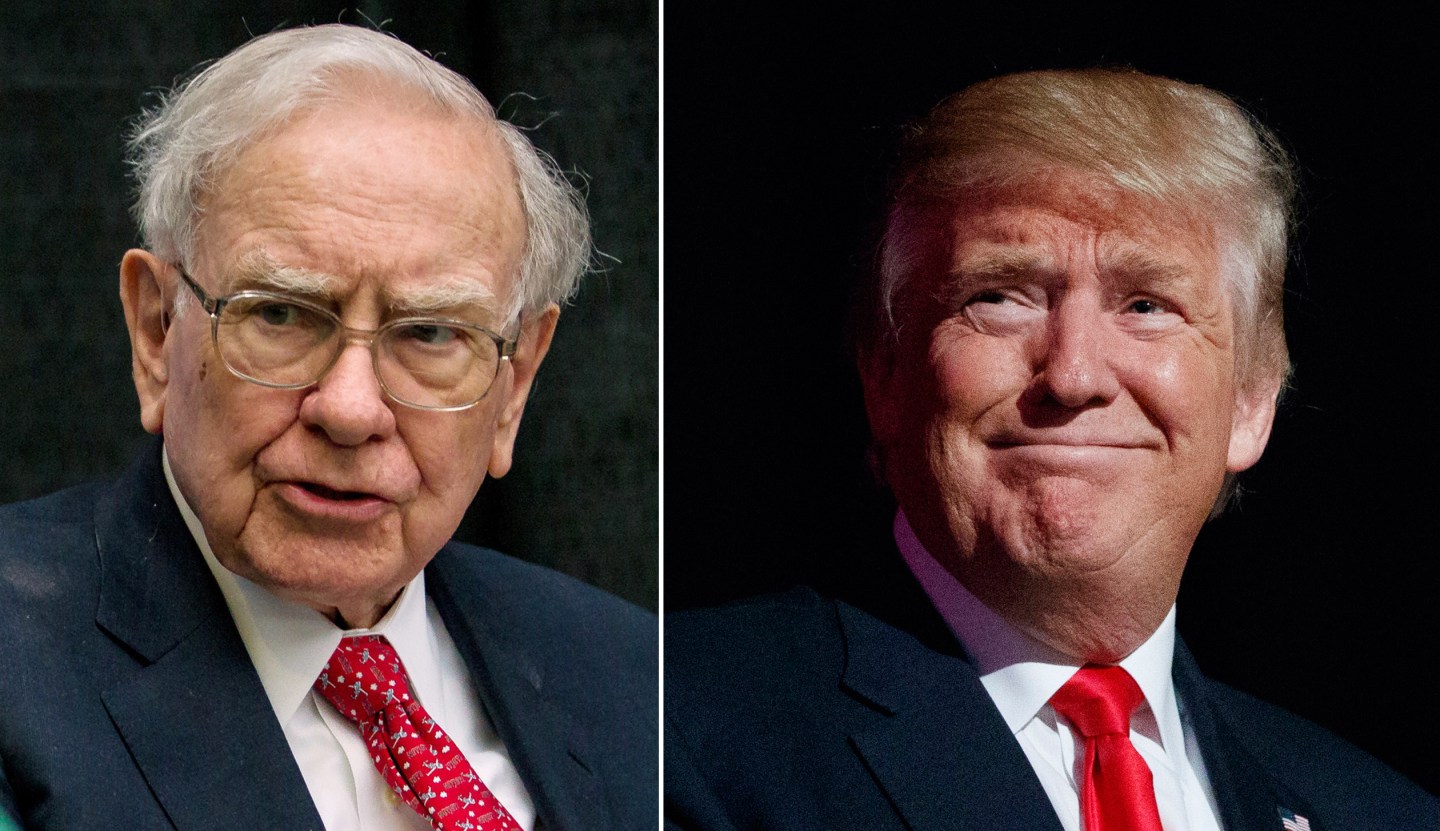 Donald Trump’s personal federal taxes and his views on taxation in general have come under scrutiny in recent weeks, and are likely to be an issue in Wednesday’s final presidential debate. Since Trump has refused to release his personal federal tax returns, critics have speculated that he has paid minimal to no federal income tax in many years. During the first presidential debate, Trump triumphantly stated that not paying taxes “makes me smart.” He argued that as a successful businessman, he has an obligation to minimize his tax liability through all legal means.

During the second debate, when asked about a leaked $916 million tax loss he reported in 1995 that potentially allowed him to avoid paying taxes for well over a decade, Trump reiterated his stance and went a step further, stating that other high-income individuals such as Warren Buffett share his view. Buffett responded the next day with a strongly worded statement that he has never deducted a tax loss similar to Trump’s, adding that he has paid federal income taxes every year since he was 13 years old.

From a legal standpoint, Trump is free to deduct as much taxable income as he is able. He also has no legal obligation to release his returns. Federal tax returns are private documents that contain highly confidential information about a taxpayer and their business and personal activities.

Where Trump and Buffett fundamentally disagree, however, is over whether high-income individuals have a moral obligation to pay taxes beyond the minimum required by law. Trump apparently subscribes to the view that an individual, regardless of income level, has no ethical obligation. He has justified his view partly on the belief that the government is inefficient and wasteful, such that paying additional taxes would not provide additional societal benefit.

Tax law provides numerous opportunities to reduce or eliminate one’s tax liability, and Trump takes utmost advantage of these. Since many of these provisions are motivated by Congress’s interest in equity or economic growth, Trump’s position seems to be that utilizing any of these provisions is not only ethical, but fulfilling Congress’s original intent in enacting the provision. Judge Learned Hand summed up this position best in 1934: “Any one may so arrange his affairs that his taxes shall be as low as possible; he is not bound to choose that pattern which will best pay the Treasury; there is not even a patriotic duty to increase one’s taxes.”

Buffett’s view is quite different. He believes that the rich have a moral obligation to pay a higher proportion of income taxes and has advocated for what’s known in the policy world as the Buffett Rule—a 30% minimum effective tax rate on millionaires. (The rule, while first included in President Obama’s 2011 tax plan and in subsequent budgets, has never been enacted.) He believes that these additional taxes will contribute significantly to the common good.

In his response to Trump’s claim, Buffett revealed that he paid $1.85 million in federal income tax on an income of $11.56 million in 2015, an effective rate of 16%. While this rate is based upon Buffett’s income before deductions, an effective rate of 16% supports Buffett Rule advocates’ claims that millionaires are not paying their fair share. Clearly, tax savings were not Buffett’s priority: He was only able to write off $3.47 million of his $2.85 billion in charitable contributions that year, since those deductions are limited to 30% of income.

Buffett does not advocate that high-income individuals voluntarily pay more taxes, but that the law itself be changed to require them to pay more. He has also called for raising the capital gains tax rate and for raising or removing altogether the wage cap on Social Security taxes.

The debate over a moral obligation to pay more in taxes goes back decades. During World War II, millions of Americans viewed paying income tax as a patriotic duty to support the war effort. Buffett alludes to this when he mentions that his first tax payment was in 1944. That view has changed since then. Americans feel good about paying taxes when they see the benefits that result, such as winning a war or conquering poverty. When those benefits are not readily visible or valued, this willingness is reduced.

The idea of a moral tax obligation is ambiguous. How would one calculate a morally correct tax liability? This ambiguity would carry over to the government as well. Budgeting becomes problematic when revenue projections are based on a moral code in addition to a legally enforceable tax code. Relying on a statute provides clarity and predictability. Any shortfall in the tax obligations of a high-income individual—or any individual, for that matter—should be addressed through legislative action and the enforcement of existing law.

Stephen C. Gara is an associate professor of accounting at Drake University.